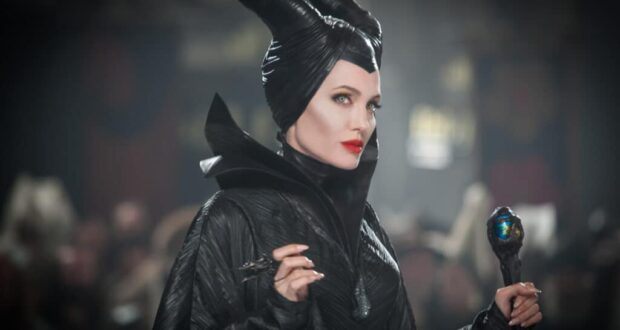 Any movie viewer who has seen the American actress Angelina Jolie in action movies like Wanted, Salt, Mr. and Mrs. Smith, or The Tourist knows that the actress is the unrivaled queen of intimidating, alluring, and all-around regal stares. Disney fans will be even more certain of this after seeing her in Maleficent and Maleficent: Mistress of Evil, when she managed to master her staredown even more as a classic Disney villain, so we’re not surprised to see that the queen of staring contests reigned supreme in an Eternals staring contest with her co-stars from the new Marvel movie! Check out the contest results and clips from some of her other movies below to see Angelina Jolie’s signature charisma and staredowns in action.

It’s Angelina Jolie 🆚 the Cast of Marvel Studios’ #Eternals in the ULTIMATE staring contest 👀 Watch the stars face off and don’t miss experiencing the film only in theaters THIS FRIDAY! Get Tickets: https://t.co/RilTsyZ1Ih pic.twitter.com/v08CDsYdOf

Even though Angelina Jolie is known for her devotion to humanitarian efforts, her self-deprecating humor, and her surprisingly goofy personality in real life (see her recent Halloween costume for proof of that), the actress and mother of six has still kept her grit and intimidation factor throughout her career. It’s clear from this staring contest that her presence still unnerves her Eternals co-stars too (even Salma Hayek) and that we can expect great things from the warrior character that she’s playing in the movie!

The cast of Eternals has demonstrated a close bond in the past two weeks as the press tour for the new Marvel Studios movie (and one of the more unique additions to the Marvel Cinematic Universe) proceeds on an international scale. Whether they’ve been commiserating in interviews or posing in eye-catching looks on red carpets, the cast has been consistently impressing audiences and fans alike. Time will tell if their close connections to one another and their sense of family have been woven into Eternals as well! Will you be heading to theaters to see Angelina Jolie and her fellow Celestials in Marvel Studio’s Eternals when it premieres on November 5th?