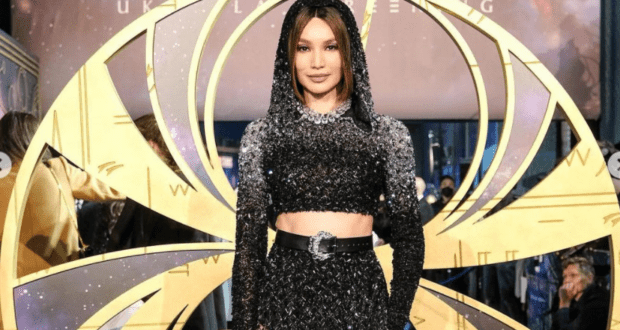 It’s been no secret that English actress Gemma Chan, who plays the human-loving and gentle Sersi in Marvel Studio’s upcoming movie “Eternals“, is a favorite among audiences worldwide. The actress is renowned for her gentility, her humor, and her talent–but she’s also known for her beauty and for her sartorial choices! Tonight, Gemma seemed to reference the Disney princesses of old — mixed with some distinctly intergalactic touches that seemed to acknowledge the Celestials in “Eternals” just like one of her other famous outfits has recently — by incorporating a gorgeous hood in her Zuhair Murad ensemble. Check out the eye-catching mini-cape below! 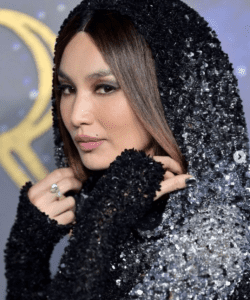 Her makeup artist Alex Babsky and manicurist Michelle Class dubbed Gemma the “cosmic red riding hood” for the night. While Red Riding Hood isn’t necessarily a Disney princess or a Disney character, we can definitely see some parallels between cape-donning Disney heroines like Belle, Aurora, Snow White, and even some Disney villains like Mother Gothel or the Evil Queen! In fact, it might even be safe to say that Gemma Chan’s night-sky cape leans a bit more towards the villainous side of the Disney spectrum! 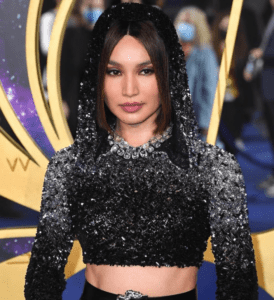 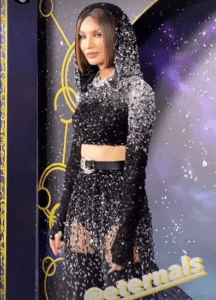 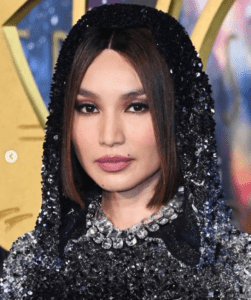 During the “Eternals” press tour so far, it seems like the movie’s A-list cast has consciously tried to reference the movie’s intergalactic and century-spanning themes in their outfits. Some of the most notable choices were Angelina Jolie’s unusual lip jewelry (which seemed to tie into her warrior character Thena’s style) and Gemma’s use of soft, feminine detailing in her initial press junket dresses (no doubt a reference to her character Sersi’s gentle, loving nature). But Gemma has definitely started to veer more towards the dramatic dark side with her European red carpet choices, and we’ll be curious to see what comes next between now and the Marvel Studios movie’s theatrical premiere on November 5th! 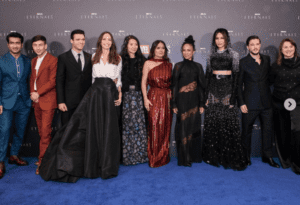 Angelina Jolie Celestials Eternals Gemma Chan Kit Harington Marvel Marvel Cinematic Universe marvel studios Richard Madden 2021-10-27
Sharon
Previous: Oaken Is Hosting A Frozen Dining Adventure Aboard the Disney Wish, and We Have A First Look At The Character
Next: Singles for “You Are the Magic” and the “Harmonious” Soundtrack to be Released Friday, October 29 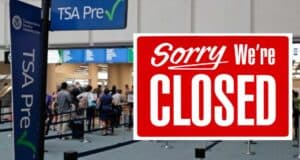