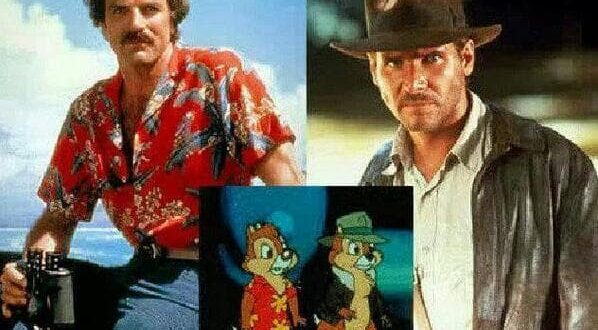 Before ‘Rescue Rangers’: Everything You Need to Know About Chip ‘n Dale

Chip and Dale are two of the most lovable characters in the Disney cartoon cannon. Though not officially considered a part of Mickey & Friends, they are adorable and mischievous side characters who always bring extra fun to a story. Usually, these stories paired them with Mickey’s best pal Pluto or Donald Duck. The adorable chipmunk pair first debuted in 1943’s Private Pluto, a cartoon where Pluto entered the United States Military. Coming out two years into the U.S. entrance into World War Two, this was one of several Disney cartoons of the time which sought to brighten spirits on the home front. The lively cartoon consequently involves the squeaky-voiced chipmunks thwarting many of the attempts of Private Pluto to be a good soldier in increasingly comical ways. 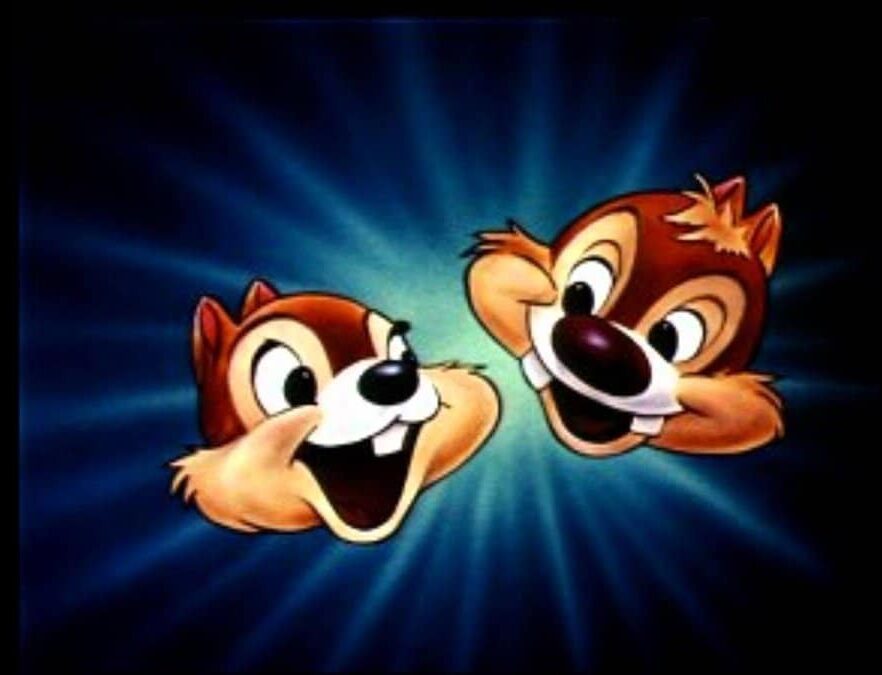 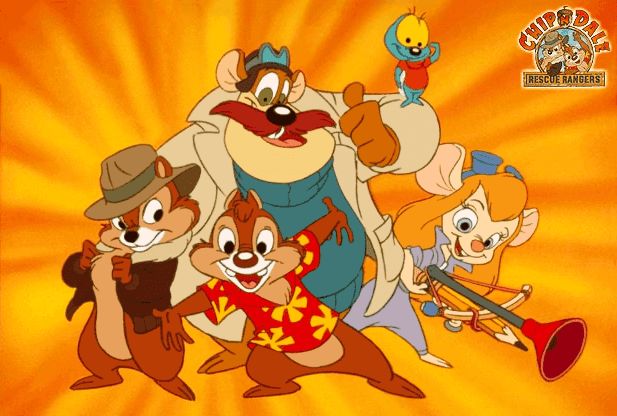 Chip ‘n Dale Rescue Rangers is the series that, in this writer’s opinion, really solidified Chip and Dale as individual characters with distinct personalities. Before the series debuted, the only way that fans could distinguish Chip and Dale was their noses, with Chip’s nose being small and black (like a chocolate “Chip”) and Dale’s being larger and red. Rescue Rangers finally gave them very different styles, with Chip having an adventure-ready fedora and bomber jacket (Indiana Jones reference) and Dale featuring a slightly unbuttoned Hawaiian shirt (Magnum P.I. reference). These looks captured their personalities; Chip is the leader of the Rescue Rangers with a fearless attitude and upright morals, while his brother Dale is more relaxed and fun-loving- though sometimes foolhardy- often serving as comic relief. 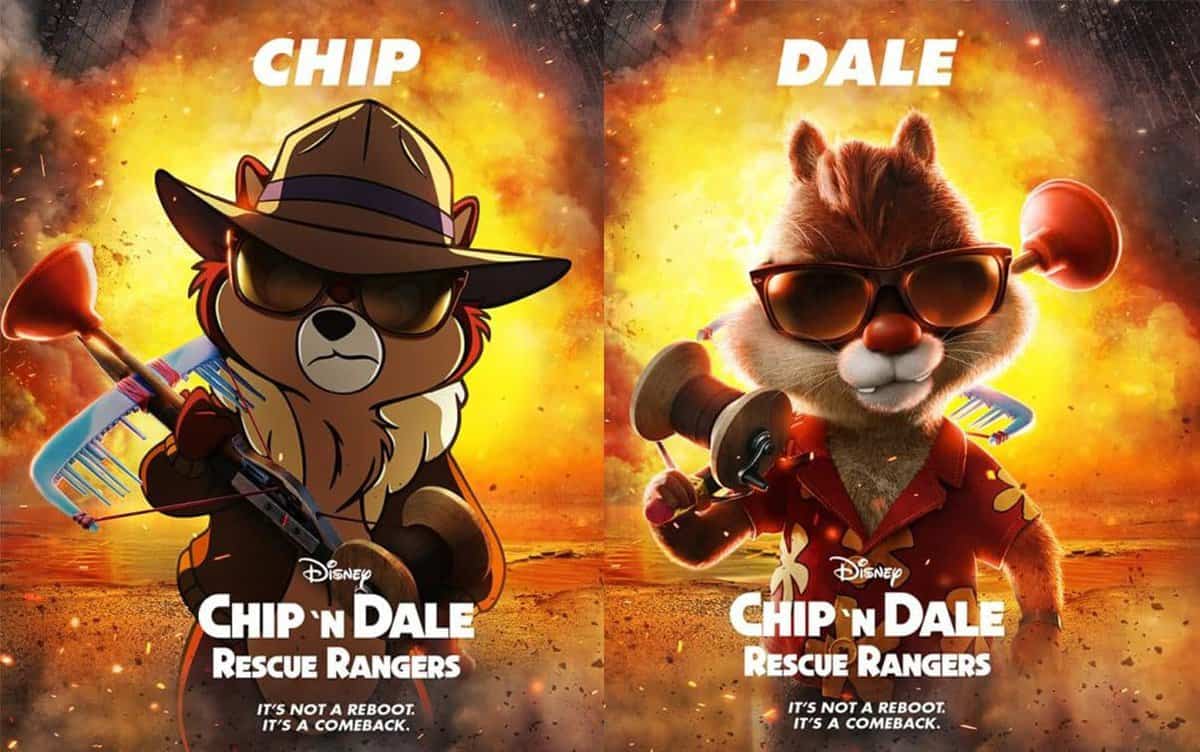 The dynamic between the best friends changed from being two mischievous tricksters to being foils of one another. Together they have a detective agency along with their friends: a female mouse named Gadget Hackwrench, an Australian mouse named Monterey Jack, and a housefly named Zipper. The team specialized in crimes considered “too small” for the police to handle, literally. Often their clients are fellow anthropomorphic animals. This of course puts them at odds with mob boss cat “Fat Cat” and mad scientist Norton Nimnul (voiced by the great Jim Cummings). This band of freelance crime-fighting animal detectives won the hearts of children across the country. Because it became so loved, the show was made into a Roger Rabbit style detective spoof that integrated live-action and animation in 2022, in a film released exclusively to Disney+. But this was not exactly the show that was originally envisioned.

The show was initially pitched by Tad Stones, a Disney animator who would go on to create the Darkwing Duck series, as well as write and direct both of Aladdin‘s direct-to-video film sequels. After pitching a television series featuring The Rescuers (a film on which he had also worked) was rejected, as The Rescuers: Down Under was already in production, Stones conceived of a similar adventure focused children’s show with the working title Metro Mice. The original version of this show, which was pitched to Disney bigwigs Michael Eisner and Jeffrey Katzenberg, starred an original character named Kit Colby. Kit was a proto-Mickey Mouse with an Indiana Jones spin; a lovable mouse adventurer sporting a fedora and a fluffy collared leather jacket. He was joined in his expeditions by a team whose ensemble included a chameleon, an early version of Gadget, as well as an earlier Monterey Jack with a different name.

The series’ fun concept was well-received. However, the original lead character was not. Eisner, the then-Disney CEO, suggested that rather than have a team of wholly new characters, they have a team of new faces lead by an established Disney character. Kit was replaced by the Chip and Dale duo, and the rest of the final character designs took shape around them.

By late 1987, two years before its television debut, the show was announced under its original proposed title, “Chip ‘n Dale and the Rescue Rangers,” a kind of homage to the series’ origins in The Rescuers. the only problem? Now both Chip and Dale needed to fill a role originally meant for one character, and they both needed the charisma of a leading man. The answer to this came in inspiration from two eighties icons. 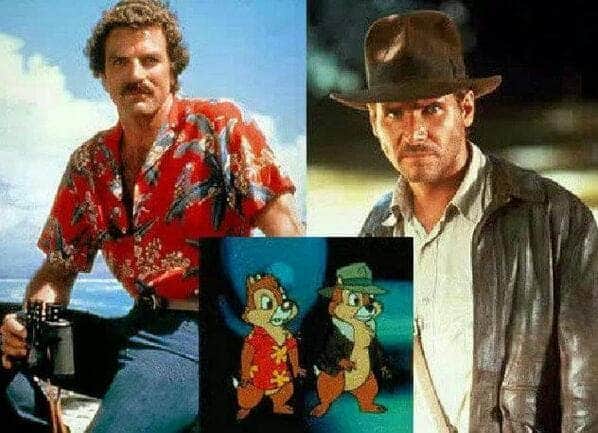 LucasFilm’s Indiana Jones and the Raiders of the Lost Ark debuted in 1981, with sequels Temple of Doom and The Last Crusade following suit in 1984 and 1989, respectively. The films famously starred Harrison Ford, who previously played lovable rogue Han Solo in George Lucas’ original Star Wars trilogy between 1977 and 1983. Both characters are considered cinematic icons, though actor Harrison Ford is now 79 years old, Han Solo was recently seen in 2019’s The Rise of Skywalker, and Indiana Jones will be returning to the silver screen for the fifth installment of the franchise in 2023. 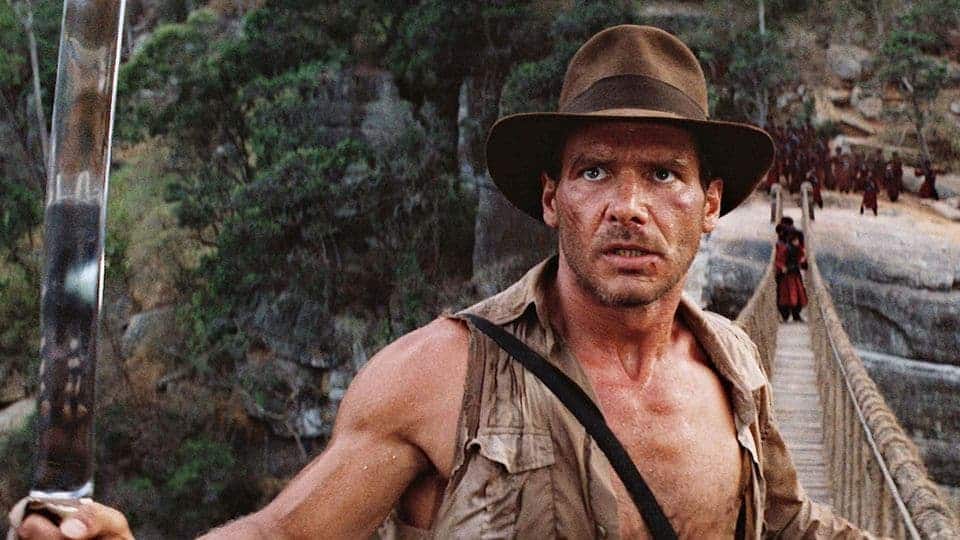 Charming and handsome detective Thomas Magnum, played by actor Tom Selleck, was the lead in the successful CBS television series Magnum, P.I. Sporting Selleck’s signature mustache, wearing brightly patterned Hawaiian shirts, and driving his red sports car, Magnum was simply put, cool. Living in beautiful Oahu, Hawaii, charming the ladies, and putting away the bad guys; it was Magnum’s character that made the show a success. 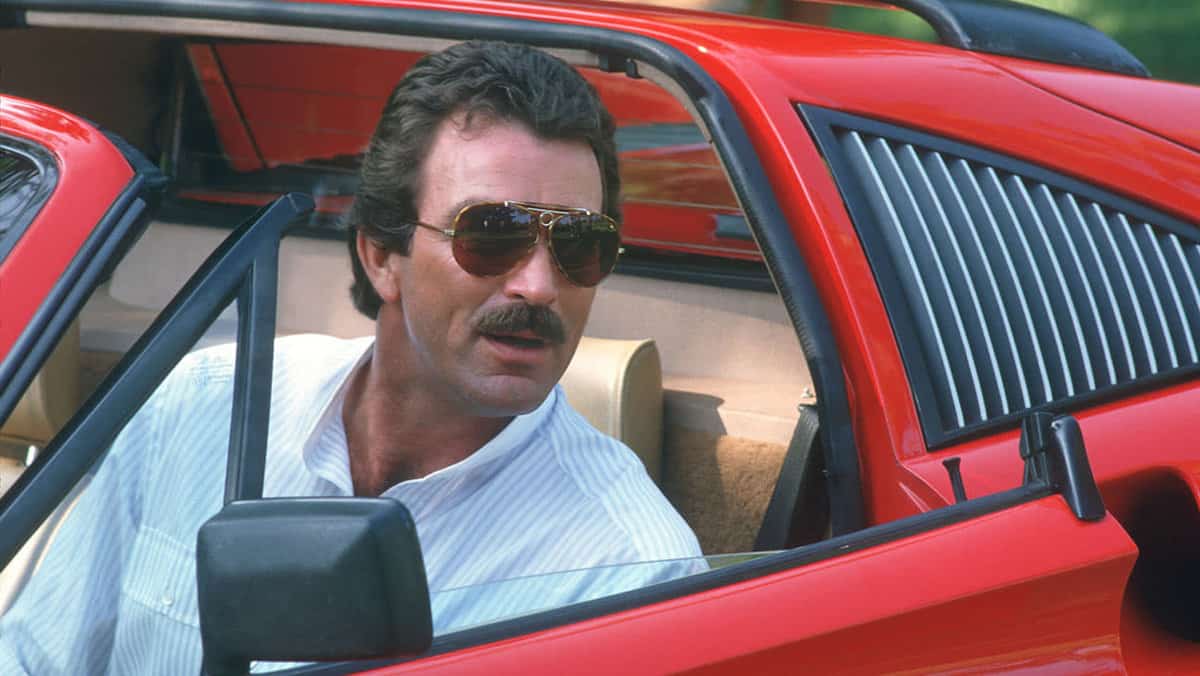 Though his easygoing attitude was overplayed in the character of Dale, the bones of the reinterpretation of the character are the same.

And those are the inspirations behind the famous chipmunk duo’s looks and personalities in their original T.V. series and its 2022 ‘comeback.’

Chip ‘n Dale: Rescue Rangers the series and the movie are available for streaming now on Disney+.