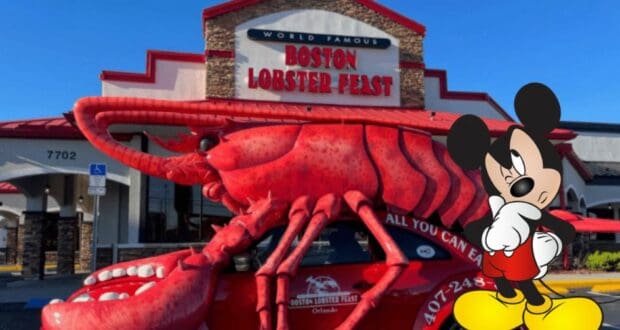 Convenient Places for Disney Resort Guests to Eat in Orlando

As Disney Dining Plans remain in limbo for the present time, many would say that the act of dining at a Disney Restaurant just doesn’t hold the same appeal. Several Guests would agree that it was the convenience of having a prepaid dining plan that gave Disney a leg up on other desirable dining establishments in the area. So, without such advantages, all options across the board are now on more equal footing.

The truth is that there are several notable dining establishments throughout the Orlando area. Many are even located close to Walt Disney World, which is convenient for Guests staying at a Disney Resort. From casual quality eats at affordable prices to signature dining at its finest, we’re listing nine convenient places to consider venturing off Disney Property in pursuit of.

Related: Where the Locals Like to Shop and Dine When Not on Disney Property

Conveniently located right along Front Street at Celebration Town Center, you will find this family-owned favorite, which has been a longtime go-to of Orlando locals for several decades. A casual and comfy seafood and steakhouse setup, Celebration Tavern is renowned for its high-quality New England-style food presentations. They even have their abundance of seafood selections flown in freshly, direct from Boston.

While seafood is the big thing here, you will also find a host of land-locked delights as well. All options are reasonably priced, considering what you get in the way of both quality and quantity. And being a nice family spot, they even feature a wonderfully stocked kids’ menu, which—according to the listing—is available to anyone under 12 and over 70. Perhaps there are some fans of Encanto waiting and wondering whether a Columbian restaurant will ever make its way over to Walt Disney World. But for Orlando locals and those visitors who are familiar with venturing beyond Disney property in pursuit of culinary quests, they know just where to go. Pio Pio Restaurant, located right along Precision Drive, has been dishing up authentic Columbian cuisine classics, as well as the best of the best of other South American staples to the hungry diners in the Orlando area for over 20 years.

Hospitality is a hallmark of their service, and all those who come to this comfortable family-style establishment are treated as amicably as possible. And those abundant portions of food at such a reasonable price are almost unheard of these days, to say the least. You may not find Julieta from Encanto dishing up meals to heal here, but all their offerings are sure to cure the craving for a filling and fulfilling dining experience in the greater Orlando area. While you will undoubtedly find plenty of diverse dining venues specializing in Italian cuisine throughout Orlando, the fine dining experience awaiting you at Christini’s Ristorante Italiano blows all other competition right out of the water. Chef and owner Chris Christini bring 45 years of culinary experience to the table in carrying out operations for this signature establishment. With just one singular location at the Marketplace within the community of Dr. Phillips, Christini’s stands out as a one-of-a-kind exclusive venue—making its appeal even more alluring to diners seeking a refined experience. Even though it is an admittedly upscale establishment, the atmosphere retains the charm, comfort, friendliness, and hospitality, which never gets lost in its enchanting elegance. And the phenomenal food presentations pair perfectly with such a signature refinery! Dining here is a destination in and of itself, to say the least. No, we’re not talking about a character meet-and-greet experience at Toy Story Land. This famed restaurant has been a favorite go-to for locals for quite some time now. What’s more, it’s even been voted one of the top 12 Orlando Restaurants and has been featured on the television show Diners, Drive-Ins, and Dives.

This restaurant, which started on a humble note, is still smaller than some other areas eats. Still, the brilliant Brazilian-inspired cuisine served here more than compensates for physical size with generous portions that pack such robust flavor. And the staff is kind, caring, and committed to their trade so entirely. It’s the ultimate family restaurant you’ll want to be a part of. 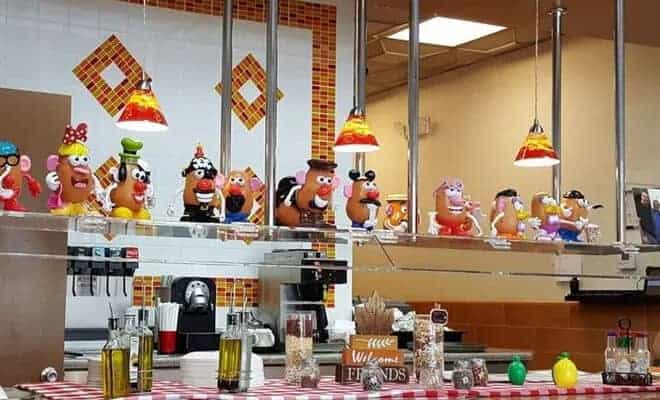 If you’re looking for an optimal signature steakhouse experience, then Charley’s is the place to head to. And with three fantastic locations, two of which are just a matter of minutes from Walt Disney World Resort by car, it’s a win-win for you and your taste buds. Charley’s Steakhouse & Seafood Grille has received numerous awards and accolades and is even renowned for being the most award-winning steakhouse in Central Florida. Additionally, they’ve been voted America’s number one steakhouse! But that’s to be expected, given the establishment’s namesake also co-founded the Red Lobster restaurant chain. Featured entrée enticements that make the grade here follow suit with a host of premium seafood selections that include crab, lobster, and even fresh fish specialties. But it is, of course, their signature USDA Prime Angus steaks, aged 32 to 48 days, that many like to sink their teeth into.  Additionally, it needs to be noted that Charley’s features an extensive array of more than 800 fine wines and other leading libations in addition. Aside from limited appetizer options at Paradiso 37, Taste of the Americas in Disney Springs, and various coffees offered at locations around Walt Disney World Resort, the Peruvian pickings are pretty slim at Disney. It’s a real shame, too, because Peruvian cuisine does offer up some of the finest food features in the entire world. But never fear, for getting a taste of Peruvian perfection is right within your reach. You need not venture too far off the grounds of Disney property, as El Inka Grill Ceviche Peruvian Cuisine has two excellent locations nearby—one at Hunter’s Creek and the other in Dr. Phillips. 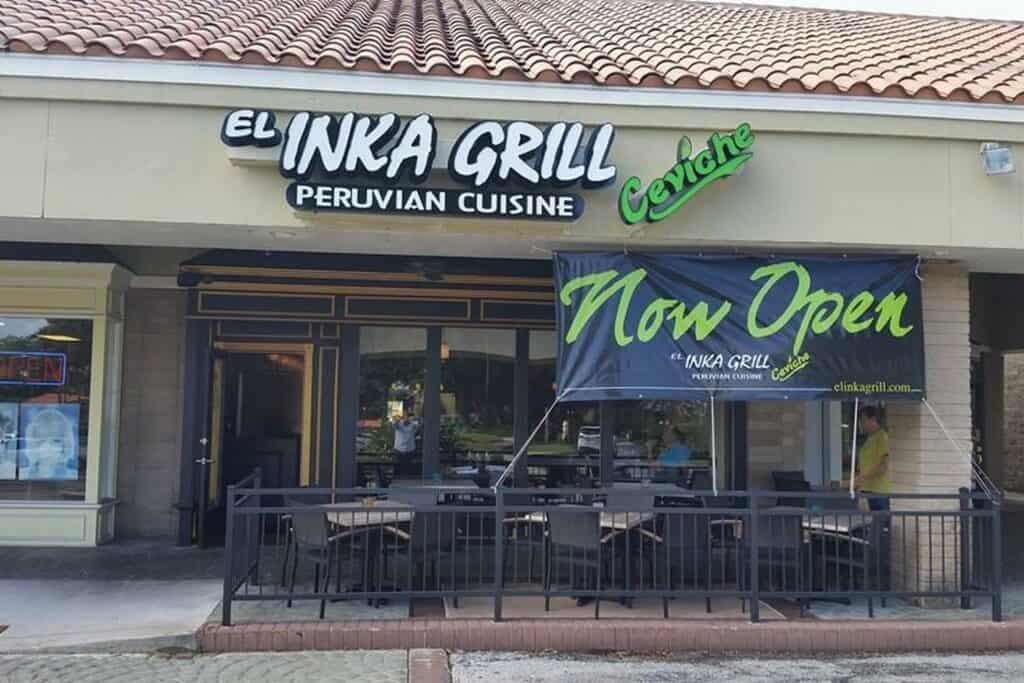 Both venues dish up authentic Peruvian cuisine in a cozy, casual setting. The act of serving up the freshest ingredients in the form of beloved traditional dishes and house specialties alike pairs wonderfully with the exceptional, friendly service the staff doles out to diners. 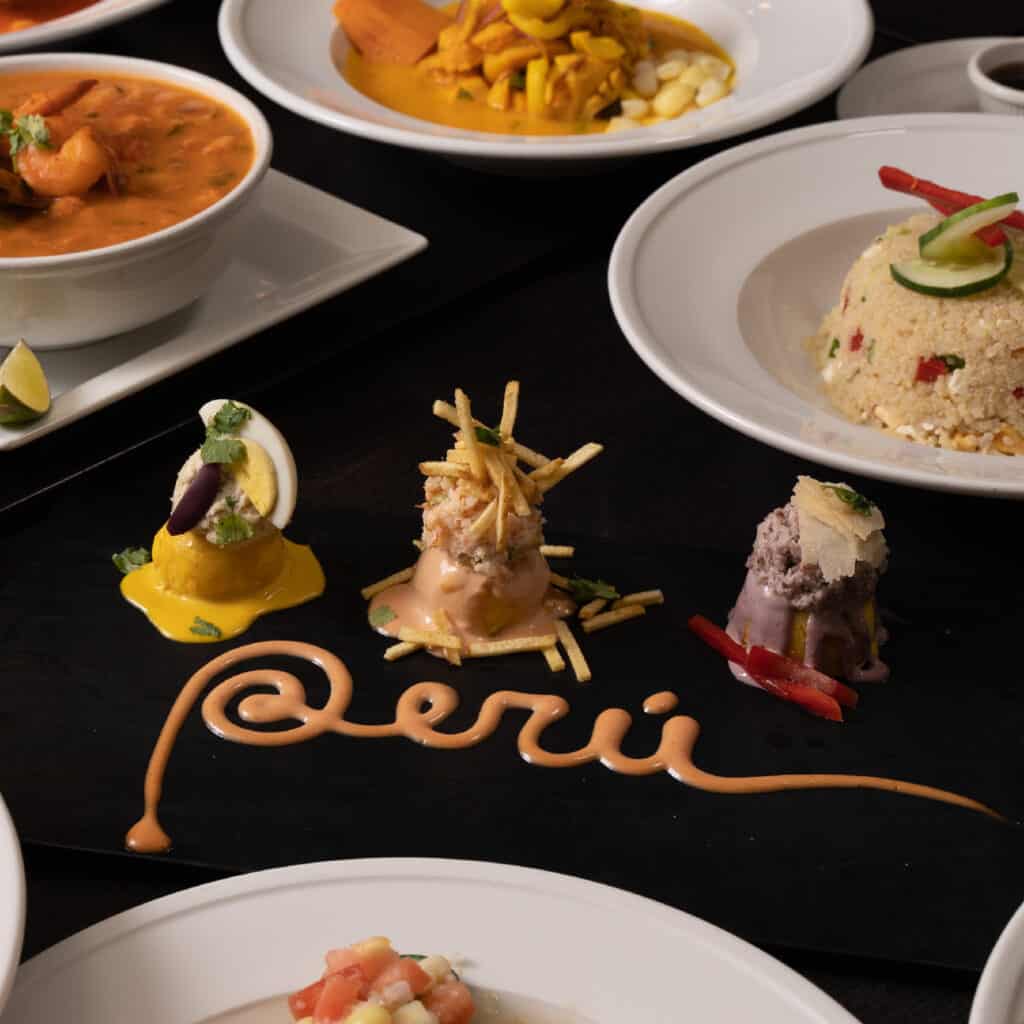 Situated along what is Orlando’s famous Restaurant Row, you’ll find this chic and stylish Mediterranean steakhouse. While their dry-aged 1855 Black Angus USDA prime beef steaks are what they’re known best for, the restaurant also provides a fusion of other flavor combinations in regional cuisine fixings, like kabobs, fresh salads, and even optimal oceanic possibilities in the way of seafood specialties. 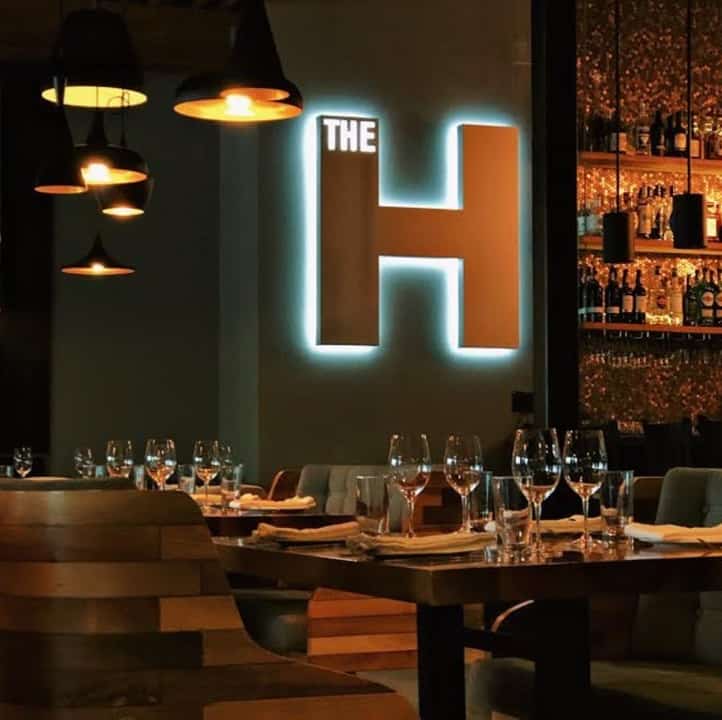 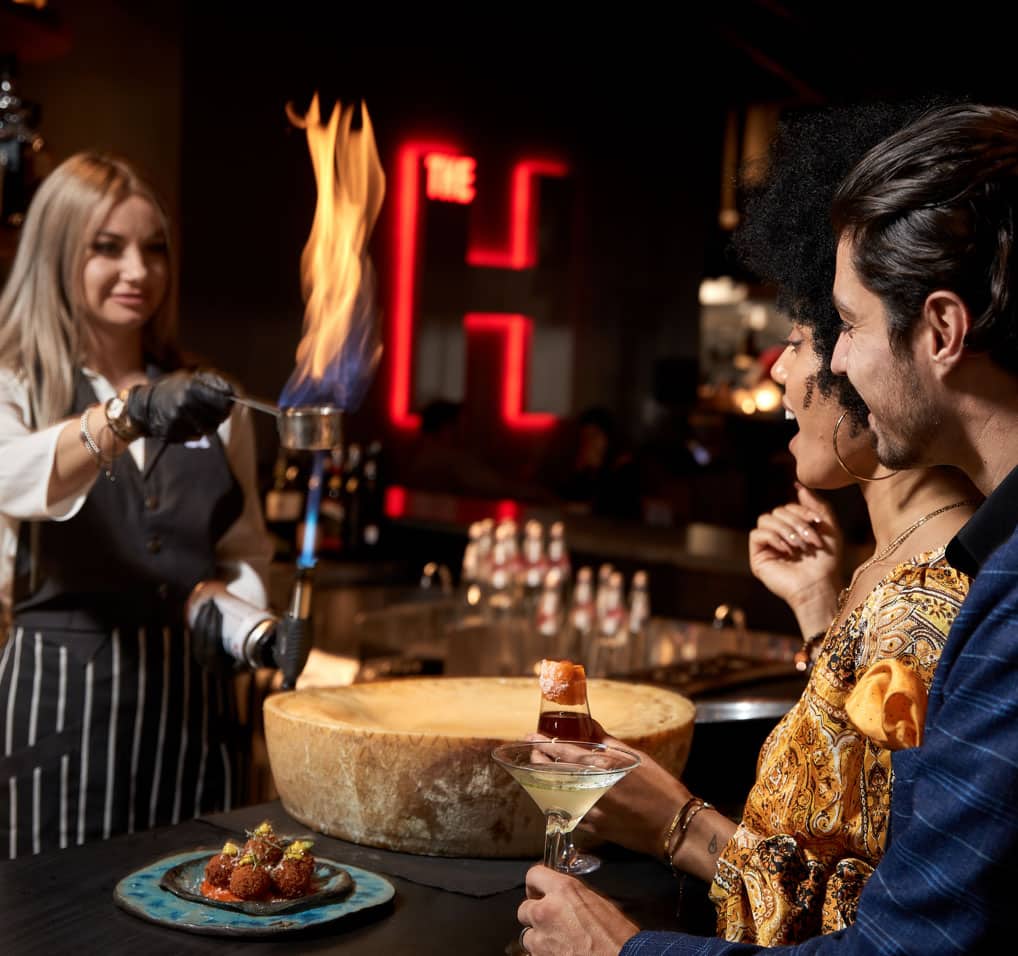 For a fresh new spin on outstanding American fare at its finest, you must try Chatham’s Place over in Dr. Phillips. For over two decades, this delightful dining establishment has been impressing locals and visitors alike, providing the perfect balance of friendliness in service and intimacy in its layout and ambiance. 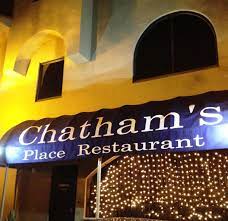 The food here goes above and beyond the usual American classics, bringing forth a fresh new perspective that lives up to the concept of freshness in the most literal sense. The chef even uses homegrown produce straight from the garden! All other accompaniments are locally sourced, including fresh catches in seafood. If you think Disney’s Cape May is one of the best seafood dinner buffets, World Famous Boston Lobster Feast will be absolute Heaven! For the ultimate seafood lover, it doesn’t get any more perfect than this all-you-can-eat setup…unless you consider the fact that there are multiple locations around the greater Orlando area, including one at Kissimmee, Main Gate that’s just minutes from Walt Disney World. 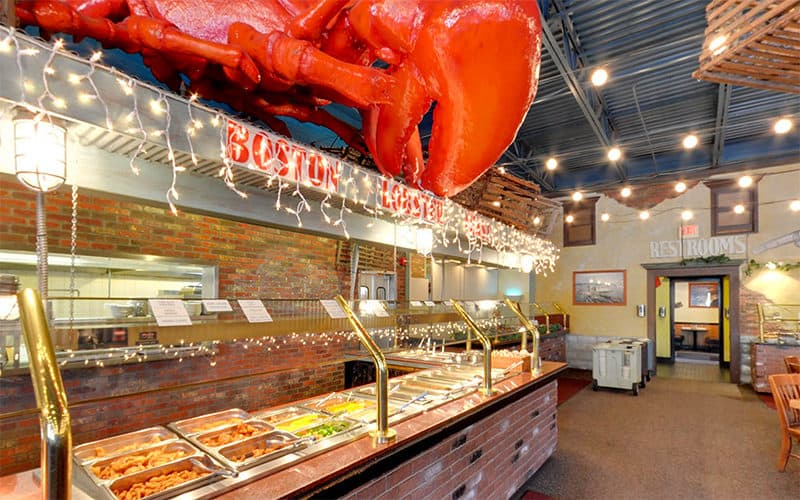 World Famous Boston Lobster Feast is a well-loved legend with locals, who have been relishing in the bountiful, unending abundance of more than 60 all-you-can-eat items for over 30 years now. One of their most popular provisions, aside from their widely acclaimed Maine Lobster, is their award-winning New England Clam Chowder and Lobster Bisque. Other highly rated items include their stellar Seafood Casserole and Oysters Rockefeller. 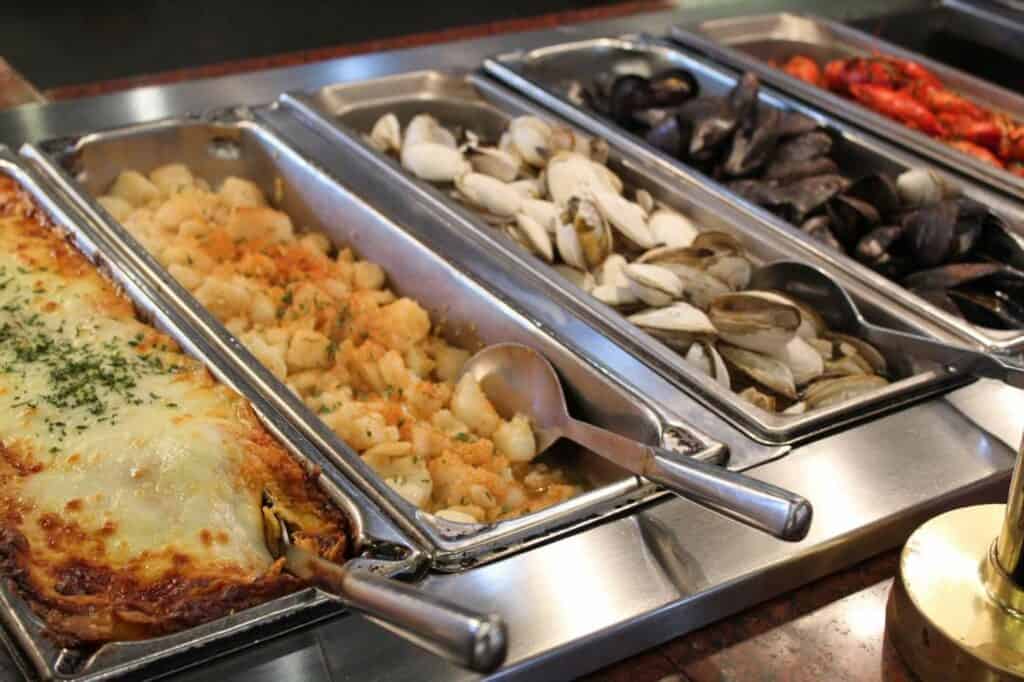 The great things we can go on listing about World Famous Boston Lobster Feast are as unlimited as the allowed feasting they so welcome diners to indulge in. And on one final note, it must be said that they were voted Best Buffet in Florida by Reader’s Digest back in 2019, beating out even Disney’s best of the best for the acclaimed title. 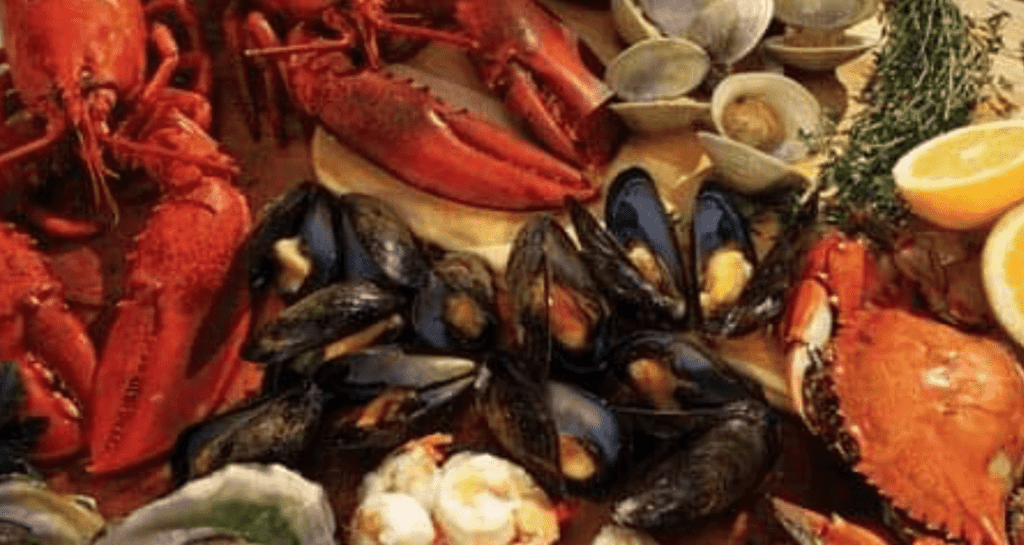 There are many other great places throughout the Orlando area that you should seriously consider taking your next meal at while visiting Disney World. So, if you’ve never given these, and the countless other options we haven’t covered a try, now may very well be the best time to do so.