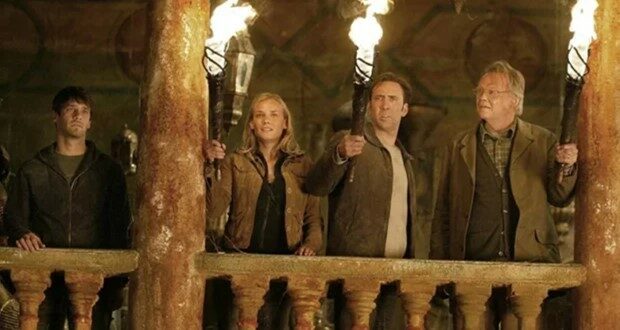 Discover the Value of American History with ‘National Treasure’ This Weekend

The United States of America certainly has a treasured past worth celebrating. From the founding of the 13 original colonies to the establishment of a newly independent nation, there is just so much to rejoice in about living in this great nation.

Perhaps you’re looking for a way to add a little more historical appreciation into your fun family follies. Well, if you’re a family that likes getting together every weekend for a great Disney movie then we have the perfect suggestion for you: National Treasure. Released in 2004, this live-action film takes American History to a whole other level of excitement. And it’s a wonderful watch for all different ages in your party at that. So, get ready to dig deep into history and rediscover the value of family movie night with this blockbuster hit. 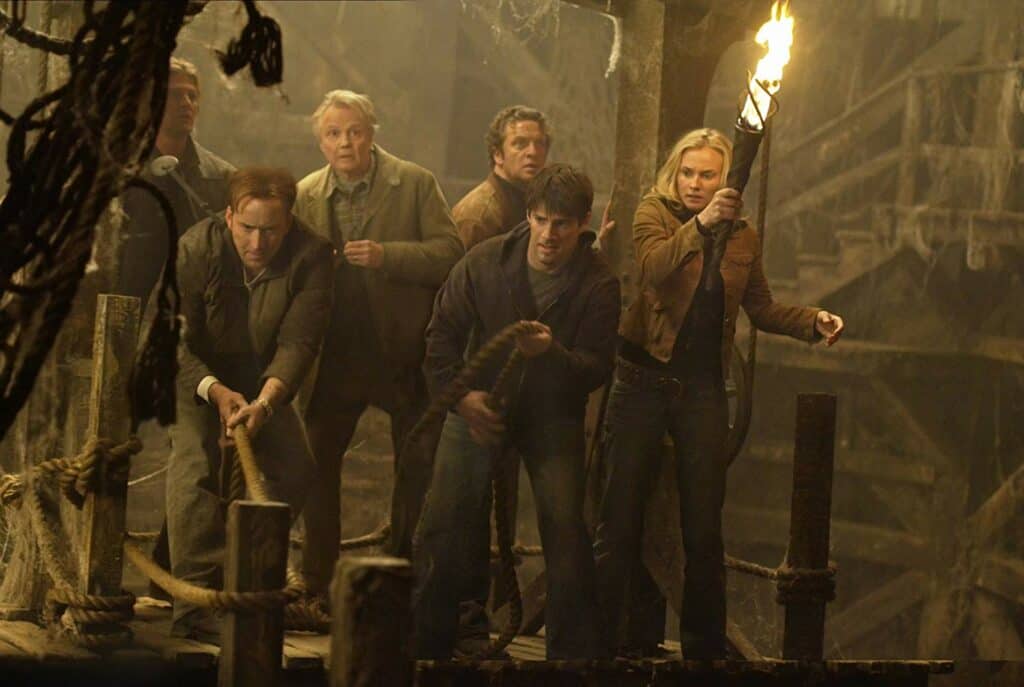 National Treasure follows the story of a brilliant historian, rightfully named Benjamin Franklin Gates, who comes from a long line of often sneered at, albeit history-minded, treasure hunters. As a young boy, his grandfather enlightened him to the fabled existence of a massive national treasure, masterfully concealed by some of the nation’s greatest among the founding fathers when the United States of America was first established.

Having spent most of his life in pursuit of the treasure, collecting clues that he hopes will ultimately lead him on the right path, Ben Gates and his friend Riley Poole join up with a team of likeminded seekers. They eventually arrive somewhere in the Arctic at an old colonial-era ship. It’s here that Ben finds a very crucial clue that just may be the game-changer he was looking for. He is then able to decipher that the way to the treasure is mapped out on the back of the Declaration of Independence.

Unfortunately, the likeminded team of treasure seekers Ben is with, are not as likeminded as he initially believed them to be. Unlike him, they have no respect for history whatsoever and only care about the treasure to be gained. Ian Howe, a man Ben previously counted as a friend, proves himself to be particularly relentless in his pursuit, proving that he will stop at nothing to get what he wants. And what he wants most of all is to get his hands on the Declaration of Independence by stealing it. 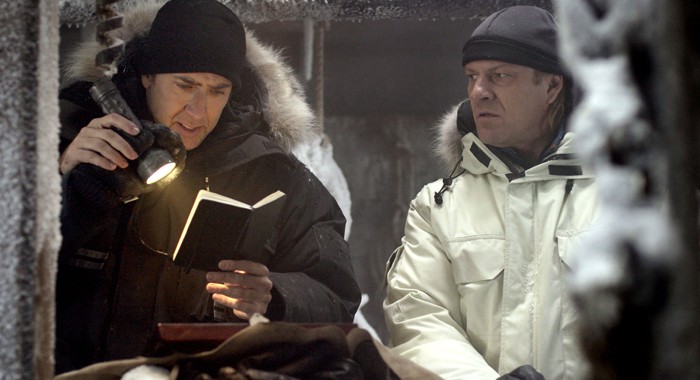 After a carefully cultivated plan and succeeding in the very act that everyone thought was impossible, Ben now has to act fast.  He must move under the radar, hiding from authorities, while trying to stop Ian by succeeding at the quest they are both on first. 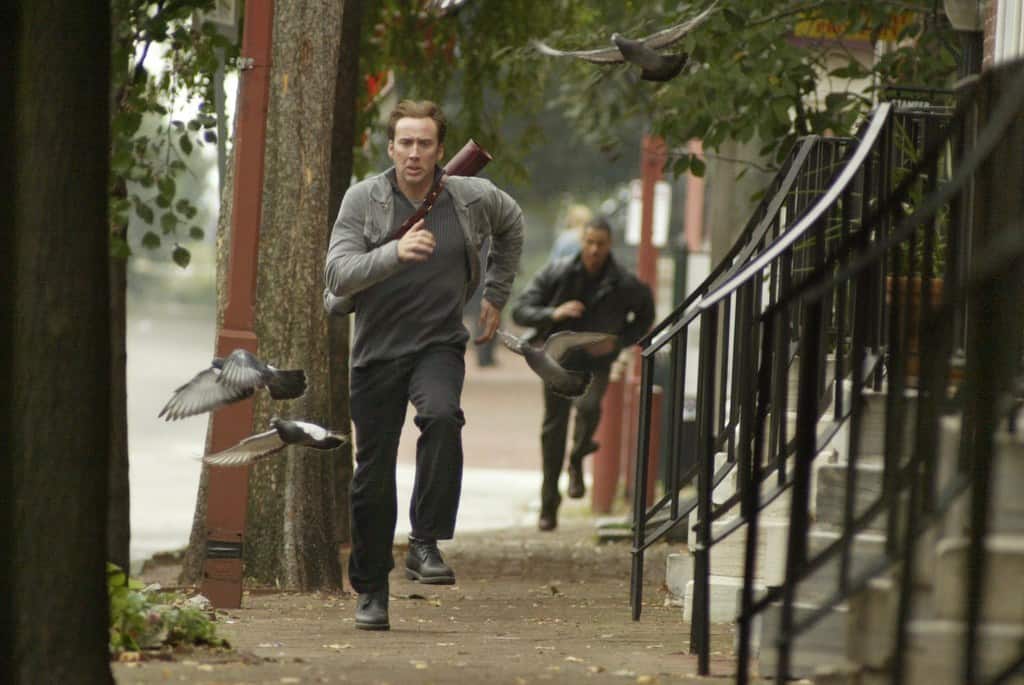 From start to finish, National Treasure keeps up a constant flow of nonstop action. Not only does the film feature its fair share of active chase scenes and other thrilling action-packed events to keep you on the edge of your seat, but there is also such a consistent flow of well-plotted strategies to truly capture the interest of viewers so completely. We guarantee that you and every member of the family will be entirely engaged through and through, not wanting to miss a single second of what is playing out on the screen. 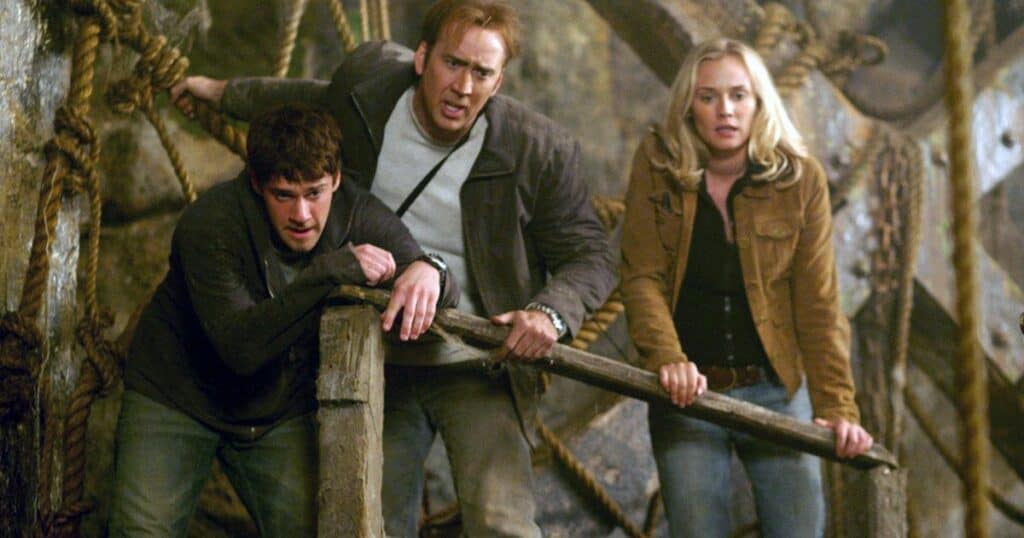 Factual Fiction at Its Finest

While National Treasure is indeed a fictional film for all intents and purposes, it does respectfully incorporate aspects of factual history and historical events into its narrative. There was a lot of detailed research that went into the cultivation of a workable plot, making it believable enough to pass code even with the most astute diehard history buffs.

The result is a movie that can be enjoyed by both folks who are only looking for a fun action-packed adventure that the whole family can enjoy as well as avid lovers of history. There aren’t many fictional movies that are able to carry out such authenticity on this level. It goes without saying that any fictional take on a factual account does call for fanciful allowances where it is absolutely essential for carrying out the story. Still, this film does well to minimize obvious deviations that would otherwise offend a schooled history fan. 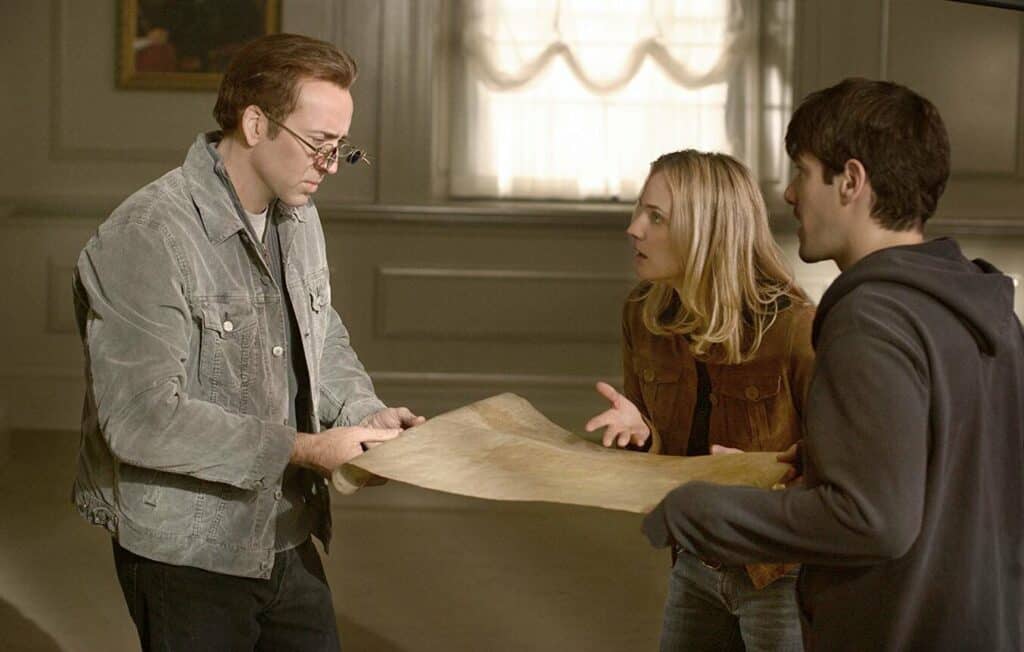 National Treasure really drives home the importance of knowing your stuff. You could even say it’s a firsthand demonstration of why an education in history matters. The film’s protagonist Ben leads brilliantly in an elaborate Robin Hood-like scheme to steal the Declaration of Independence as a way to protect it.

It’s not an act that the average everyday man could ever carry out. And with all those intricate clues etched so carefully into the deepest crevices of American History, it’s no wonder that nobody really knew about any of this beforehand! It’s as though having a fully immersive knowledge of history serves as a superpower of sorts — a brain power nevertheless.

Also on his team, Ben has the help of his handy tech-savvy right-hand man Riley Poole. Although not as immersed in history on the same level as Ben, Riley is an absolute computer genius, able to crack codes, hack into systems, and pretty much do anything in the field. He plays a crucial role in carrying out the whole “getting past security and stealing the Declaration of Independence” scheme. Along the way, the Declaration-stealing duo joins forces with Dr. Abigail Chase, an archivist working at the National Archives in Washington, D.C. An expert in her field, she and Ben share a mutually-minded love and respect for history. The dynamic cast of characters in National Treasure all foster a true passion for their very specific niches. And while we get to learn a lot from them as we the viewers watch at home, the biggest lesson they teach us is perhaps the fact that it is okay to be a nerd. In fact, it is not only okay but absolutely vital at times. It may well be the motivation needed to get more folks to crack open a history book and get learning. Going along perfectly with an epic Jerry Bruckheimer film is a star-studded epic cast. Starring in the role of Ben Gates you have Nicolas Cage appearing alongside Jon Voight in his portrayal as Patrick Gates (Ben’s father). Christopher Plummer also appears briefly in the beginning of the film as John Adams Gates, who is Ben’s grandfather. Other famous players include Sean Bean as Ian Howe and Harvey Keitel appearing as FBI member/Freemason Sadusky. Justin Bartha is excellent in his portrayal of Riley Poole, with Diane Kruger filling an exceptional supporting role as Abigail Chase. 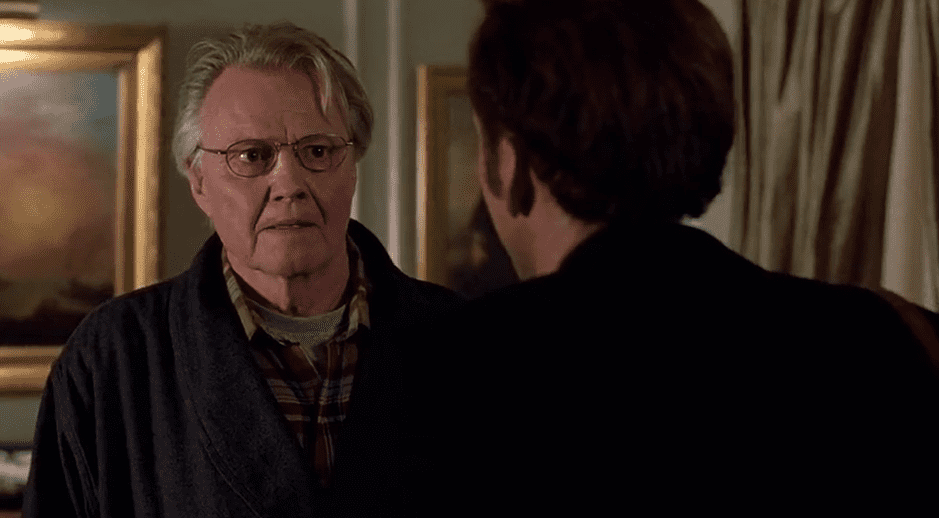 In addition to the original National Treasure, you may be interested in streaming the follow up sequel National Treasure: Book of Secrets (2007) on Disney+ as well, making for a most befitting movie marathon this weekend, if you so choose. Both films are of equal greatness, each one bringing forth its own value to the forefront. Whether you do just one or take in both, it’s sure to be a wonderful movie night experience to “treasure” with the whole family — and keep an eye out for the upcoming spin-off series, too.