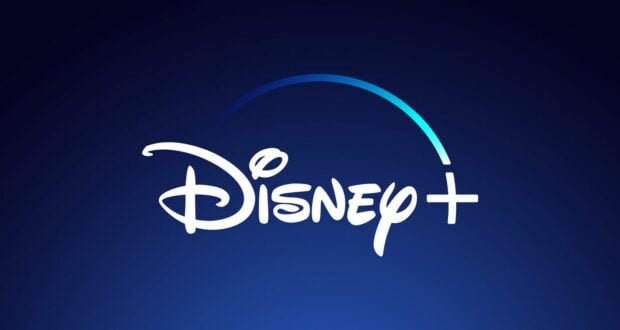 With April Fool’s Day happening this Friday, it makes for the perfect opportunity to enjoy all the lighthearted banter and humorous antics all weekend long. And if you get tired of the pranking and banter in real-time, you may just want to celebrate the occasion alternatively by watching some great comedies on Disney+. From humorous slapstick classics that never grow old to newer, trending releases that do up misfit mayhem in a way to keep everyone in the family roaring with laughter, here are our top 10 Disney+ streaming picks for this weekend.

Related: New Arrivals to Stream on Disney+ This April

This reboot, which was just released on Disney+ on March 18, offers a fresh new perspective on the misadventures that can arise when you’re part of an abnormally large family. And unlike previous versions, which bear little resemblance to the story arc presented in this rendition, the situation is even more hectic, as you have a blended family consisting of diverse characters of all different ages and backgrounds. Laugh along with your own family at home as you watch the Baker family navigate the ins and outs of family life and all the adjustments brought on by a lucrative opportunity, which results in a new house, new schools, and other newly developing situations in general.

Originally released back in the summer of 2021, this humorous live-action comedy is currently one of the top trending films on Disney+. And given its zany storyline, it makes the perfect laugh-out-loud pick for celebrating April Fool’s Weekend with the family. Follow along with a guy named Guy, as he comes to the startling realization that he is actually a background character living life being played out within an Internet-wide video game. If you like action mixed with screwball antics, then this movie is perfect! Parents do take note, however, that this film is rated PG-13. So, you may want to plan accordingly on whether or not to watch this one with young children, or to opt for another hilarious hit like Wreck It Ralph or Wreck It Ralph 2: Ralph Breaks the Internet.

The laughs just keep coming with this Marvel misfit-centered space comedy, which continues to have ongoing popularly trending on Disney+. If you like action-packed adventure, mixed with comedy, and a cast of a thousand amongst inhabitants from all other planets (who all bring their own collection of quirks to the forefront), then you should really consider watching this one together as a family. Make it a binge by following up this flick with the equally entertaining sequel—Guardians of the Galaxy Vol. 2, which came out back in 2017 and is also a top streaming pick.

Related: This “Avatar” and “Guardians of the Galaxy” Actress Has the Romance Of A Lifetime

After more than a decade The Muppets is still streaming big time on Disney+. But you just can’t overlook the timelessness of those classic Muppets in general. The film blends together all the needed elements for executing a heartwarming family-friendly comedy successfully. In keeping the integrity and familiar demeanor in tact with all the well-known key players, they also do a fantastic job of presenting an original new plot and introducing new characters, all while throwing in all the musical numbers and laughs in all the right places. You will find many other great Muppet-centric features on Disney+ in addition to this recommendation, including this film’s follow-up sequel—Muppets Most Wanted from 2014.

Another big streamer on Disney+ currently is this computer-animated movie about an awkward middle schooler and his malfunctioning robot. Set in a time and place where all the cool kids have digital robot companions that are all the rage, the young protagonist of this film soon finds himself entwined in a series of domino-effect problems related to something having “gone wrong” with own friend. Not just for kids, adults can easily get in on the laughs delivered up by this hit.

Here’s another release from several years back that’s trending right now on Disney+. And considering all the maxed-out mayhem in this film, it has all the makings for the perfect watch this April Fool’s Weekend. Gather the family together and get lost in the ongoing misadventures being experienced by every member of another family, all in a single day.

This computer-animated hit movie is, hands-down, one of the top-rated picks streaming on Disney+ right now. And given its focus on family, not to mention all the chaos that unfolds when all the individual family members begin to lose control over their unique magical abilities, we feel this is a perfect recommendation for an April Fool’s Weekend watch.

There’s just something timeless about the humor in this film as well as all of its follow-up sequels. And fortunately, Disney+ offers up their Diary of a Wimpy Kid Collection, with all four films, plus a newer, all-animated adventure. Perfect for binging all weekend long, gather the family around and have a good time watching Greg Heffley get into one scrape after another.

Related: ‘Diary of A Wimpy Kid’ Is Coming To Disney+

If you want a film that packs in the pranks for the occasion of April Fool’s Day, this film makes for the perfect medley of mayhem. From the original from 1990 to its sequel released in 1992, have a good time watching Kevin McCallister take out the bad guys, defending his domain against robbers. The Home Alone franchise has also put out several additional sequels as well, many of which are also available on Disney+, including the more recent addition—Home Sweet Home Alone from 2021.

This may very well be the number one streaming movie on Disney+ right now. And given the nature of this Disney-Pixar hit, it goes without saying that it blends together humor, family folly, and very unconventional, uncontrollable chaos on several levels—including the fact that the film’s main character happens to have a recurring problem of transforming into a red panda. If you haven’t seen it yet, this weekend would be an ideal time to do so.

There are many movies on Disney+ you can stream in light of a foolishly fun April Fool’s weekend with family. Check out the ever-changing collections to see what other new things are being added so that you and your family can have the best movie night, based on your own personal interests.