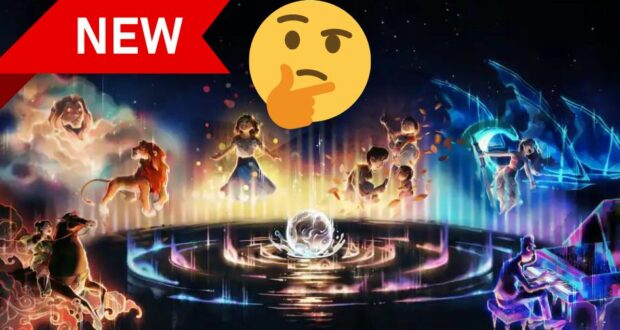 There have been plenty of exciting or surprising pieces of news coming from the Walt Disney Company and the Disney Parks or Disney Resorts in recent months, with the news often dividing an already-polarized community of Disney Fanatics. Now, Disney has announced another new Disney Parks attraction (this time in the form of a nighttime spectacular) with an unexpected theme!

According to the Disney Parks Blog, there are not one but two nighttime spectaculars that Disney Guests can expect to see in the future at Disneyland Resort alongside the newly-decked out Sleeping Beauty Castle (shown above)!

One is “Wondrous Journeys”, which “will feature nods to every Walt Disney Animation Studios film to date, taking us on a journey filled with artistry, music, storytelling and heart.” This new nighttime Disney event is called “World of Color – One”, and it “will celebrate the storytelling legacy started by Walt Disney a century ago.” Apparently, there will be a surprisingly watery focus; the show “will tell a new story of how a single action, like a drop of water, creates a ripple that can grow into a wave of change.” We can apparently also expect this new nighttime spectacular, “World of Color — One”, to bring “some of the most courageous, loving and inspiring characters to life in new ways”. In addition, a brand-new Disney song called “Start a Wave” will be revealed (and will no doubt become a must for any Disney Fanatics’ playlists or soundtracks, if the success of previous nighttime spectacular songs like “Happily Ever After” is anything to go by).

Since Disney has already leaned into the water theme with its new Moana attraction, which is called “Journey of Water” and will be coming to EPCOT in Walt Disney World Resort, it is surprising to see Disney focus on the water theme in another crucial attraction or Disney experience.

It does sound like this new nighttime spectacular will be focusing on unity and the change that communities can bring about, which will strike a chord with many disillusioned Disney Fanatics — but time will tell whether or not Disney fans and Disneyland Guests take to this new show and its themes!