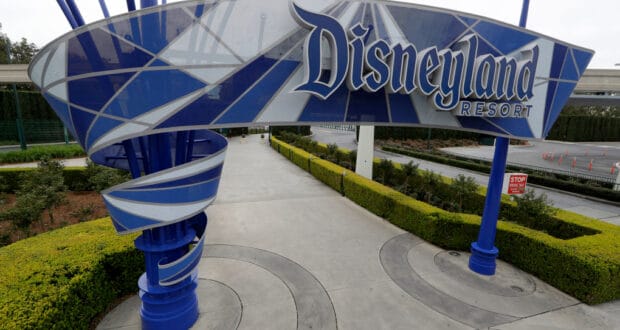 First Timer at Disneyland? Here Are The Basics

If you consider yourself the ultimate Disney Fanatic, then perhaps a visit to Disneyland in Anaheim, California is a must-do pilgrimage that you ought to take at least once in your lifetime. It’s true that many have been to Disney’s larger and admittedly more popular Walt Disney World Resort in Orlando, Florida. But Disneyland is unchallenged for being the predecessor to all of Disney’s novel concepts, which were critical in expanding entertainment from the film industry to more diverse theme park attractions. Furthermore, Disneyland remains the ultimate paradigm in making dreams come true. Following suit like all of its global spinoffs, even this original fixture has grown with the times, expanding and developing new attractions and experiences along the way. If you have never before been to Disneyland Resort, don’t feel bad. We’ve got you covered with all the basics on what you need to know as a first time visitor.

Disneyland Resort is divided up by two main theme parks. There is the original Disneyland Park, which first opened to the public in 1955, and then there is Disney California Adventure Park, an extension that came later in 2001 following the cancellation of the intended WestCOT project (which was to serve as a West Coast equivalent to Disney World’s EPCOT). While the aforementioned Disneyland Park remains home base to some of Disney’s most iconic conceptions and classic attractions, California Adventure is the hub for more modern entailments. All the same, there is some overlap with these parks between classics and newer-themed focuses as well. Shopaholics and foodies also take note of Downtown Disney—the Disney-owned ultimate social district and place to go to find novelty and popular brand name stores, experience phenomenal dining from a diverse setup of selections, and get your fill of lively entertainment happenings.

While the recent health crisis calls for navigating regularly scheduled occurrences into alternate formats at present time, you should note that Disney Parks are typically known for plenty of onsite activities and happenings. These include nighttime fireworks spectaculars, regular parades, and various character meet and greets, which we will cover in more detail later on. Current in-park entertainments that are still taking place include the following:

You may be wondering where to book accommodations on your visit to Disneyland Resort. Of course, you’re free to make your own decisions, but for those doing things in full Disney fashion, the options are sorted into two suggested categories—stay at one of three Disney Resort Hotels, or find lodging at one of the nearby designated “Good Neighbor” hotels endorsed by Disney. If you’re sticking with Disney Resort Hotels you get a whole host of exclusive perks and benefits you won’t find at most other accommodations. So for many, staying at a Disney Hotel is a fully immersive extension to the whole Disney vacation experience. If you decide to go this route, here are your options:

Disney also has an extensive list of suggested “Good Neighbor Hotels” which, while not owned and operated by Disney, get the company’s highest recommendations and seal of approval for visiting guests. For their full listing of Good Neighbor Hotels in the Disneyland area, visit https://disneyland.disney.go.com/hotels/good-neighbor.

Are you looking for more concise clarity in regards to the dining scene at Disneyland? From in-park venues to options you’ll find onsite at resort hotel locations, and from those designated as quick service picks to full table service offerings, it’s enough to send you into a whirlwind if you have no prior knowledge of the ways in which Disney does dining. Here’s a simplified breakdown:

Quick Service: Restaurants and eateries that carry this designation are generally those in which you order your meal from a counter service location. You may liken “quick service” to “fast food” but we hesitate to lump the two together, as fast food tends to carry negative connotations and limitations as opposed to Disney’s much more profuse, higher quality options. Simply put, quick service meals may range in far broader categories and even include exotic and ethnic cuisine picks in some cases. The real designation is that there are no wait staff serving you. Furthermore, not all quick service locations present diners with onsite seating options. While some may offer limited seating in some format, the choices are generally left up to you to pick and choose from.

Table Service operations are more traditional in the sense that you are greeted and seated by a host and waited on by staff. In this category remains a vast array of additional specifications, including signature and fine dining designations, buffet/family style formats, and even character dining options in some cases.

Related: 5 Dining Experiences You Must Have at Disneyland Resort

Purchasing tickets and making all necessary reservations in advance is an absolute must for anyone visiting Disneyland. This includes having a valid ticket and park reservation for each day you plan to spend in each park. We know that as phased reopenings and ever-changing policies continue to develop, it may be hard to keep up, even for seasoned visitors who have been to Disney Parks in the past. So, for all the current rules and regulations for purchasing tickets and making park reservations for Disneyland Resort visit: https://disneyland.disney.go.com/experience-updates/park-reservations/. It also goes without saying that booking hotel resort reservations early on is absolutely necessary. And in most cases, dining at any Disney resort and hotel venue can not only be reserved well in advance of your visit, but comes strongly recommended.

About a month ago, Disney premiered a new Magic Key program, taking the place of Disneyland’s former annual passes. Under this new format, Magic Key operates as a reservation-based “key” to one or both parks. In all, there are four different Magic Key types to choose from: Dream Key, Believe Key, Enchant Key, and Imagine Key. Each one consists of various perks, benefits, and specified options based on which pricing and experiences work best for you. To unlock all the ins and outs of these keys, please visit https://disneyland.disney.go.com/magic-key.

Another newbie Disney Parks recently introduced is their new Genie Service. In replacing Disney’s longtime FastPass and FastPass+, Disney’s new Genie Service does well in granting all your vacation wishes. On a broader level, it is an essential digital planning tool that enables you to plan accordingly by personalizing your own itinerary. This includes making and linking all necessary reservations, keeping up-to-date on any and all in-park happenings, and even reserving ride times. You can use Genie via the Disneyland app for smartphones and other devices as you go. You’ll find all the details you need in regards to Genie Services by visiting https://disneyland.disney.go.com/genie.

Throughout its tenure, Disneyland has been known to present various seasonal events and special engagements annually. These include ticketed holiday parties, seasonal shows and spectaculars, various character interactions, fireworks, and (when things are normal) special parades. As Disney tries to get back into a more normal groove while navigating the still present health crisis, guests headed to Disneyland still have plenty to look forward to. You can stay current with all the latest special events scheduled to return to Disneyland Parks as well as available tour extras by clicking on the following link: https://disneyland.disney.go.com/events-tours.

Depending on how familiar you already are with Disney Parks, you may or may not have noticed that Disney has its own unique compilation of vocabulary words and phrases. For those looking to master all of Disney’s general jargon, you should take note that the list is extensive and far-reaching. All the same, it’s pretty easy to catch on, which is great because you’ll want to at least familiarize yourself with the basics while out and about at any Disney Park. To make it easier, we’ve narrowed down those key words and phrases we feel are most essential for you to know prior to visiting Disneyland:

Related: Disney World Vocabulary 101 – Terms You Should Know Before You Go

In addressing the obvious, Disneyland is host to all your favorite characters, new and old alike, out and about interacting with guests (when it is safe to do so). In general, they typically make appearances during special character dining engagements, participate in scripted events, march along in parades, perform in shows, and are incorporated into myriad other opportunities for fans to enjoy. As we continue to navigate current health and safety protocols, some previous interactions have been temporarily suspended or are currently being carried out in alternative formats. For those who are visiting Disneyland soon, here some excellent currently available interactive character opportunities to look forward to:

1. A Summary of Disneyland Novelties

While Disney World gets spotlighted for its many enticements, Disneyland is not without its own novelties and distinctions. Some of these include one-of-a-kind dining establishments that are not repeated in any other Disney Park. The famed Blue Bayou restaurant is one such example. Then there are all those specialized spins between Disneyland’s attraction equivalents to those in other Disney Parks throughout the world. An excellent demonstration of this can be found in Disneyland’s Halloween holiday incorporations at their renowned Haunted Mansion attraction. There’s also a list of classic attractions that were once featured at one or more Disney Park across the globe but can now only be found in Disneyland. The list can go on and on, and we’d be hard-pressed to single out each and every Disneyland exclusives. So here are a couple examples worth mentioning:

Related: Walt Disney World vs. Disneyland Attractions: Who Does it Better?

We hope you’ve enjoyed this sampling of all that Disneyland has to offer, as you get ready to embark on this first time rite of passage you’ve been planning for. As is always the case, especially during these times of unpredictability and uncertainty, we highly recommend staying current with all the latest news happenings and developments in accordance to your visit. While it can forever be said that all Disney venues the world over share in the mutual magic that only Mickey Mouse can muster up, there’s no denying that Walt’s original Disneyland stands firm as the time-tested true prototype that cultivated all latter Disney Parks and their own magical exclusives.