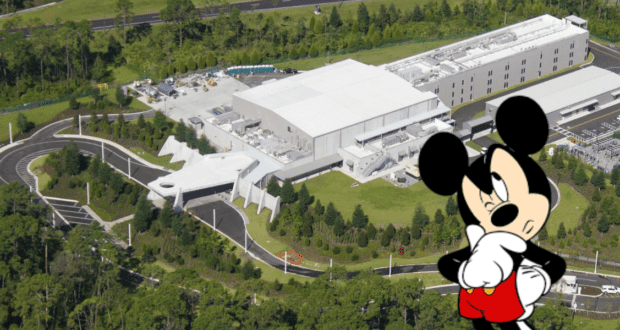 When you hear the term “Disney Resort” what do you think of first? Do you think about standout accommodations that go above and beyond in both elaborate theming as well as stellar onsite amenities? Even the most unique Resort variations all tend to have commonalities—comfortable standards you’ve come to lovingly expect as part of the overall magical Disney experience. But how would you feel about a truly one-of-a-kind Disney hotel that not only delivers on elaborate theming but takes things to an all-new, all-encompassing level that may just be a little too overt, confining, and pricey? That’s what many Guests are saying about the experience to be had with Star Wars: Galactic Starcruiser at Walt Disney World Resort.

Even some diehard Star Wars fans tend to shy away from the novelty experience that Star Wars: Starcruiser presents for a number of reasons. Others, who have already completed their two-night stays, are unlikely to cough up such a large sum of money again anytime soon. And with demand for the opportunity on the decline and general disinterest on the rise, it begs the question of whether the Walt Disney Company missed the mark entirely where the establishment of a Star Wars-themed Resort is concerned. Is this just a before-its-time concept the public isn’t yet ready for? Or is Star Wars: Galactic Starcruiser really just a major flop? 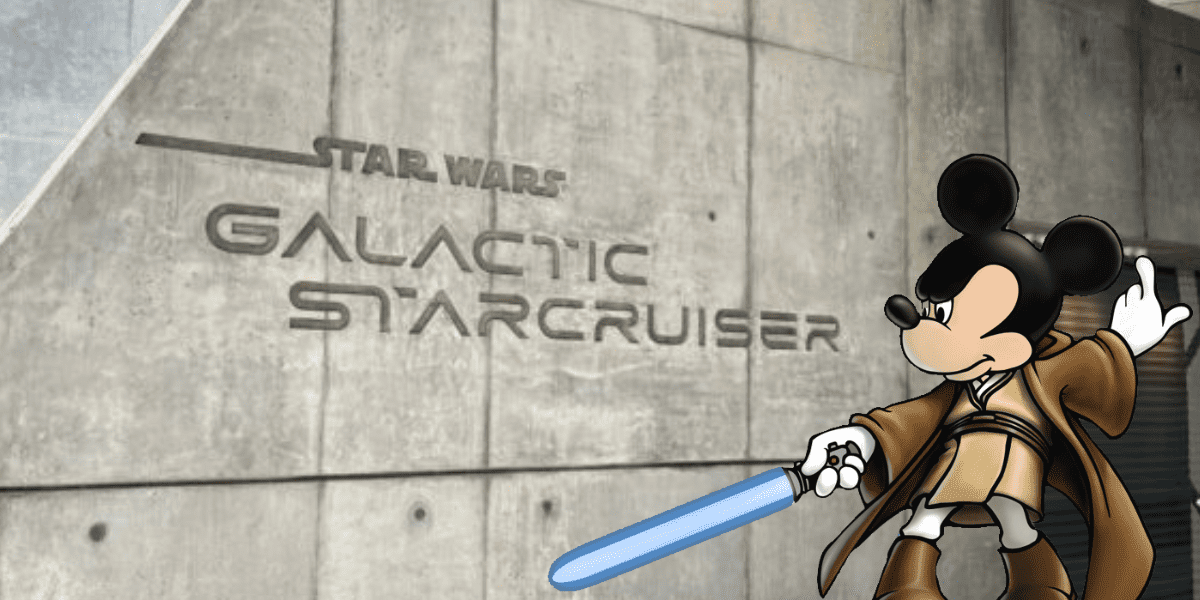 The very first time the concept for a Star Wars-themed hotel at Disney World was announced was back in 2017 during the D23 Expo in Anaheim, California. It was unveiled as part of the 23 slated improvements and additions intended for Disney Parks around the world. More details surfaced in 2019, including the official name of the hotel, which was revealed to be Halcyon. The umbrella title for the overall adventure package, though, was presented as Star Wars: Galactic Starcruiser. Touted as a two-night immersive experience beyond anything ever presented before, as more details emerged, we all learned firsthand that the use of the term “all-immersive” was to be taken literally. 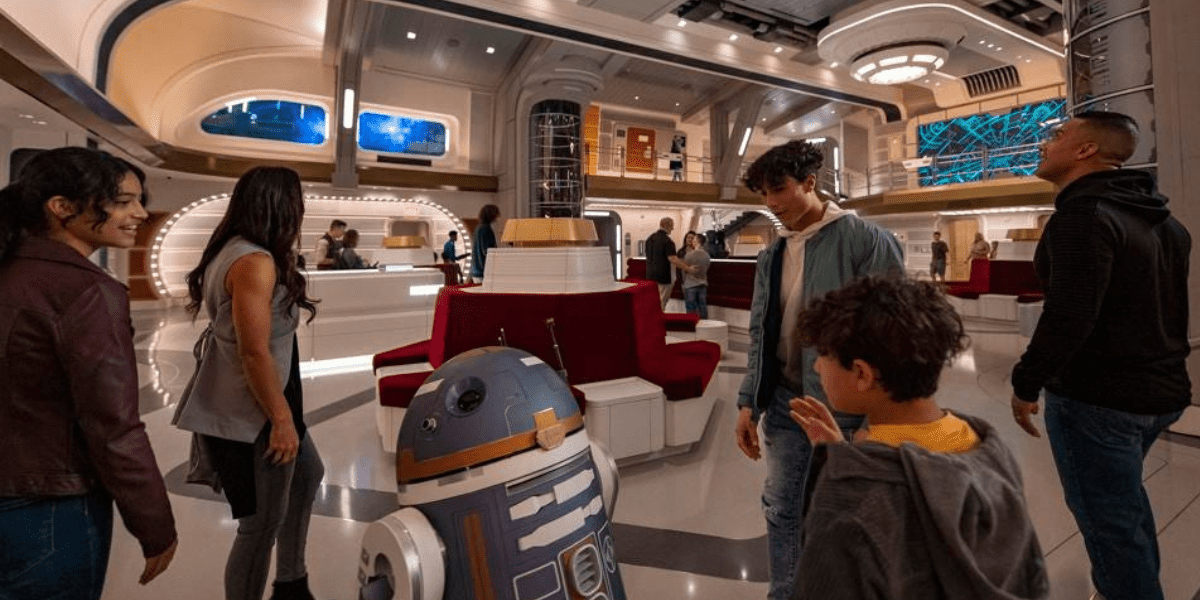 While the hotel is essentially a grounded Resort, it follows an arrival and departure format similar to that of a cruise line. More specifically, each excursion begins and ends for all Guests at the same time. The adventure starts off with an arrival at the Resort’s “terminal” at Walt Disney World Resort, right outside of Disney’s Hollywood Studios. From there you and all the other Guests board a “launch pod” that takes you to the main Halcyon starcruiser. And it’s at that point when you embark on your two-night action-packed, entirely interactive experience. 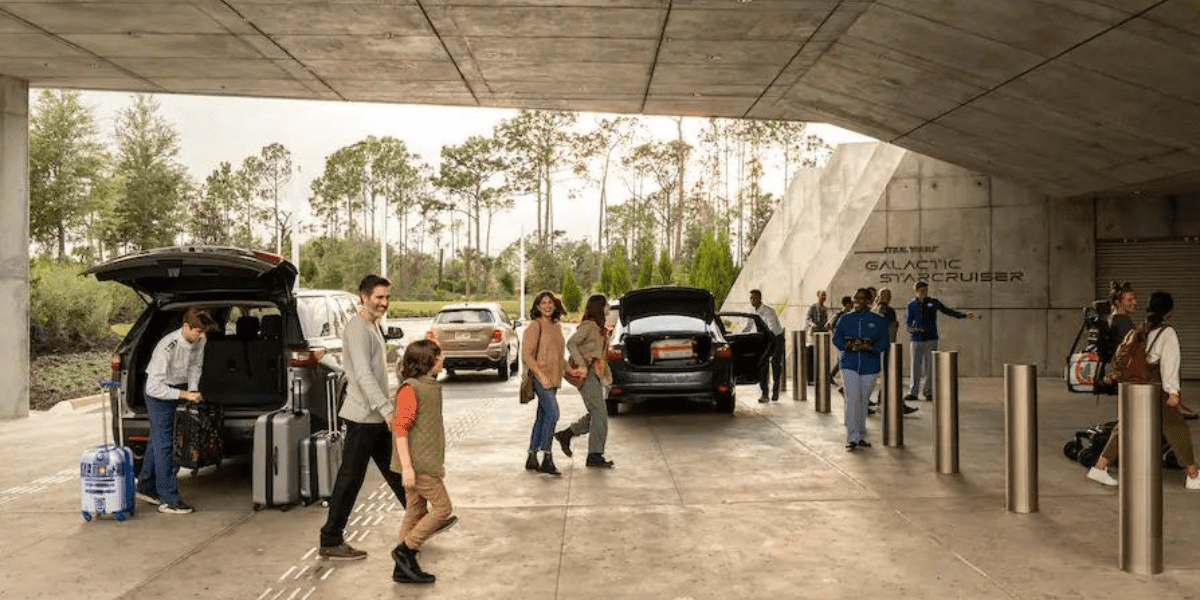 Your itinerary will be filled with an extended roleplaying adventure of your choosing, taking up the entire duration of your stay. There are, however, specific communal and integral events in which all are encouraged to participate in. And then there are those standout highlights along the way, including personal interactions with new and familiar Star Wars characters alike, having the chance to undergo lightsaber training, exploring the Bridge and operational controls for the ship, and even going on a detour to Star Wars: Galaxy’s Edge over at Hollywood Studios to Batuu (yes, the hotel has a private connecting entrance that “transports” you there directly). 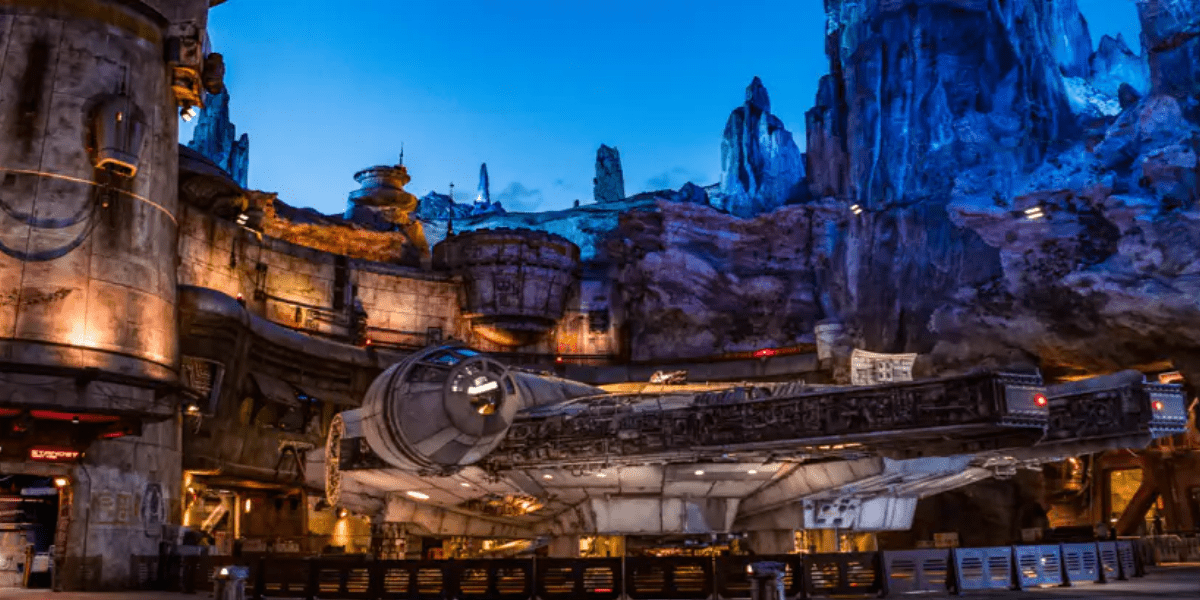 Is the Roleplaying Overplayed?

Perhaps you’re the type of person who truly enjoys going all out with the roleplaying bit. Perhaps starring in your very own Star Wars story is a dream come true. In that case, the Star Wars: Galactic Starcruiser adventure is perfect for you. But for others, even ardent Star Wars fans, an all-immersive experience may be just a tad bit too much. These are the folks who may enjoy Star Wars within reasonable limits but do not wish to be actively engaged in playing a part in some ongoing story, per se. The question remains on whether this is truly the experience that most Star Wars fans had initially hoped for when they first got wind that a Star Wars-themed hotel would be coming to Disney World. What about those Star Wars-loving Disney traditionalists who were hoping for something more on par with the usual Disney Resort style layout of unique décor and style motifs but without the roleplaying package deal? 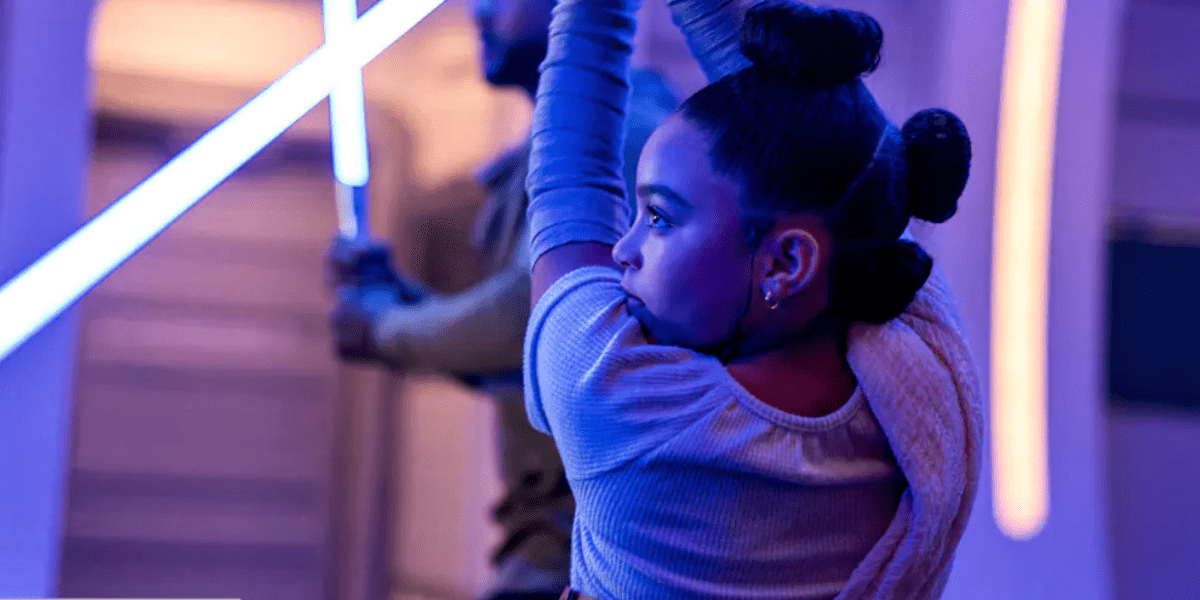 Is Space Too Confining?

Because the Star Wars: Galactic Starcruiser adventure is more comparable to that of a cruise line excursion, like a cruise line you will be limited to the “ship” throughout the two-night experience. Such a concept may work fine for Disney Cruise Line destinations, but not so well for what is essentially a hotel on land. For starters, Guests aboard a Disney Cruise still have access to fresh air, at least. But because the illusion they’re going for aboard the Halcyon is that of Guests being in outer space there are no real windows, balconies, or access points to the outdoors. At best, you have simulated window effects but never get to see the light of day. While it’s true that you do at least get to experience a planet excursion to Batuu, is it really enough? 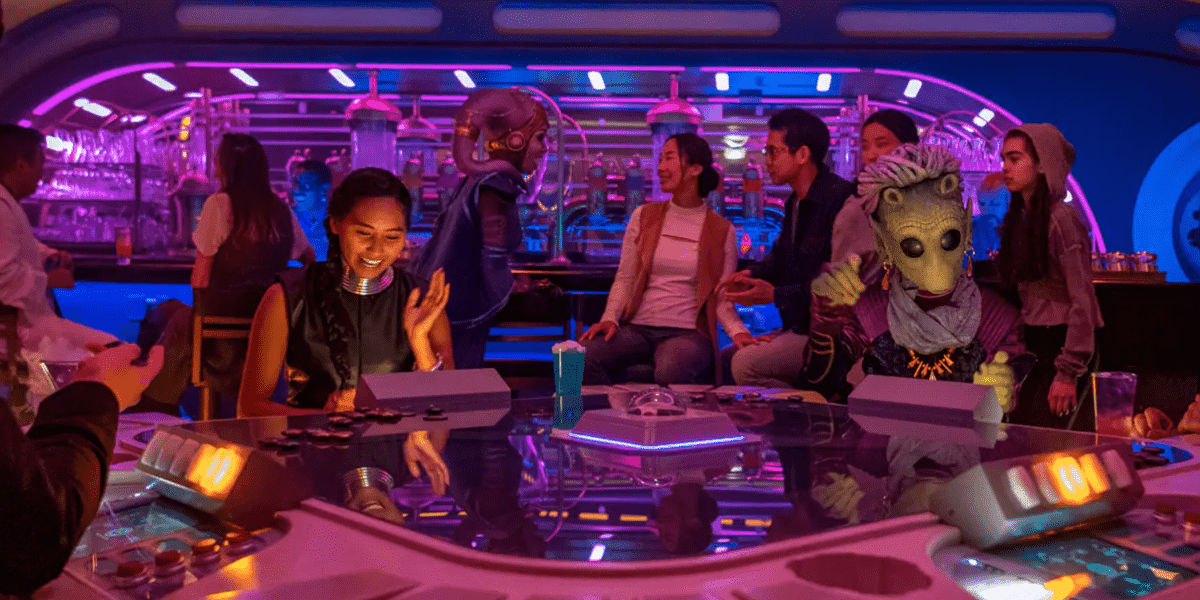 The Deviation from Disney Resorts as a Downfall

While each and every Disney Resort does a wonderful job in upholding its own creatively applied themes and motifs, the Halcyon is so immersed in being of the stuff that’s from “a galaxy far, far away” that it literally distances itself too much from the magic many Disney vacationers seek out specifically. Take any other Disney Resort, for instance. In every case, you get to enjoy a themed onsite experience that’s never completely cut off from Disney Park visits. You are not tied up with some ongoing roleplaying game but are free to pick and choose your onsite experiences. You get to eat where you want, shop when you want, take the shuttle to wherever on Disney Property you want to go, etc. Plus, there are so many amenities and recreations at your disposal. Swimming, for instance, is one of the most popular pastimes at Disney Resorts, but there isn’t a single pool on location at Halcyon.

The Dining scene also seems particularly limited. Most Disney Resorts have several options to choose from and many different cuisine options at that. While the Star Wars: Galactic Starcruiser adventure does accommodate special dietary requests when made in advance, the pickings still tend to be rather slim and limited at best. And the whole communal dining thing where you’re eating with people you don’t know can be a real turnoff for those of us who don’t like that sort of thing. 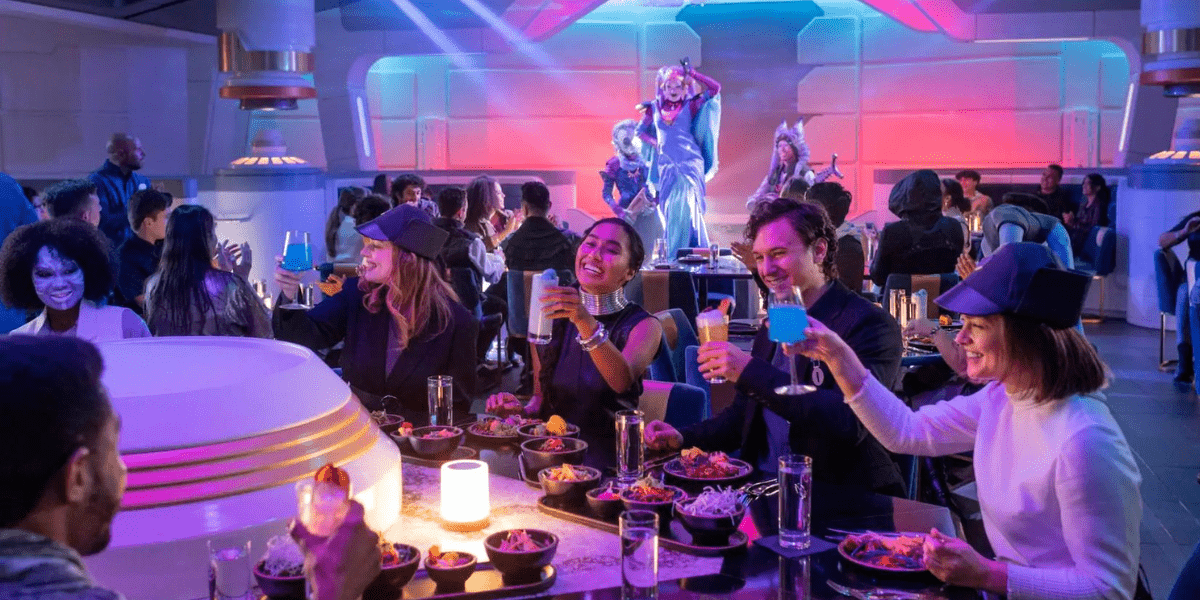 Related: Here Are the Ways to Stay in Luxury at Walt Disney World Resort

Can Bad Timing Be Blamed?

Another possible reason for the underperformance of Star Wars: Galactic Starcruiser could be blamed on bad timing. The Resort’s initial opening had already been delayed a year following the COVID-19 pandemic that literally brought everything to a halt. When it did finally open, after a lengthy and expensive groundbreaking, no less, it was already March of 2022. Whether or not the pandemic can take a significant amount of the blame is undetermined, but it certainly did contribute to some extent, both in construction delays as well as needing to wait on certain experiences that were necessary for the plot to be safely implemented. 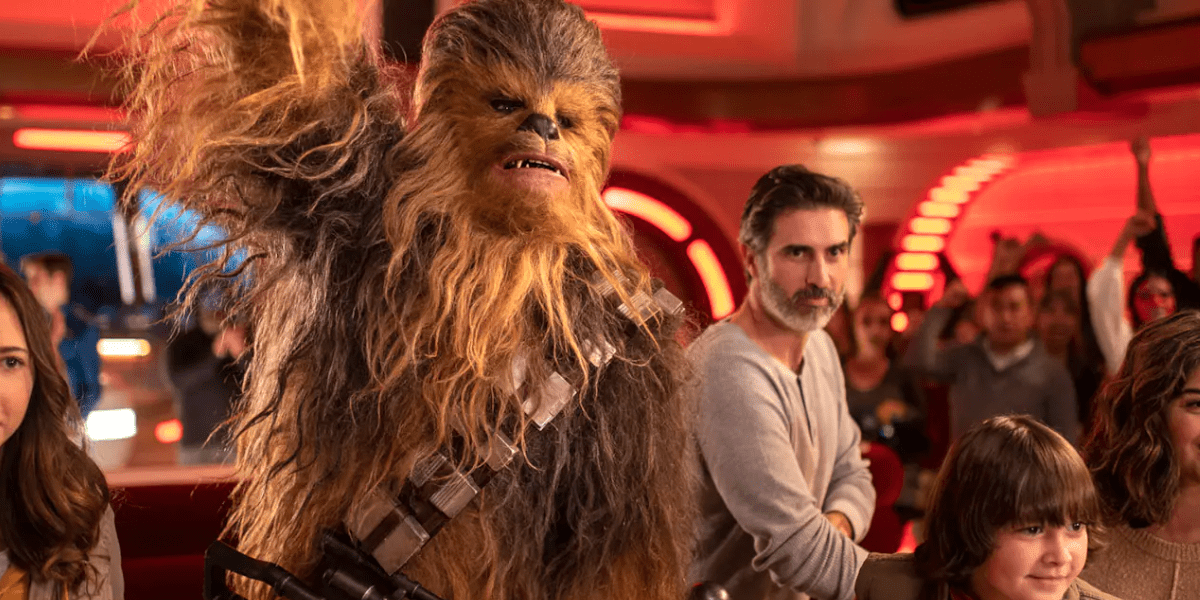 Is the Cost a Major Turnoff?

Cost is likely the biggest factor for why Star Wars: Galactic Starcruiser isn’t doing so great. The going rate per Guest per night in a standard cabin room comes out to $1,209. When you add in the fact that you will be staying two nights and are likely to have at least two or more people in your party, this total goes up even more. Tack on the price for food, Park tickets for that Bantuu experience, and other extras, and you may well be looking at $5,000 or more.

The Star Wars: Galactic Starcruiser is counted amongst the most expensive experiences you can have at Walt Disney World Resort, and staying at the Halcyon is equated to staying at a Disney Deluxe Resort. When compared to the going rate for booking a standard room at Disney’s Grand Floridian Resort & Spa, for instance, the two-night total came out to just half the price. What’s more, the Grand Floridian’s rooms are all larger and nicer. You’re not really getting much in the way of luxury with Halcyon’s room setup. 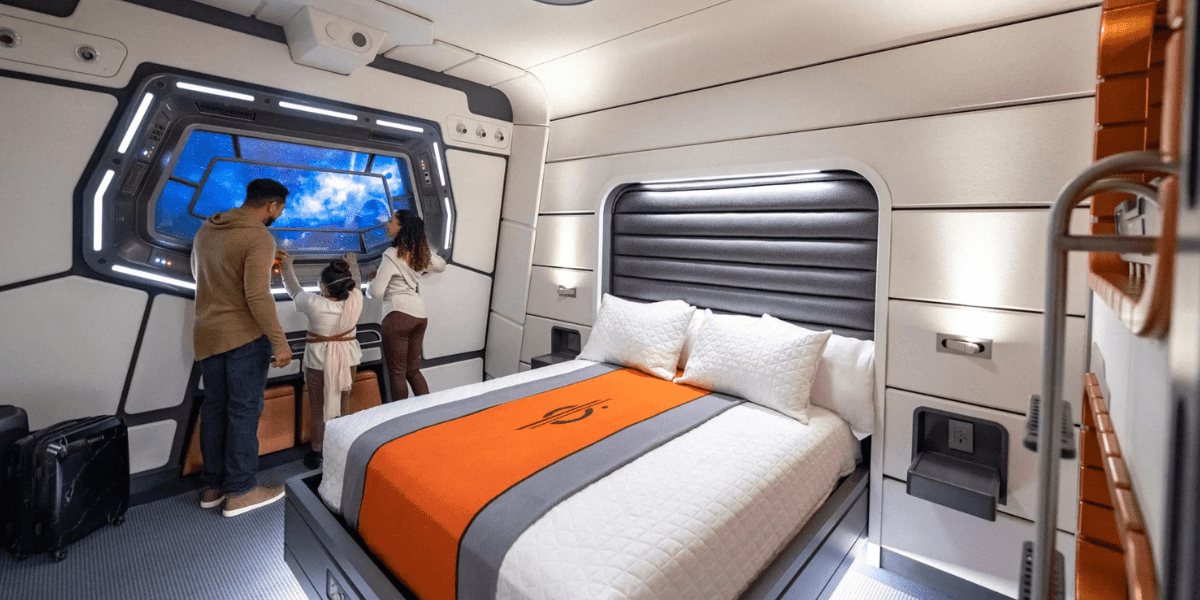 Then, there is the whole matter of the lack of amenities I briefly touched on. While Star Wars: Galactic Starcruiser is priced for being a luxury experience, it omits most of the stellar amenities other Disney Deluxe accommodations are most famous for. In fact, the Disney Website even suggests that Guests check into another Walt Disney World accommodation once their Star Wars: Galactic Starcruiser adventure has concluded in order to get the most out of their vacation experience.  Wow, Disney! Not only are you trying to charge folks the price of a luxury Resort minus the luxuries but now you’re trying to get them to pay extra to experience all that was initially eliminated?

So why does the Star Wars: Galactic Starcruise experience really come with such a hefty price tag? Disney justifies the cost by claiming the total sum of what you pay for is the novelty experience at hand, rather luxury. So, is paying such a steep price for a limited two-day excursion even worth it, even for diehard fans? Even those who would be happily willing to pay may not have that kind of cash to burn. And here is where Disney has created a two-edged deficiency; they’re chasing away would-be interested folks who don’t feel the cost justifies the limitations of such a stay while also holding the bar too high for those who truly would love the experience but cannot financially afford to pursue it. 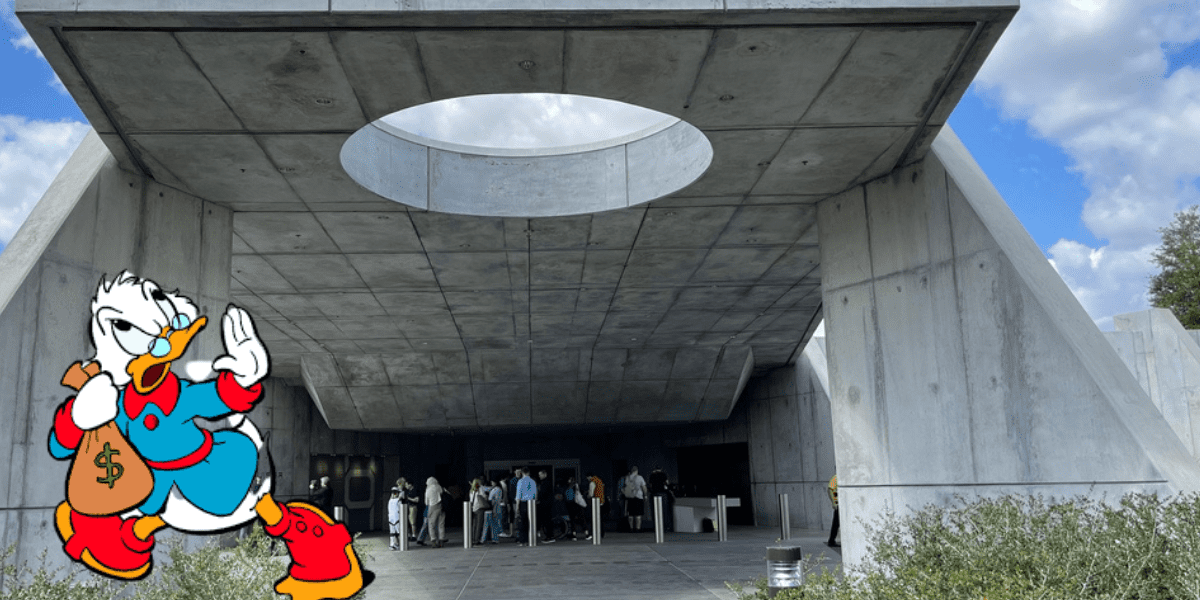 With less than a year in operation, it may still be too premature to declare whether or not Star Wars: Galactic Starcruiser can be truly denounced as an epic failure. But it cannot be denied that the Walt Disney Company definitely bit off more than it can chew in premiering such an elaborate experience, especially one that comes with that sort of expense. There’s definitely still work that needs to be done to make Star Wars: Galactic Starcruiser more successful. Reducing the total cost would certainly help and may even bring in additional Guests willing to pay. Maybe even a reimagining that would integrate more familiar Resort experiences would be an alluring asset as well. But the decision will essentially be up to Disney to make, whether that decision calls for further investment and additional risk-taking or putting a pin in the entire operation and moving on to something else.