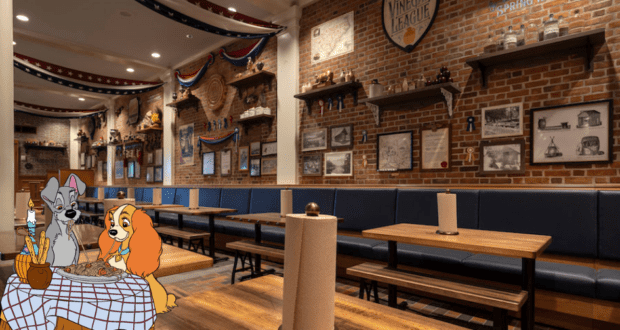 By now, we all can agree that Walt Disney World Resort is host to a rather profuse lineup of different dining venues. You have full-service table seating, convenient on-the-go counter-service offerings, and unique presentations in both theming and menu at every location. Naturally, we all end up discovering our own set of personal favorites among the vast options. And the great news is that the dining scene at Disney is forever evolving, welcoming in new venues that promise equally enticing experiences.

Just within the last two years, there have been several new dining establishments that have emerged on the scene. But with Disney Park closures, delays in getting back to vacationing and traveling, and other factors, some of these venues still haven’t received a rightful reception and are still considered new. And then there are all those very recent openings on top of all that! Want to know where to go for all that? Here are nine new places around Disney World that you still need to try.

This quick-service establishment over at EPCOT’s American Adventure Pavilion may be more than two years old already, but it’s still fairly new, especially given the fact that it opened in February 2020, just before things got weird. A celebration of American barbecue traditions, the eatery follows a colonial-inspired theme in décor and style and offers plenty of available onsite seating. 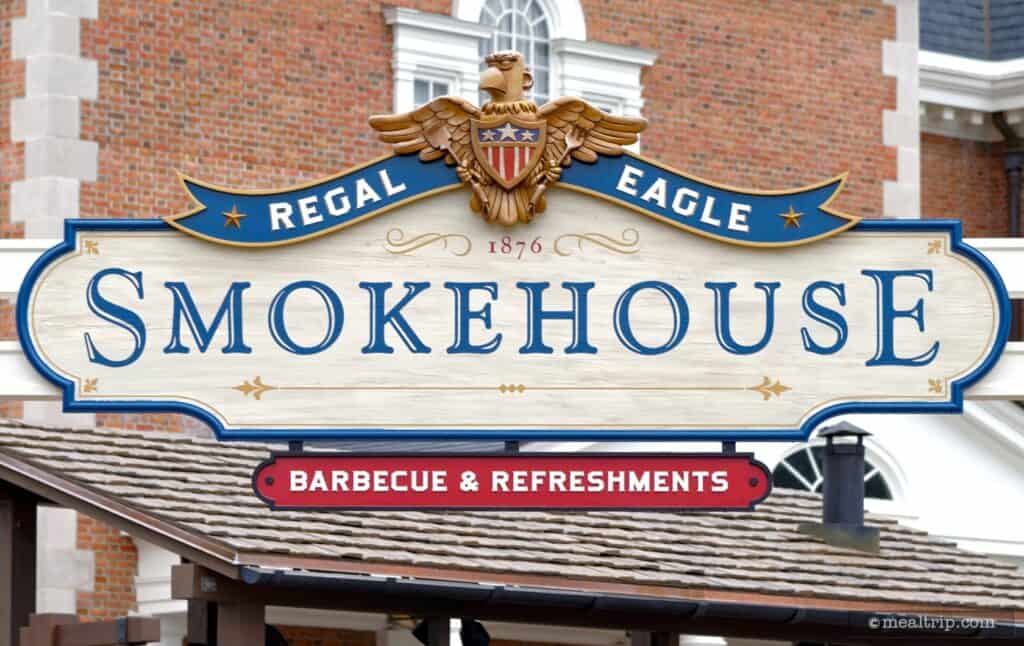 The menu features a host of traditional grill classics, all done up flavorfully, exceeding the standards of any backyard cookout. From burgers to brisket, chicken to salad, and even the marvelously done plant-based BBQ Jackfruit Burger, there are just so many enticements to sink your teeth into here.

This is also the place to delight in a vast array of crafted American brews and libations, including ciders, ales, and lagers, as well as wines from California and Washington. And their Tennessee Lemonade, made from Jack Daniel’s Whiskey, peach, and Minute Maid Lemonade, is a favorite to many. 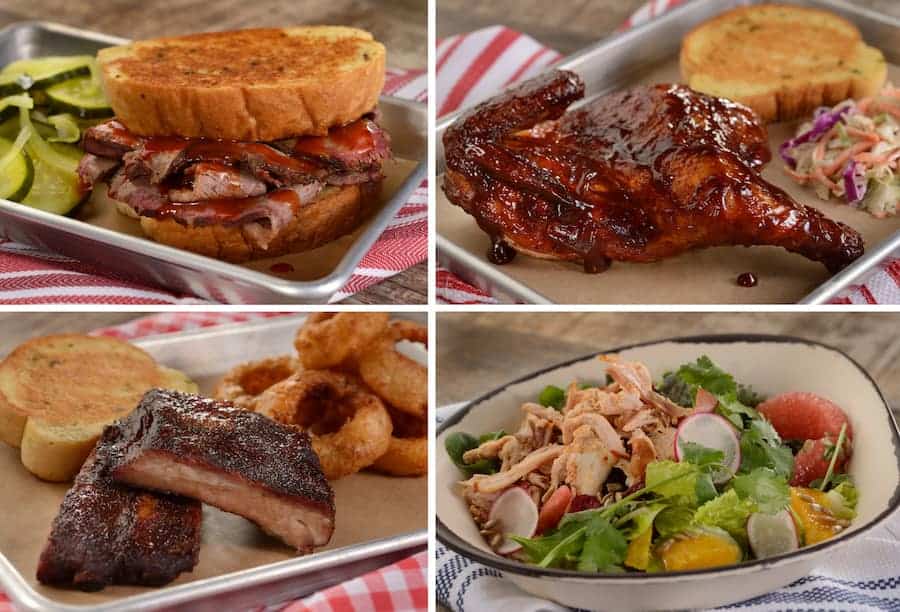 Here’s another establishment that opened back in February 2020 that you still may not have had the chance to try. Located on the West Side of Disney Springs, this bar/restaurant setup boasts 17 high-definition televisions, including an entire video wall that is perfect for watching sports. Their established menu selections go above and beyond the usual pub grub fare and even boast fancy salads, flatbreads, and other enticements. Gourmet burgers and tacos are pretty popular offerings, to say the least. What’s more, they even feature a fabulous Rock N Roll Brunch every weekend from 10 a.m. to 3 p.m.

In the way of libations, City Works provides well over 90 different beers on tap, including hard-to-find limited selections from around the world. They also present some fabulous fine wines as well.

The indoor table dining areas are able to accommodate plenty of people, which is good because things can get pretty crowded here. Do take note, however, that they also have available outdoor patio seating in a perfect dog-friendly setting. 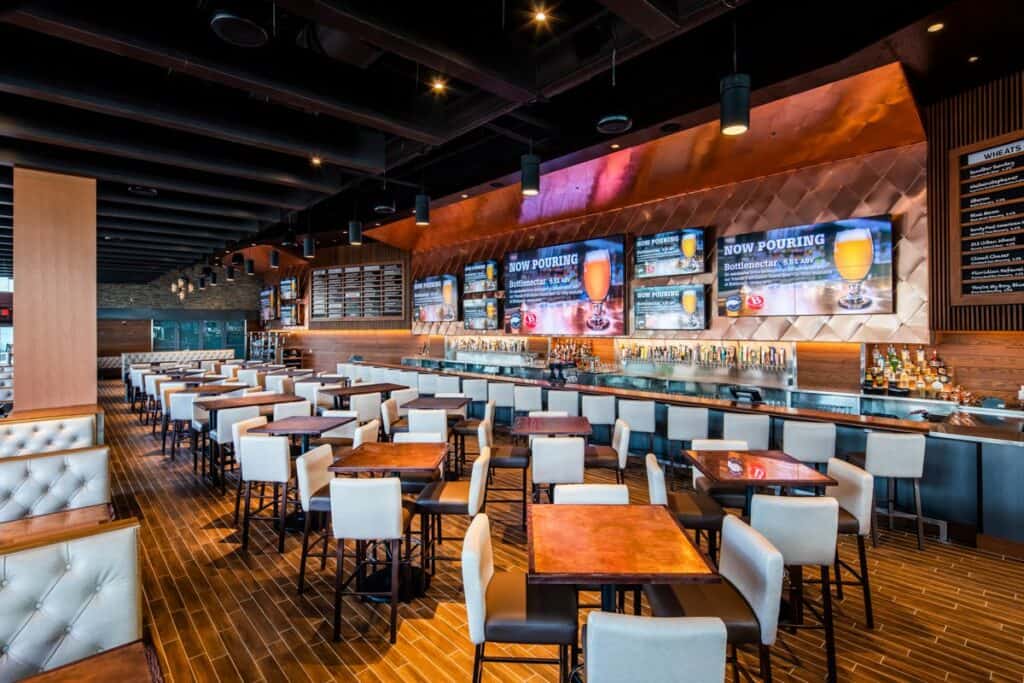 Whether you’re a self-proclaimed foodie or a Disney fan seeking a brand-new out-of-this-world experience (or both), you’ve no doubt been awaiting the opportunity to try out this space station-themed signature restaurant, which opened at EPCOT back in September 2021. And it truly is an epicurean experience that elevates dining to new heights, quite literally.

The restaurant’s surrounding motif is fully immersive, providing panoramic views of space that work well in crafting the illusion that you are, in fact, dining among the stars. As for the stellar food presentation, you will be indulging in the very best of the best in modern American cuisine, offered via a multi-course prix fixe menu, with plenty of selections to pick from. Astronomically appealing appetizers include Space Greens or Blue Moon Cauliflower, with filling entrées that offer numerous cleverly themed renditions. Then there are all those sweet sendoffs to really blast off with, not to mention the wonderful drink concoctions in addition. 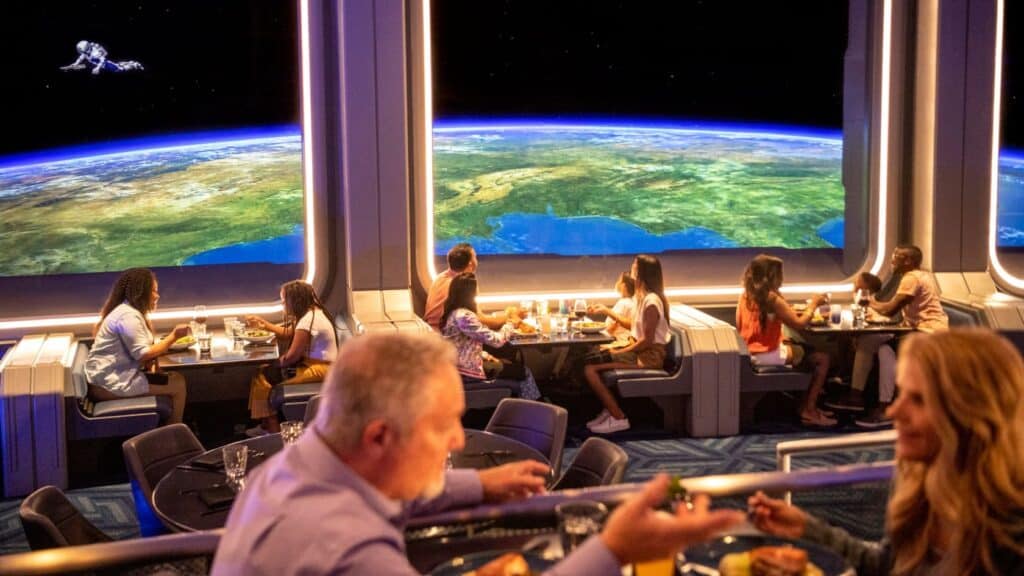 This fresh new modern chic steakhouse opened onsite at Disney’s Contemporary Resort back in October of 2021, occupying the space that was formerly The Wave. The “71” in the establishment’s name pays tribute to the year that Walt Disney World Resort officially opened to the public, to which the Contemporary Resort also opened in tandem. 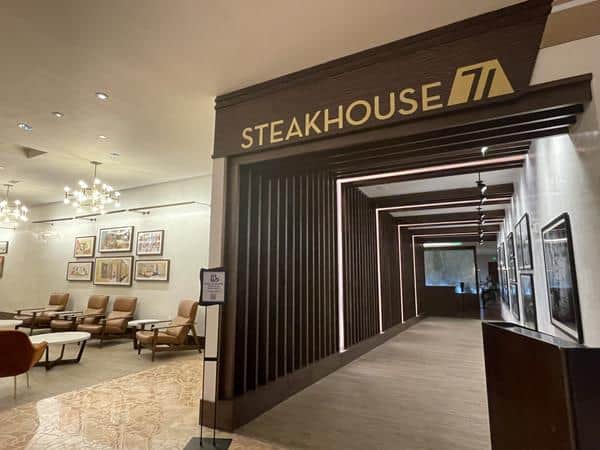 In keeping with the nostalgic yet always-in-style feel that Disney’s Contemporary is so known for, the new restaurant is decked out in a fresh modern format while retaining classic Disney appeal—evidenced by the vintage photographs depicting Disney history. Throughout the restaurant, you will also find befitting artwork renditions of many Tomorrowland attractions adorning the walls. As for the food and drink scene, you will not be disappointed by the overwhelming array of tantalizing selections inspired by the personal tastes of Walt Disney himself. A wonderful place to enjoy steakhouse classics for lunch and dinner. Do note that they also serve up traditional breakfast here as well. 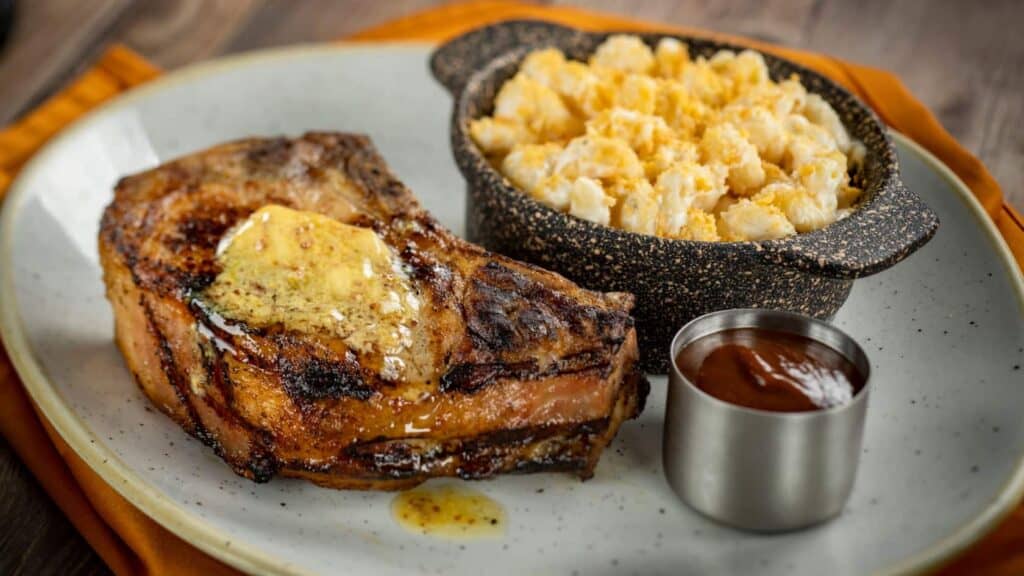 In addition to seating in the main restaurant area, Steakhouse 71 also houses a full bar and a low-key, comfy lounge. What’s more, the lounge even accepts walkups and makes for a wonderful experience in and of itself. Many are still looking to get back to EPCOT’s France Pavilion now that the new Remy’s Ratatouille Adventure attraction has opened. Additionally, folks are also hankering to try out this new crepe spot, which opened within this expanded section of the Park back in October of 2021. While La Crêperie de Paris is a full-service table restaurant, what’s perhaps most interesting in the way of convenience is that it boasts an adjoining quick-service window—Crêpes À Emporter at La Crêperie de Paris. What’s even better is the fact that they even feature the same menu as the sit-down restaurant. 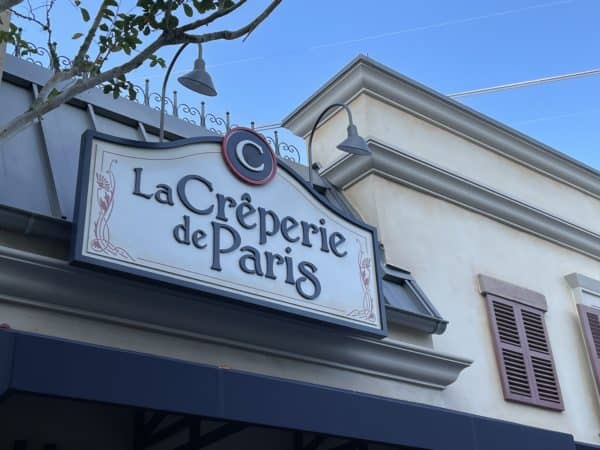 Whether you opt for quick-service orders or decide to come on in and sit awhile, you’ll be indulging in delightful presentations conceptualized by none other than celebrity chef Jérôme Bocuse. Everything, from soups to salads, as well as those starring galettes that are the primary focus here, are all maid-to-order. Guests have the option to order a la carte or prix fixe.

For those who come in for the full-service experience, you will find a charming eatery laden with exposed wooden beams, blue glass windows, and a true emanating feel for the Brittany region of France. And like any great regional haunt in Britany France, it goes without saying that a wonderful array of libations come as part of the experience, with options ranging from ciders, wines, and so much more. 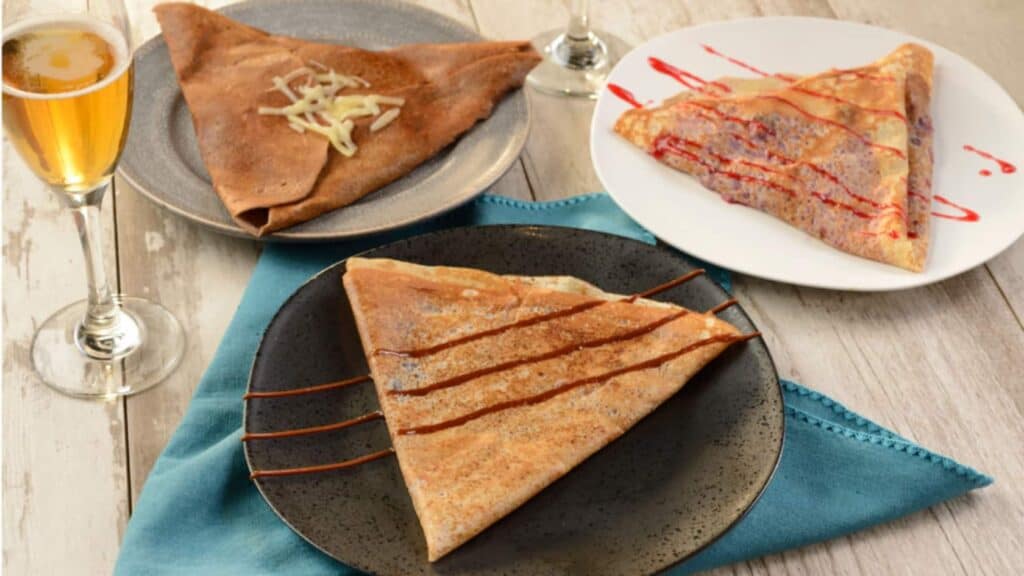 While not typically counted among the lineup for newer “dining venues,” the food truck scene at Disney Springs is surprisingly popular, especially for those looking for on-the-go convenience that doesn’t require a lot of fanfare. And this particular truck, which pulled onto the scene back in March 2022, is an especially unique offering worth noting.

If you’re looking for a fresh, healthier spin on fast food, then Local Green Orlando is the place to try out. In their ongoing mission to “redefine healthy, affordable food for all by creating an ecosystem based on trust and accountability,” they bring about a flavorful menu of vegan, vegetarian, and pescatarian specialties that offer a healthful take on well-loved street food. And they’ve been pretty popular since their arrival, to say the least. Even if you aren’t adhering to any of the aforementioned dietary designations, you won’t want to miss out on what they’re dishing up. While debatable on whether an ice cream place is considered a dining venue, per se, this is still one of the newest “cool” culinary quests to come to Disney Springs recently. In fact, the crowds have constantly been streaming in since they first opened their doors in April of 2022, offering up a vast array of novelty special ice cream flavors. Some of the flavor concoctions boast unexpected combinations you wouldn’t think would work so well but exceed the standards of excellence just the same. Some tastes are rotational, while other classic hits are staples you can get at all times. What’s more, Guests can even sample the goods before making any final decisions. Want even more? They even offer freezer pints!

While this location is admittedly too small to stay a while at, it happens to be located right in the heart of where you can find various outdoor seating at Disney Springs. So make it a point to stop in for the ultimate ice cream fill or even a sweet sendoff following the main meal. 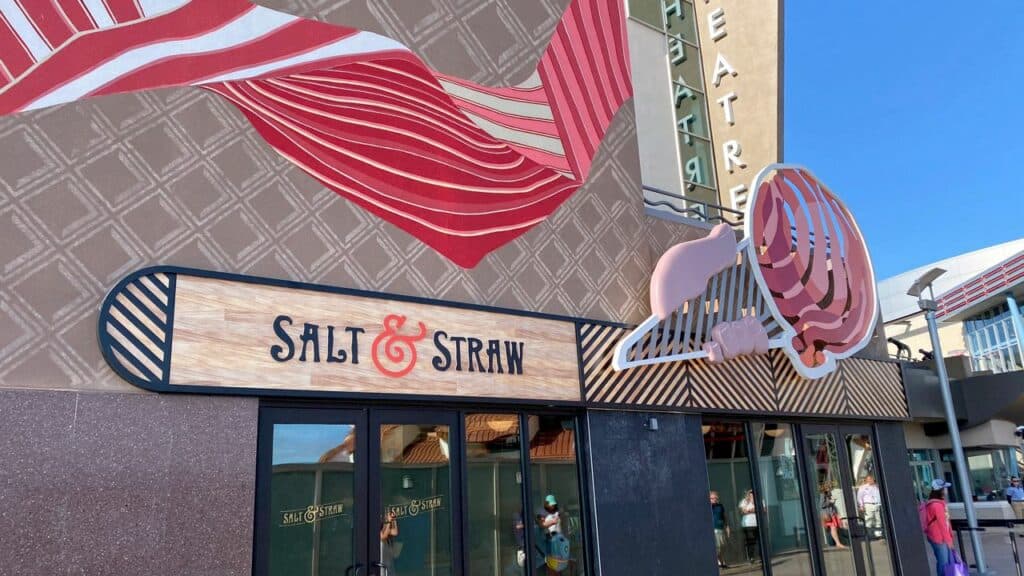 Connections Eatery is perhaps one of the most befitting quick-service restaurants to emerge on the scene at EPCOT in recent years. Having opened back in April of 2022, the large edifice houses both a Starbucks branded café as well as an innovative restaurant layout with an appealing theme that personifies Walt Disney’s desire for an Experimental Prototype City of Tomorrow. With floor designs patterned after Walt’s original plans for the proposed layout to large spacious windows, you get the futuristic aspect of EPCOT. Then there’s the harmonizing wraparound wall mural signifying the international incorporation of food and fellowship—a perfect nod to the World Showcase. 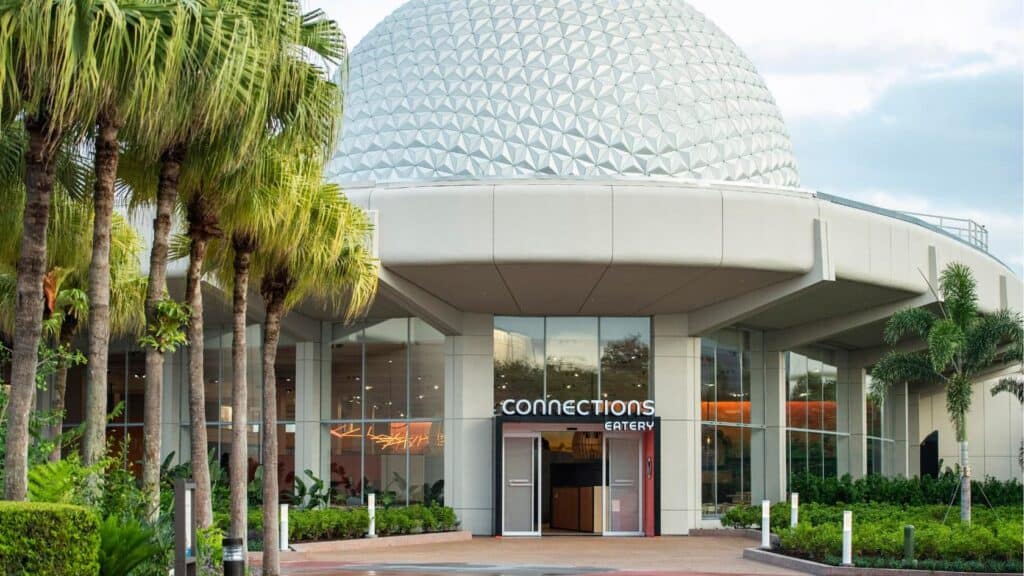 Driving home the latter point of international interest is the flavorful menu offered here. From gourmet burgers to savory pizza, entrée salads, and a flavorful presentation of other hits on a global scale, you’re sure to enjoy your meal, whatever you so choose to dive into. And with all the spacious available seating, you’ll want to stay and relax a bit, no question about that. 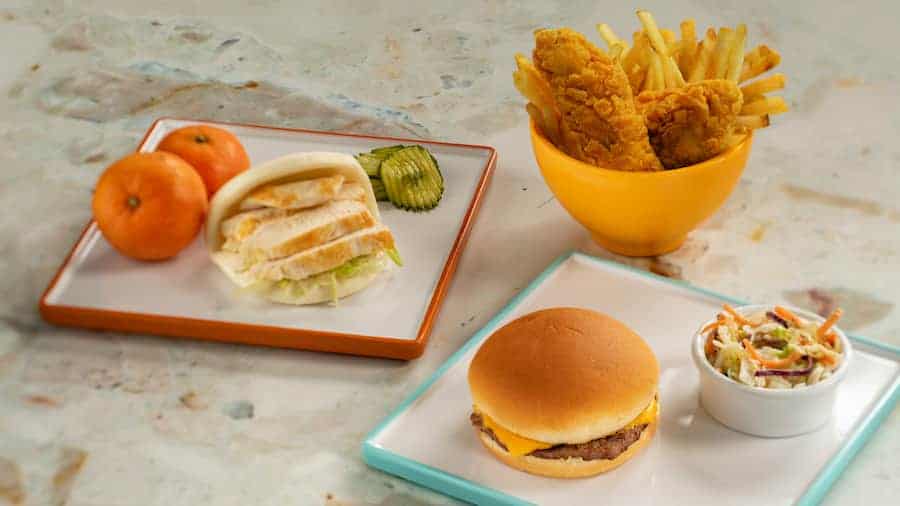 At last, as of August 15, 2022, Disney World’s newest addition to the restaurant lineup has opened to the public. Located, quite obviously, at Disney’s famed BoardWalk scene, this quick-service stop is the ultimate go-to for all your favorite staples and sweet treats alike.

Drawing inspiration from Northeastern delis that are such a part of Americana and fitting with the BoardWalk setting so perfectly, you can enjoy all those well-loved classics like bagels, over-stuffed sandwiches, grilled goods, and so much more. On the sweet side of the spectrum, you won’t want to miss out on the cookies, scones, danishes, croissants, and other hits you may be hankering for.

The new BoardWalk Deli is open around the clock, offering up unique breakfast renditions in addition to those always-available deli hits. Their breakfast bagel sandwiches are already garnering praise early on in the game, and their unique plant-based Ciabatta Breakfast Sandwich is amazing with “Eggs Florentine,” “cheese,” tomato jam, and arugula. 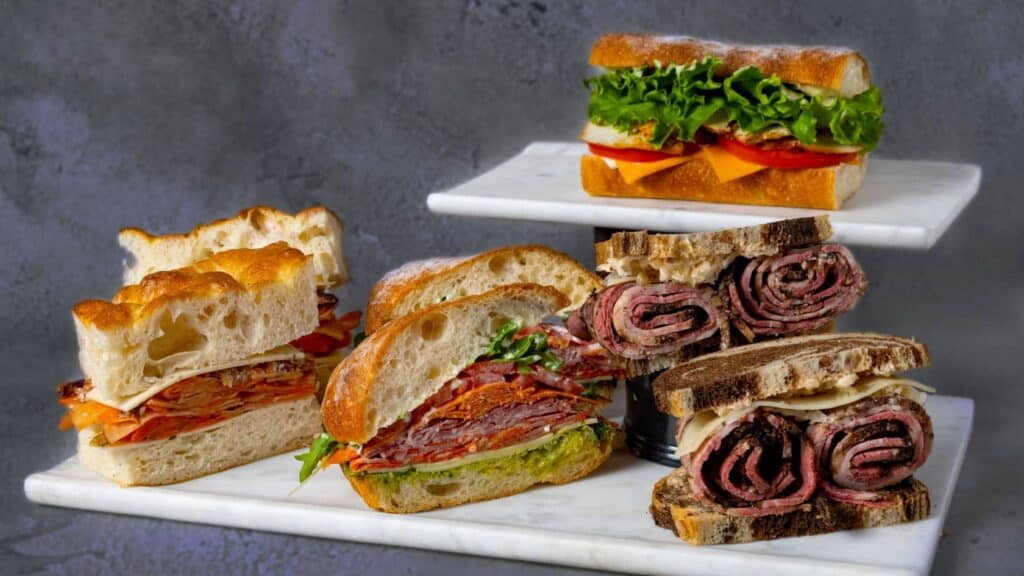 The food scene at Disney World is always expanding, and so are the possibilities for discovering new emerging favorites. So go ahead and tuck in. You may just be adding to that list of versatile venues you love before the meal is through.

Disclaimer: The opinions expressed in this piece are the writer’s and may not reflect the sentiments of Disney Fanatic as a whole.