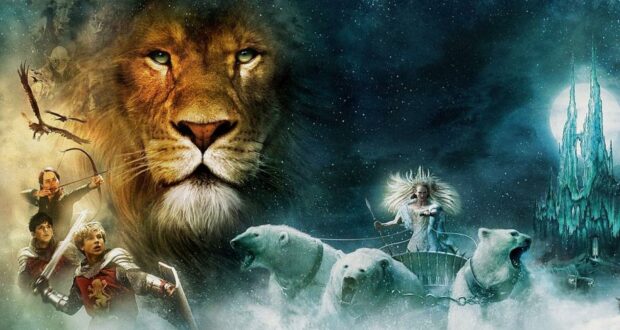 Spring, Rebirth, Renewal, and Family: Why ‘The Chronicles of Narnia—The Lion, the Witch, and the Wardrobe’ Remains One of the Most Universal Seasonal Movie Picks of All Time

This weekend is a big one for family togetherness. With Easter, Passover, and emerging warm weather patterns in general producing more positive vibes, many families are rediscovering those happier feelings that have been in hibernation far too long. So, what better way to celebrate the seasonal good times than by rejoicing in togetherness with plans for a fun family movie night? And if you’re looking for the optimal pick that literally speaks to everyone, then there’s no other Disney recommendation that fits the bill so perfectly as The Chronicles of Narnia: The Lion, the Witch, and the Wardrobe. A timeless classic that first came out back in 2005 with resounding praise on so many different levels, it’s no wonder why this movie is such a universal hit and a continues to stream big on Disney+.

The Chronicles of Narnia: The Lion, the Witch, and the Wardrobe commendably retell the plot from the classic first book of the same name in the well-known classic Chronicles of Narnia series by author C.S. Lewis. Set in the World War II era, the story follows the four Pevensie siblings, who while living in war-torn England, are sent to a large, stately home out in the country in order to find solace and refuge away from all the turmoil that’s become such a constant in everyday life. While the children are all still in the throes of trying to adjust to strange new surroundings, Lucy—the youngest of them all—happens to stumble upon a mysterious wardrobe located within a spare room in the house. The wardrobe, Lucy discovers, is really a portal into another world—a magical place called Narnia, laden with mythical beasts, talking animals, and other unimaginable wonders. Naturally, trying to convince her siblings of her findings is no easy task, especially given the fact that the inter-dimensional entryway comes and goes inconsistently. And even after one of her other siblings, her older brother—Edmund discovers the power of the wardrobe for himself, he denies Narnia’s existence to the other two—older sister, Susan and older brother, Peter.

It isn’t until a run-and-hide situation emerges, which leads them all to seek shelter in the wardrobe, that all four get transported to Narnia together. And once there, they learn several things. First off, things aren’t so docile in Narnia as an evil White Witch is now running the show. Secondly, there is an ancient prophecy that foretells of the coming of two girls and two boys who will help to defeat the Witch and save Narnia. To succeed at the mission, they will also team up with Narnia’s powerful lion ruler, Aslan, who the prophecy portends will return once the humans arrive.

The Lion, the Witch, and the Wardrobe is a multifaceted story about rediscovering love for family, redemption and forgiveness following betrayal, and making the ultimate self-sacrifice in doing what’s right unselfishly and for the greater good of all. From the film’s most climatic plot elements to some of the best CGI-effects for a 2005 film, not to mention an excellent epic musical score on top of all that, The Lion, the Witch, and the Wardrobe truly outdoes itself as a family movie on so many different levels.

The film presents several positive, uplifting messages of encouragement that can speak to everyone. Many religious-minded families find this film to be the perfect companion for the Easter holiday and are easily able to recognize the symbolism at play with Aslan’s sinless sacrifice to atone for Edmund’s earlier betrayal and dealings with the White Witch. But even those of differing religious beliefs, who are not celebrating the Easter holiday, can find several beautiful messages spelled out within the movie’s plot. Those observing Passover, for instance, will see very clear parallels between the whole idea of the creatures of Narnia being led to freedom after being under the evil rule of the White Queen. Then for those looking for a heartwarming sibling-oriented celebration, the theme here is very straightforward. Whatever your own personal beliefs may be, the beautiful messaging behind this story is mutually relatable to all people looking for a wholesome, feel-good, morally based work of family entertainment.

A Celebration of Family Togetherness

Celebrating family togetherness is another deeply rooted theme that the movie embraces. And it is one we can all relate to, not only around a specific holiday or holidays, but all year long. Especially when you consider the renewed sense of appreciation for being back together with loved ones after so many were forced to be separated, the sense of appreciation for family is now, more than ever before, at an all-time high.

While it is true that our key players do have a tendency to fall into the usual sibling banter and are sometimes misunderstanding of or too hard on one another, the Pevensie clan does well when working together—helping one another out and rediscovering how family ought to be both cherished and embraced. From sticking together in the former world of war they originally fled from to joining forces as a united front in Narnia, the message of fellowship with one’s family is one that transcends all calendar dates and can be reinforced any season, at any time in history.

The film also does well at celebrating rebirth and renewal of the spring season—a perfect marker to celebrate our own currently blooming spring season. As our four heroes continue to spend more and more time in Narnia, the perpetual winter season that had such an icy stronghold over the land under the White Witch’s ruling eventually begins to melt away, and is replaced by the lush beauty of spring’s return. It seems only befitting that this would make for the perfect springtime film to watch in general. Although, in all fairness, you can also say it’s a great wintertime watch as well, especially given the surprising cameo that Santa Claus/Father Christmas makes at one point in the film. But as we’ve already emphasized time and again, there really is no right or wrong time to watch this film as its appeal is transcending on a mutually presented and relatable level for all to enjoy, at any time.

Related: Top 10 Reasons to Visit Disney World in the Springtime

The Chronicles of Narnia: The Lion, the Witch, and the Wardrobe was produced by Walt Disney Pictures and Walden Media in 2005. The cast includes several well-known actors and actresses, including James McAvoy, Tilda Swinton, and Liam Neeson as the voice of Aslan the Lion. And because the film runs for over two and a half hours, you can spend a lot of time getting lost in the adventures as they play out on screen. But also remember that this movie was followed by two sequels in addition—The Chronicles of Narnia: Prince Caspian in 2008 and The Chronicles of Narnia: The Voyage of the Dawn Treader in 2010. So perhaps a little Narnia binge is in order all weekend long! And the best news of all is that all of these movies are streaming on Disney+. Rediscover the magic of family movie night with this mutually agreed upon classic that never gets old and is unanimously agreed upon as being the perfect watch to partake in.