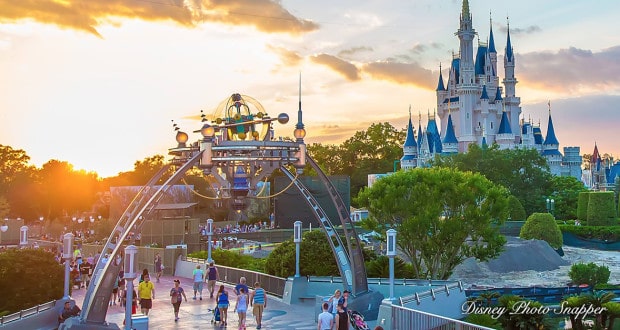 Walt Disney World opened on October 1, 1971. Over the years, there have been numerous accidents, incidents, hurricanes, etc. that have occurred at the most magical place on earth. I have listed ten disturbing incidents not only to inform, but to make future Disney guests aware of what did happen, but most likely won’t happen again. It’s easy to forget about safety and security when you are at Walt Disney World, so hopefully, this article will caution you to be mindful of your surroundings, and if something seems odd or out of place, report it to a cast member and don’t try to figure it out for yourself.

1. March 23, 2010—A Disney transportation bus rear-ended a private charter bus near the entrance to the Epcot parking lot, injuring seven passengers, and the bus driver received critical injuries. It was later reported that both bus drivers were at fault. The Disney transportation bus driver’s legs were crushed in the accident, and he received a monetary settlement because of his injuries.

2. April 2, 2010—A nine-year-old boy was crushed to death by a Disney transportation bus at Disney’s Fort Wilderness while he was riding his bicycle. The victim appeared to turn his bike into the road and ran into the side of the bus. The bus driver, who had 30 years’ experience with Disney, was not charged, and the case was settled out of court.

3. June 26, 1985—A fire engulfed the rear car of Silver Monorail in transit from Epcot to the Transportation & Ticket Center. Fire detection systems, emergency exits, and evacuation planning were not in place at that time, and passengers actually kicked out side windows and climbed around the side of the train to reach the roof. They were eventually rescued by the Reedy Creek Fire Department. Seven passengers were hospitalized for smoke inhalation and minor injuries. The fire was caused by a flat tire being dragged across the concrete beam and was ignited by frictional heat.

4. July 5, 2009—During a failed track switchover, Monorail Pink backed into Monorail Purple at the Transportation & Ticket Center Station, killing the 21-year-old pilot of Monorail Purple. One employee and six passengers were treated and released at the scene. The results of the investigation found that the accident was caused by employee error and a flawed monorail operation policy, which has since been upgraded. Also, passengers are no longer permitted to ride in the front observation car.

Incidents At The Parks

5. May 29, 2013—Animal Kingdom—Dinosaur—A woman found a loaded pistol on the Dinosaur attraction. The gun was reported to the ride attendant, who in turn reported the incident to authorities. When the owner of the gun was found, they stated they were unaware of Disney’s policy against weapons and that he had a concealed weapons permit.

6. November 1, 2014—Magic Kingdom—Seven Dwarfs Mine Train—Falling embers from the Wishes fireworks show landed on the artificial exterior of the ride, causing a fire near the bridge that the coaster travels on just before entering the mine. The ride and the area around it were immediately evacuated. The Reedy Creek Fire Dept. responded and extinguished the fire within minutes. There were no injuries reported. The ride reopened later that same night.

7. November 5, 2000—Magic Kingdom—Splash Mountain—A 37-year-old man was critically injured while trying to exit the ride vehicle while it was moving. He told fellow passengers that he felt ill and attempted to reach one of the attraction’s marked emergency exits. He was struck by the following ride vehicle. He was transported to a local hospital, where he later died from his injuries.

8. September 12, 1992—Epcot—Another 37-year-old man entered Epcot after park closing and brandished a shotgun at three security guards, demanding to see his ex-girlfriend who worked at the park. He fired at the guards, took two of them hostage in a restroom near the Journey Into Imagination Pavilion. When Sheriff’s deputies arrived, he released the hostages. After exchanging words with deputies, he put the gun to his head and fired. He was pronounced dead on arrival at a local hospital.

9. July 10, 2014—Magic Kingdom—Pirates of the Caribbean—A male guest from the United Kingdom was hospitalized after losing the tips of his ring and pinky fingers on his right hand while riding the Pirates of the Caribbean. The guest had his hand outside of the ride vehicle at the time of the incident. The ride was shut down briefly for inspection and later reopened after it was deemed safe.

10. April 12, 2015—A 36-year-old driving instructor was killed in a car accident at the Exotic Car Driving Experience. He was pronounced dead at the scene, while the driver was taken to a nearby hospital with minor injuries. The accident occurred when the driver lost control of the Lamborghini, doing 120mph, and hit a guardrail. The Exotic Car Driving Experience is now closed.

Walt Disney World is, in my opinion, is the best Vacation Destination in the world. It is filled with amazing thrill rides, attractions, parades, musical shows, and a huge variety of dining and shopping opportunities. It is a place I think Walt would have approved of; a place parents and their children can enjoy the rides and attractions together. Also, here, adults turn into virtual children, and have the time of their lives. Although accidents do happen, Disney does its best to handle every incident with the utmost care and concern, insuring every guest a safe and happy environment for their special Disney experience.