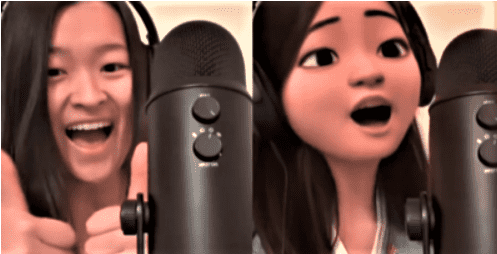 Over time, Disney princesses have been becoming more diverse and more inclusive — but there’s still a long way to go for complete inclusion from many audience members’ point of view, and one Disney fan is doing something about it! Harvard student Julia Riew has created an entire Disney-inspired musical for her senior thesis at Harvard University, and along the way she created a Korean Disney princess.

Julia shared her Disney princess Shimcheong on TikTok, singing one of the many original Disney-inspired songs that the young woman has written for her Shimcheong musical, and the new Disney princess quickly went viral among TikTok and Instagram audiences! 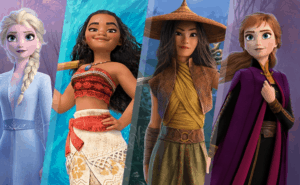 “There was no Korean Disney princess so I decided to make my own,” Julia Riew wrote in the post. “Introducing my Korean Disney princess: Shimcheong!!” Julia then uses a filter in the video to make herself look animated (with “distinctly Korean American” features like monolids, which Julia says she chose very specifically, as well as a hanbok) and bursts into an original song.

The song is in the style of typical Disney princess ballads (also known as ‘I Want’ songs, in which a Disney protagonist sings about his or her dreams), and it is called Dive. This original song was written by Julia Riew herself, who is a composer, lyricist, and writer studying at Harvard University. There’s also a second part of the introduction to Shimcheong, which you can see further below!

In an interview with WBUR, it was revealed that “the song [Dive] sets up a deep sea adventure and Shimcheong’s personal quest for belonging. More than a hundred collaborators emerged on TikTok with covers and fan art, drawn to not only Riew’s singable melodies, but what Shimcheong represents”.

There are apparently “traditional Korean musical influences” throughout the original musical, and Julia’s musical Shimcheong: A Folktale is based on The Blind Man’s Daughter, a Korean folktale about “a girl who sacrificed herself so her blind father could see” and who then “dove into the ocean [and] reappeared as a beautiful lotus princess.” Julia wrote and began development on the musical last year during the pandemic, after her grandfather passed away from COVID-19 and her grandmother moved in (thereby bringing more aspects of Korean culture to the household). 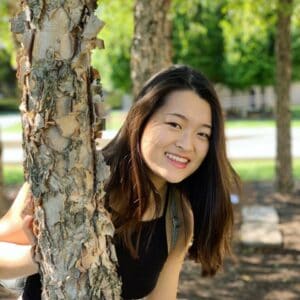 The musical also has a Disney villain song, “Don’t Be Fooled”, and a Disney Prince song called “Looking for Something”. In addition, there are many other Disney-inspired songs in the musical as well as two of Julia’s six other original musicals, “Thumbelina: A Little Musical” and “Jack and the Beanstalk: A Musical Adventure”. 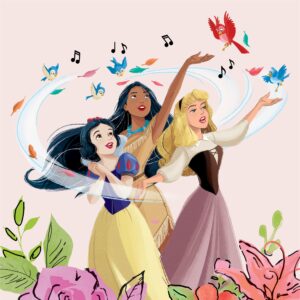 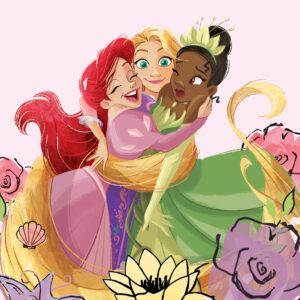 Julia was also interviewed by Boston NPR soon after her Korean Disney princess post (which was her first TikTok post), and the young woman has confirmed that she has “been approached by multiple people to take the project forward”. With a full screenplay and more than 15 songs written, it certainly sounds like a Disney princess story that has merit.

Since writing music for Disney is a dream of Julia’s, we’ll have her fingers crossed for her success with Disney or a Disney and Broadway show! The seven musicals that Julia has already created (including writing, producing, and recording all of the music for each production) have made their debuts at Harvard and at the American Repertory Theater, and two of them are in development for theatrical productions within New York City and Kansas City!

Would you like to see the full musical for this Korean American Disney princess, and to see a person like Julia Riew as the next Lin-Manuel Miranda helming Disney musicals?