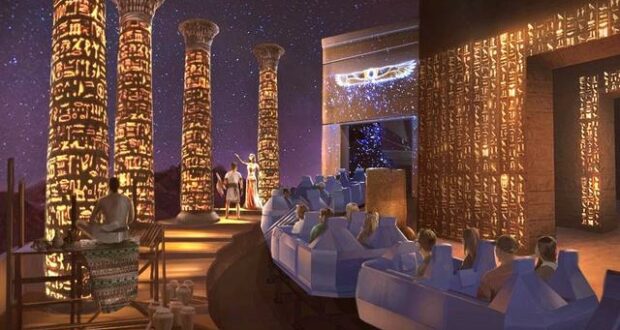 Walt Disney World Resort is the place where magic happens, and there are no limitations on what you can metaphorically do. You can climb mountains, plunge into deep-sea adventures, go on daring expeditions, and travel into other worlds beyond anything you could have ever imagined. So, it should come as no surprise to discover that time travel here is perfectly feasible if not to be expected, especially given the nature of some of Walt Disney World Resort’s most iconic attractions both past and present. And as we get ready to head into a new year, a little reminiscing via a blast to the past or a chronological ascent into the future by way of Disney attractions may be just what you need. Here we’re listing the all-time best Walt Disney World rides and experiences, both present and past, that include the idea of transcending time.

There is perhaps no better low-key, comprehensive, and informative experience that enables you to step into an all-immersive journey through time than this EPCOT classic. Housed within the Park’s iconic silver sphere, this slow ride takes Guests of all ages on a firsthand journey through world history. You get to ride past animatronic depictions of humankind’s earliest humble beginnings and venture through all of the historical, technological advances in civilization throughout the decades and centuries that followed.

All of this leads up to the grand ascent, which allows Guests to view “Spaceship Earth” in all of its majestic glory as a powerful planet to honor and respect. The mild descent allows riders to use interactive tools and screens with which they answer a couple of questions and get to design their own futures. This is one classic that never gets old—metaphorically, that is.

Related: 10 Amazing Facts About the Geodesic Sphere of Spaceship Earth

You will find this relaxing seated attraction over in Tomorrowland at Disney’s Magic Kingdom Park. Although it’s sometimes overlooked by thrill-seeking younger generations, it remains a timeless classic and an absolute must-do for enough Park visitors to maintain its popularity. This is not a ride that you move along with, nor do you view it as a stagnant stage or projection show. Instead, the theater surrounding you changes, rotating various scenes all while showcasing animatronic representations of “typical” American families and scenarios throughout the ages.

Told in four acts, the presentation begins with a look at life during the turn of the 20th century. This is followed by a stop in 1920s life; next, you head to the 1940s and then brace yourself for the 21st century. This is as perfect as it gets for someone looking to experience a relaxing review of good old American life throughout the last century.

For anyone looking for a more extensive review of American life throughout the ages, head over to EPCOT’s American Adventure Pavilion for an experience that’s entirely rooted in the very essence and core of American history in its entirety. This is presented as another animatronic-based show, and Guests are seated in a stately theater where they view a grand stage production mixed with video and musical elements.

Your hosts for the journey are none other than Benjamin Franklin and Mark Twain, with many other cameo appearances included during a marathon of iconic historical representatives appearing in stellar lifelike format. The attraction covers just about all of the major milestones throughout the nation’s past, with a build up to the present and a commemorative film montage as a tribute.

Go on the ultimate blast to the past with this rough and rugged dark ride featured at Disney’s Animal Kingdom Park. Here Guests go on a firsthand descent back to prehistoric times via a “Time Rover” time machine—a vehicle that rides along vast and bumpy terrain—in hopes of retrieving a 3.5-ton Iguanadon dinosaur to bring back to the present. But time is of the essence, and you are already in short supply.

You must race along at high speeds, and brace yourself for numerous close encounters with other dinosaurs on your quest to make it out of there before the giant meteor that destroyed the dinosaurs hits and destroys you too! While this experience is not recommended for younger Guests in the way that the others we mentioned are, it is still one of our highly recommended must-dos for Park-goers across the board.

Related: Must Do Experiences At Disney World’s Animal Kingdom Park

Visitors to EPCOT in recent years will likely remember this attraction that was part show and part ride. It was a rather lengthy, multifaceted attraction that lasted a grand total duration of 45 minutes. The original opened back in 1982, eventually closing in 1996 when it was redone as Ellen’s Energy Adventure (featuring Ellen DeGeneres) and then ran until 2017. Both versions had many of the same components and a common objective in showcasing energy, science, progress, and technological discoveries throughout time.

Both also featured a pre-show film, two theaters that Guests would travel back and forth from, and a primeval diorama presentation at the core of the experience. The primeval diorama showcased lifelike animatronic dinosaurs—a nod to those fans of Animal Kingdom’s DINOSAUR attraction. While the experience clearly had its fair share of fans over the years, not too many are mourning its loss, especially in light of the upcoming Guardians of the Galaxy attraction that is soon to open to the public and is occupying the space of this now-defunct folly.

Related: 10 Disney Experiences That May Just Put You To Sleep

More times than not, Guests visiting Disney’s Magic Kingdom Park today have absolutely no idea that this attraction ever even existed. Having been replaced by the admittedly far more popular Monsters, Inc. Laugh Floor in 2006 after it initially closed in 2004, this attraction played an important role in Disney Imagineering history and film innovations. It was the very first fully-themed show at Disney Parks to utilize the Circle-Vision 360-degree method rather than showcasing just clips of landscapes and other earlier experimentations with this new form of camera work. Alternately known as From Time to Time in the English versions and by other titles in the European and Japanese forms, the show opened at Disney’s Magic Kingdom Park in 1992 and featured the voice talents of Robin Williams, Rhea Perlman, Jeremy Irons, and Michel Piccoli.

The storyline for the film allowed Guests to take a journey through time with 9_Eye—a time machine test pilot, starting in prehistoric Europe and continuing on into the future. Along the way, you would encounter such profound historical fiction writers as Jules Verne and H. G. Wells. Other featured historical greats included Mozart and da Vinci. You also got to experience stunning views from aboard a hot air balloon over Red Square and delight in many other milestone experiences as well.

This was another one of EPCOT’s classic attractions that showcased modern innovations while celebrating the futuristic endeavors of tomorrow. Having first opened to the public back in 1983 (with a temporary closure in 1994 followed by a reopening in 1995), the attraction remained an EPCOT staple throughout its tenure until it officially closed in 1999, eventually being replaced by Mission: SPACE (which opened in 2003). Operating as a dark ride, not unlike Spaceship Earth, Horizons took riders through various themed sections, all in the exploration of the elusive future. The first part of the ride highlighted a “Looking Back at Tomorrow” section, detailing the futuristic perceptions of the modern world as conceived during the Vernian era through the 1950s.

Via OMNIMAX screens, Guests got to learn about modern ideas and technological advances being envisioned for the future of the modern world. Then came the primary focus of the ride—an animatronic-laden envisioning of futuristic ways of living. Horizons was a first in that it was the only ride at the time in Walt Disney World Resort that offered multiple endings. Riders were able to make selections from three options for where to go for the final portion of the ride, and like Spaceship Earth, there were simulated video components on the optional finales. Though it is gone, Horizons was perhaps one of the more controversial removals among EPCOT rides in Disney theme Park history and it still retains a cult following of sorts for those who remember it well.

There are many other ways that you can enjoy time travel of sorts at Disney, as well as intergalactic travel or otherworldly imaginings. Those who long for galaxies far, far away will of course find just what they are looking for among the Star Wars-studded attractions highlighted at Hollywood Studios. Then there’s the whole new Pandora – The World of Avatar awaiting your wonder within Disney’s Animal Kingdom Park. Whatever your pursuits or interests as you move forward towards a new year of hopes and possibilities, Disney is there to make each and every new innovative experience exciting as well as enchanting.