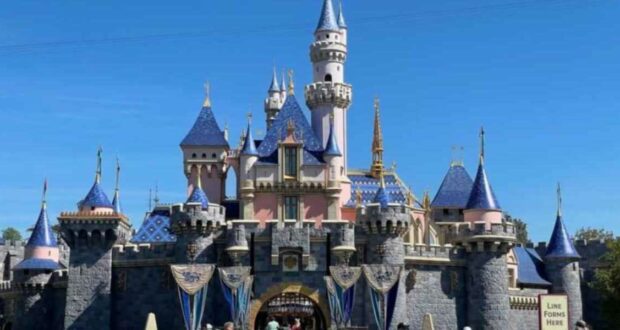 Fans are less than thrilled with the Mouse House, considering another report of multiple rides being shut down has come to the surface.

But recently, the Guest experience has reportedly been less than great. Just recently, one Guest shared online that Disney’s Hollywood Studios was a “disaster” because nearly all the rides were temporarily shut down. (And that was just the start of their troubles.)

But now, that seems to be the case again across the United States on the west coast in Southern California. Some Guests took to Reddit to share that the same thing had happened in Disneyland. Check it out:

Disneyland Resort as of 8pm tonight from Disneyland

Fans in the comments were utterly bemused by this development.

U/Throwawaygirl1713 commented, “It’s lame this happens bc of this^ and as a CM it’s difficult because 90% of guests blame the ride operators for the result of maintenance budget cuts made by a millionaire. Not only that, many downtimes are caused by inconsiderate guests and we’re still blamed when we’re not allowed to reveal the nature of the situation.”

Yet other fans also pointed fingers at the corporate structure of the Walt Disney Company namely former CEO Bob Chapek and even current CEO Bob Iger.

And Disney dares to charge $200+/person for a park hopper ticket nowadays. Hilarious how bad the standards have gotten. We’re seeing this with Disney as a whole. During COVID they lost their lead in animation to Universal at the box office with either cramming stuff into Disney+ or their films just straight up flopping. Now we have the parks suffering.

It’s obvious why Chapek was fired, but how Disney (and Iger honestly) chose him to be CEO and extend his contract is such a dumb corporate misstep.

While these are all unconfirmed by Disney themselves, it is a shame that so many Guests are reporting this kind of experience at the Parks and that two similar instances happened so close to each other. Many Guests are hopeful that with Iger’s return the Parks will return to the quality they once had.

Disneyland Resort is home to some fan-favorite attractions, including “Indiana Jones Adventure,” “Splash Mountain,” (which is soon to be rethemed to “Tiana’s Bayou Adventure,” and more.