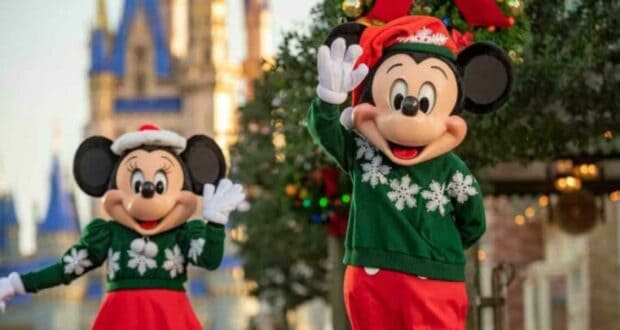 Holidays at the Disney Parks Are Officially More Expensive

Recently, Disney has been in the news for many reasons. The ousting of former Disney CEO Bob Chapek, the return of Bob Iger to the Walt Disney Company, and the reorganization of the Mouse House. But before that whirlwind that broke the internet, Disney had also announced a whole host of ticket price increases, which makes enjoying the holidays at Disney World more expensive.

Starting today, December 8, Park prices will now vary depending on the day and Park for single-day ticket holders. The prices for each Park will fall under the ranges listed below:

Having said this, an added benefit to this system is that a one-day, one-park ticket now also automatically includes a Park pass reservation.

A single-day ticket for Magic Kingdom will now reach up to $189. Hollywood Studios and EPCOT are near this same price point with $179 days, and Animal Kingdom brings up the rear with $159, the lowest of the higher-end costs. Considering the holidays are some of the busiest times of the year for the Disney Park, this Walt Disney World ticket price increase coming into effect during this season makes a lot of sense. The Disneyland tickets have also gone up in price for the Southern California Theme Park per an announcement from Disney last month.