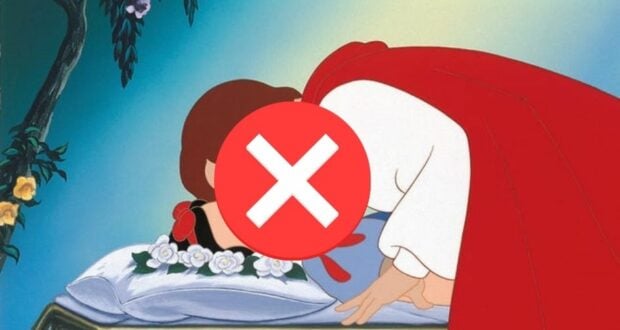 There have been lots of modern Disney princesses or Disney heroines in recent years who either directly shun romance (like Merida in the 2012 animated movie Brave) or who simply ignore the concept of romantic relationships altogether, like Elsa in Frozen (2012) or Moana in her 2016 Disney film.

However, when it comes to classic Disney princesses like Snow White from Snow White and the Seven Dwarfs (1937), Princess Aurora the Sleeping Beauty, or Cinderella, romances with each princess’s respective Prince Charming and that famous true love’s kiss are crucial plot points. Being kissed by her prince is the defining moment in each of those three classic Disney princess’s  stories. 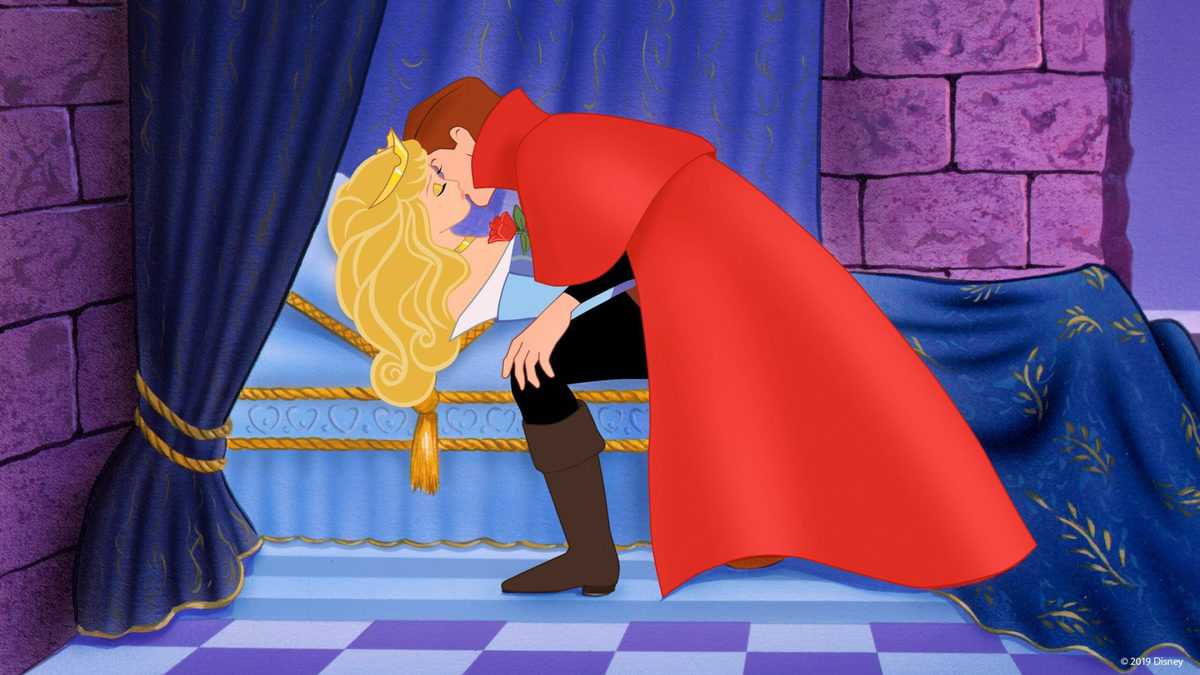 True love’s first kiss is even glorified in The Little Mermaid (1989), since getting that first kiss with Prince Eric is the key to helping Ariel find her happily ever after and attain her dream life as a human. But did you know that the ‘one that started it all’, Snow White, was never actually supposed to be woken by true love’s first kiss in the original story?

With the upcoming live-action remake of Snow White and the Seven Dwarfs (1937) in production by Disney and the amount of controversy that has surrounded the film, Snow White has returned to the forefront of Disney fans’ minds once again despite being overshadowed by more progressive Disney princesses in recent years. 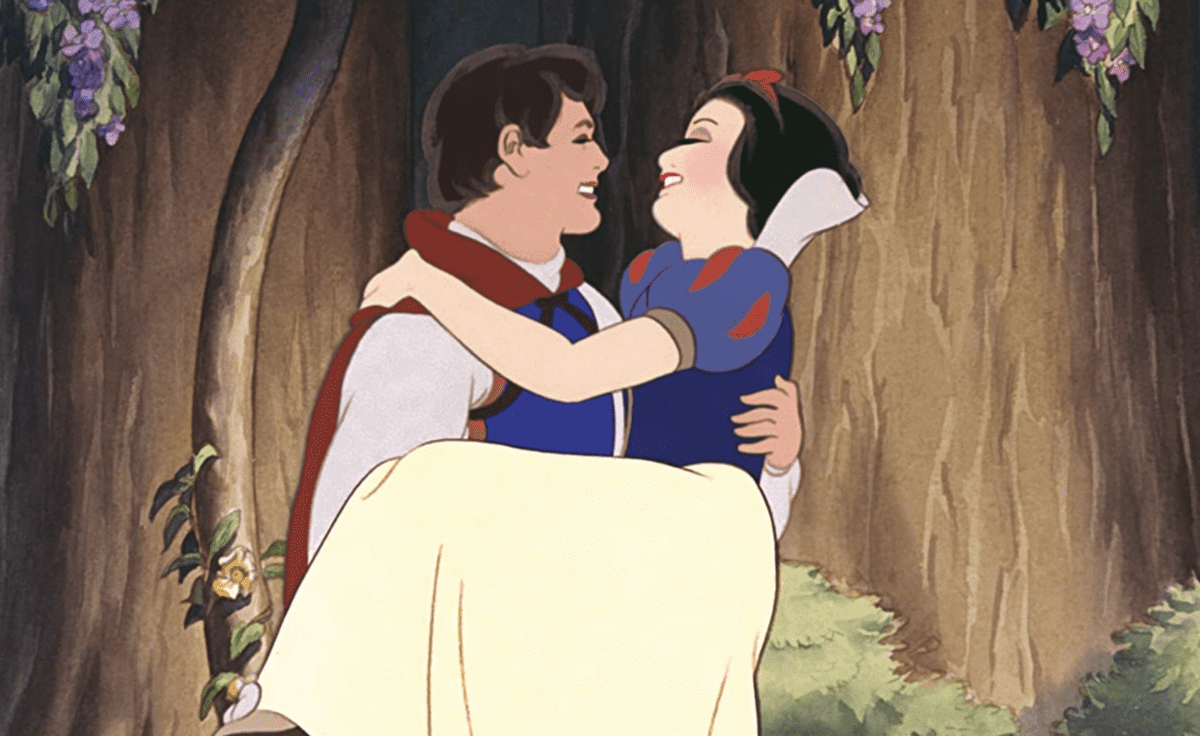 Snow White and her Prince in ‘Snow White and the Seven Dwarfs’, which was loosely based on the Brothers Grimm version of the original tale. Credit: Disney

With Snow White being a hot topic once again, it seems particularly important to point out the Disney version’s divergence from the classic Grimm stories by Jacob Grimm and Wilhelm Grimm that Snow White and the Seven Dwarves was based on back in 1937.

In the Grimm brothers’ first original story about Snow White from 1812 (which can be seen here), Snow White is not woken with a kiss or kissed at all while she slumbers. Instead, one of her prince’s servants (who had been enlisted to help carry her coffin) hits her on the back in frustration from carrying her and inadvertently dislodges the poison apple that was in her throat, breaking the spell and making her come “back to life”. 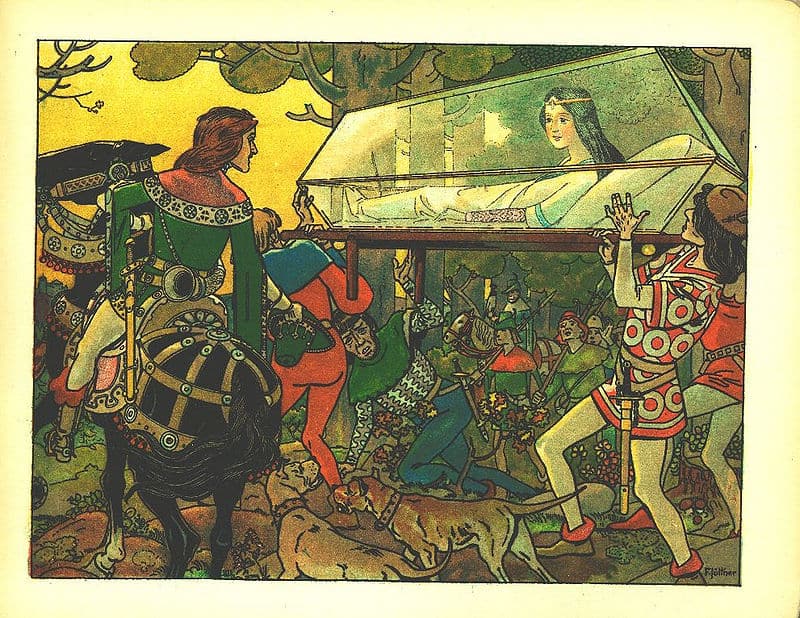 In the final version of Snow White by the Grimm brothers, Snow White is also woken and the spell is broken in a completely platonic way: while carrying her coffin, one of the servants “stumbled on some brush“. Snow White was hit by some branches in the stumble, and the apple was dislodged once again without a kiss or a romantic overture.

Since many Disney fans or audiences are divided in their opinions regarding Disney’s new live-action Snow White adaptation, the reminder that Disney’s first version of Snow White’s fairy tale was already a distinct step away from the original Grimm story is tremendously relevant.

Time will tell whether or not Disney’s adaptation survives the changes it is making due to external pressures, whether or not Rachel Zegler and Gal Gadot excel in their roles as Snow White and the Evil Queen, and whether or not Snow White is going to once again get that inaccurate representation of “true love’s first kiss” in a Disney movie.