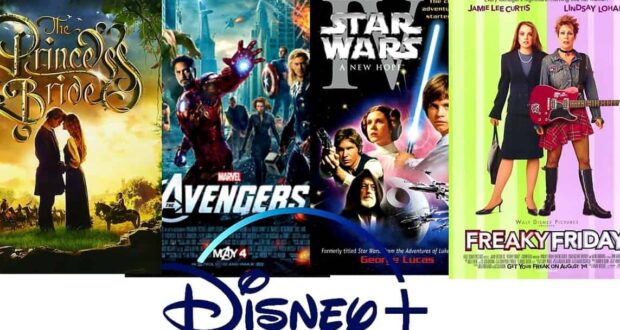 10 Ways to Celebrate This May With Disney+

Disney May celebrations are underway at Walt Disney World theme park in beautiful central Florida. We are still in the middle of the Disney World 50th anniversary celebration also known as “the world’s most magical celebration“. Disney characters have returned to meet and greets for greatly missed hugs your favorite Disney Princess and everyone’s favorite Mouse. April 22nd marked the celebration of Earth Day at Disney’s Animal Kingdom with multiple limited-time special events. The ESPN Wide World of Sports will be hosting The Dance Summit All-Star Championship from April 30-May 1.

The EPCOT International Flower and Garden Festival is ongoing at the World Showcase from March 2nd to July 4th. The 2022 EPCOT International Food & Wine Festival will kick off shortly after on July 14th, and run all the way through November. Star Wars fans can celebrate Star Wars Day in Disney World at Galaxy’s Edge in Hollywood Studios theme park aboard the Galactic Starcruiser. Mother’s Day will mark specialty dining and shopping options in Disney World as well as Disney Springs. Event registration for Disney Vacation club‘s returning Moonlight Magic events at Disney World opens to all Members on May 10th.

May 27th is the projected opening date for the new coaster Guardians of the Galaxy: Cosmic Rewind in EPCOT, with extra magic park hours to be offered on May 30th. And Memorial Day weekend will mark a long-awaited Disney vacation for many, with a large crowd expected in Disney world marking the official start of summer. Disney Cruise lines are setting sail for multiple destinations starting in May as well.

However, there are those of us who are unable to celebrate these occasions in our favorite Disney Park (walking into the Magic Kingdom and up Main Street, U.S.A. for that first magical view of Cinderella Castle), or at our favorite Disney Resort (snacking on Mickey-shaped beignets at Port Orleans Riverside) or sailing aboard our favorite Disney Cruise ship to many an exotic destination.

But there are plenty of ways of celebrating at home, including streaming these Disney classics on Disney+.

National Tell a Story Day on April 27th each year in the United States encourages people of all ages to share stories. The stories can take many forms, too. You can read from a book or create one from your imagination. Stories recreated from childhood memory leave an indelible imprint on both the storyteller and the listener. No matter what story you tell, the day supports gathering with friends and family to share those stories. The celebration encourages every generation to tell stories. That includes the youngest storytellers to most experienced. Gather grandparents and children together to swap tales. Pick a topic and let the tales spin. Bring favorite books or well-remembered fables to tell. Spending time telling stories with family, friends, and loved ones is a time for all to learn from each other, remember, and grow closer together. 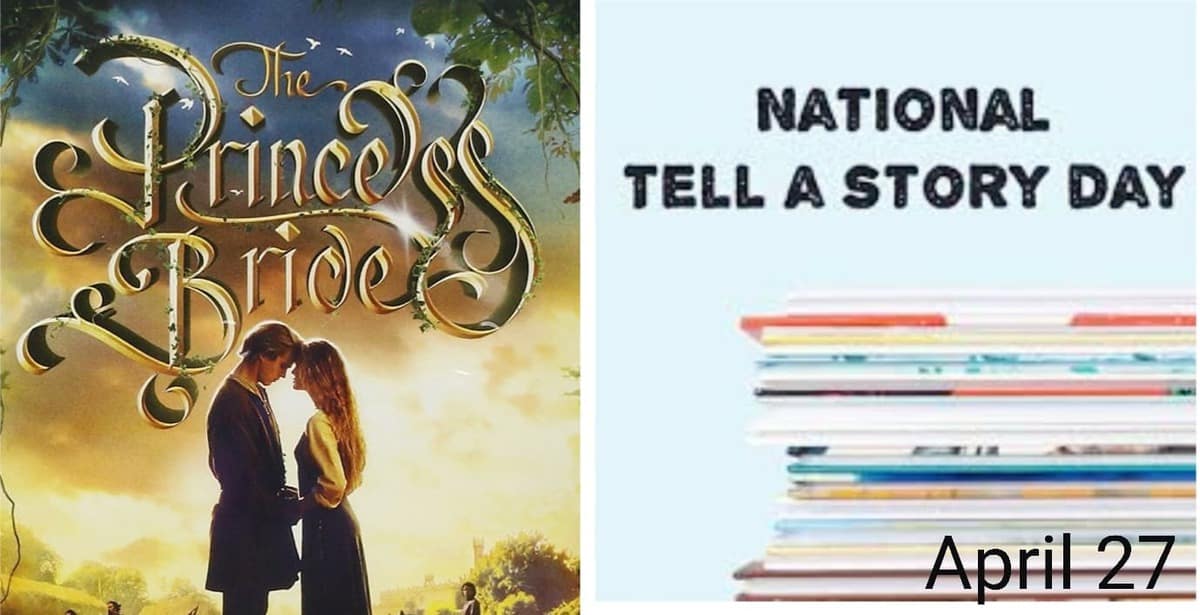 In this 80’s classic, a grandfather regales his ailing grandson with a tale of romance and adventure. This is a film that has stood the test of time as an all-time fairy tale favorite. Gather around with the family once again to hear the story of a young farm boy and The Princess Bride.

Have you ever been rescued from a risky situation or saved from injury or death? Those who come to our aid are called heroes. Each year on April 28th, National Superhero Day honors superheroes, both real and fictional. They serve and protect while fighting evil. Our real-life superheroes may not have superpowers or wear capes. However, just like fictional superheroes, children also look up to them as role models. They serve and protect their communities. These real-life superheroes also dedicate their lives to helping others, saving lives, or being a mentor.

In the first official team-up of the original Avengers lineup in the Marvel Cinematic Universe: Nick Fury, director of SHIELD, needs a team to avert a global disaster. The Avengers: Iron Man, The Incredible Hulk, Thor God of Thunder, and Captain America join Black Widow and Hawkeye to battle Loki of Asgard. A perfect movie to remind fans just why we love superheroes.

In November 2011, the United Nations Educational Scientific and Cultural Organization officially designated April 30 as International Jazz Day in order to highlight jazz and its diplomatic role of uniting people in all corners of the globe. International Jazz Day brings together communities, schools, artists, historians, academics, and jazz enthusiasts all over the world. Each year on April 30, this international art form is recognized for promoting peace, dialogue among cultures, diversity, and respect for human rights and human dignity; eradicating discrimination; fostering gender equality; and promoting freedom of expression. International Jazz Day is the culmination of Jazz Appreciation Month, which draws public attention to jazz and its extraordinary heritage throughout April. 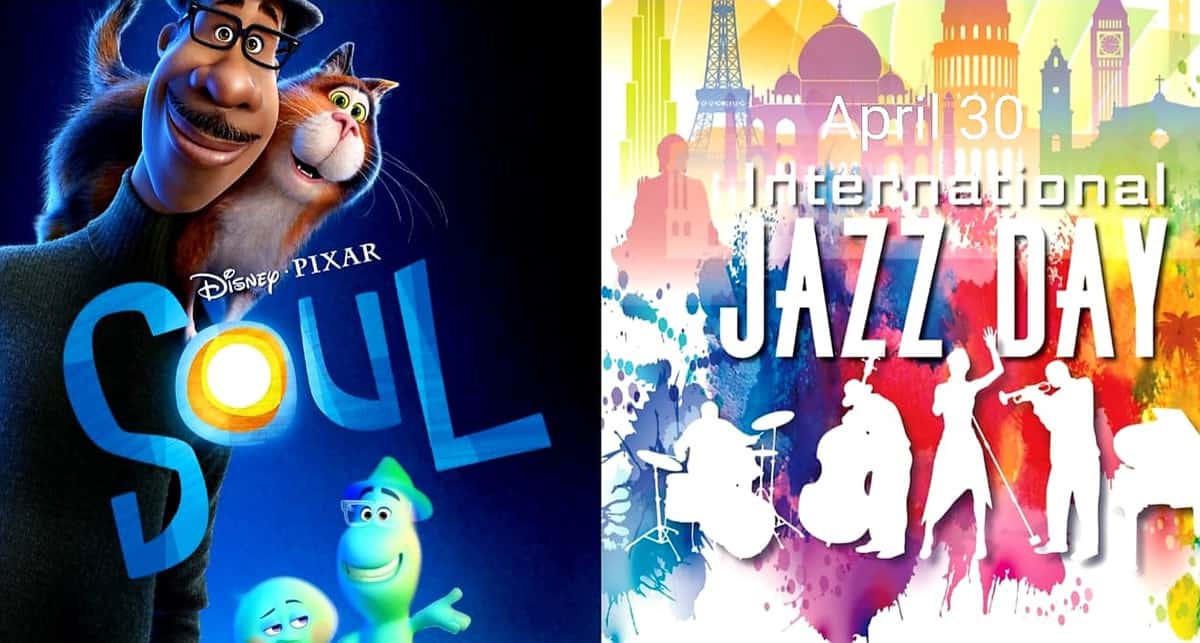 Joe Gardner is a high school music teacher who gets the gig of a lifetime: to play in the best jazz club in town. But a little misstep takes him from the streets of New York to The Great Before. The film serves as a love letter to life as well as jazz; as both can be chaotic as they are beautiful.

The Star Wars franchise spans multiple films and decades, but the movie that started it all was A New Hope. See the classic heroes Luke Skywalker, Princess Leia, Han Solo, and Chewbacca on the Millennium Falcon and thwart the efforts of the Empire against the rising Rebellion. And may the Force be with you.

Cinco de Mayo, or the fifth of May, is a holiday that celebrates the date of the Mexican army’s May 5, 1862 victory over France at the Battle of Puebla during the Franco-Mexican War. The day is also known as Battle of Puebla Day. While it is a relatively minor holiday in Mexico, in the United States, Cinco de Mayo has evolved into a commemoration of Mexican culture and heritage, particularly in areas with large Mexican-American populations. 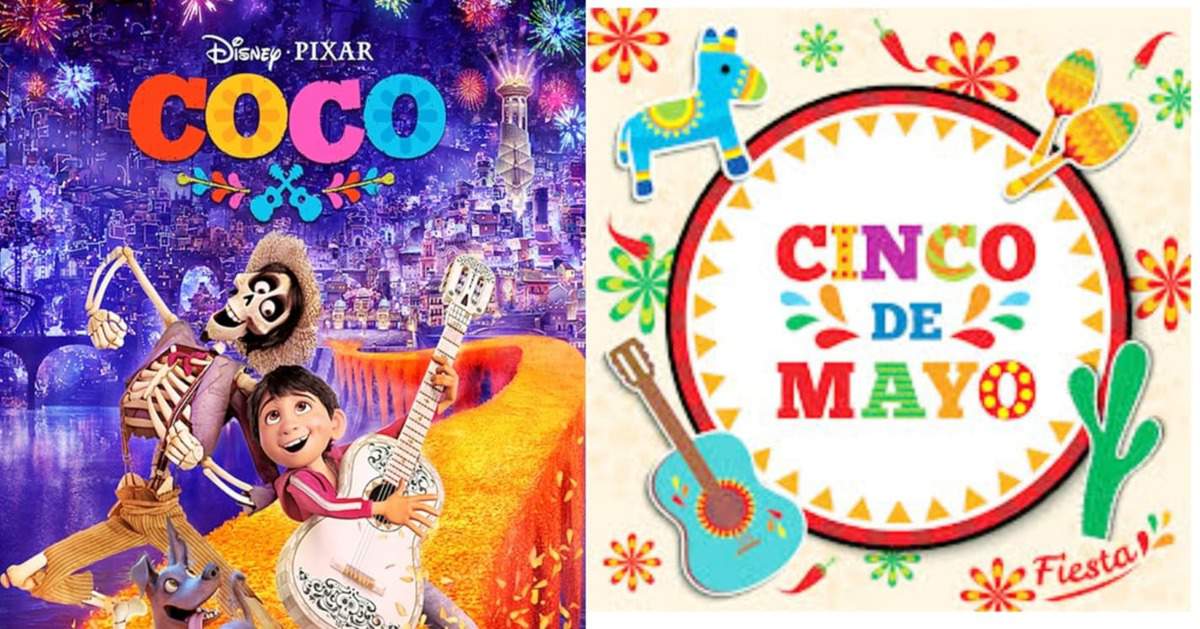 A celebration of Mexican culture and heritage can be found in no more of a vibrant and beautiful way than in Disney Pixar’s Coco. With a colorful celebration of music, family, food and the many things that make Mexico great, this movie will have you singing, crying, and craving enchiladas (not necessarily in that order).

We celebrate National Space Day on the first Friday in May, which is May 6 this year. It was created to inspire all of us in the pursuit of knowledge and progress. There’s so much going on in the universe, it definitely deserves a day to reflect on everything! Though it’s unlikely you’ll be able to celebrate in outer space, you can still take part in your own corner of the universe with our gravity-defying facts, figures, and ideas for getting involved this National Space Day. 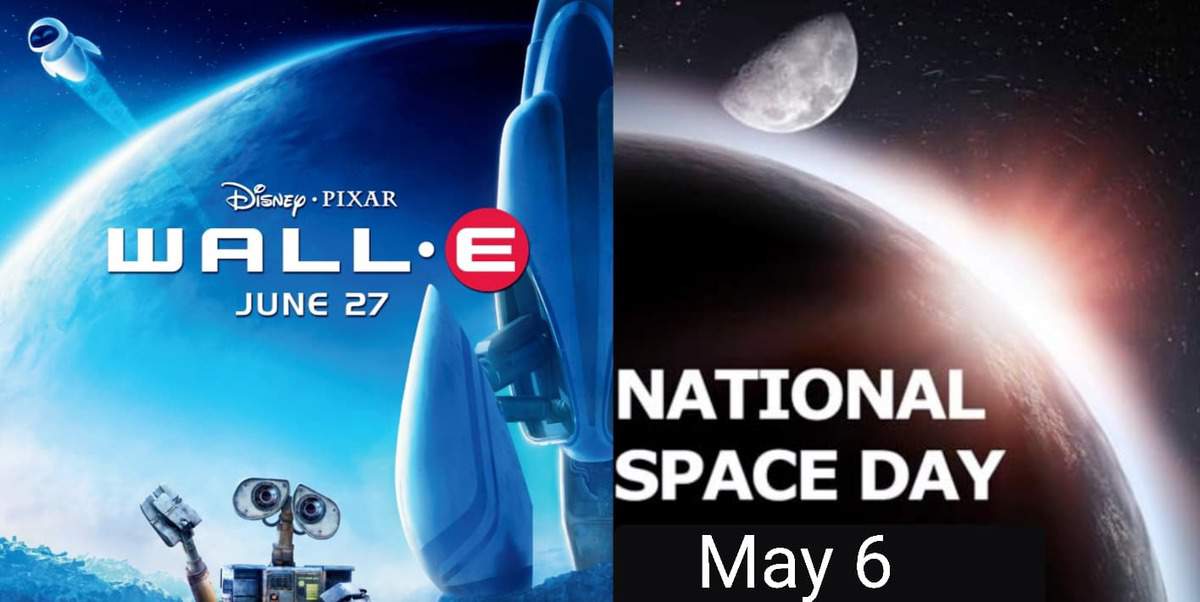 “Put on your Sunday clothes, there’s lots of world out there!” Celebrate National Space day with a film that shows huge beautiful panoramic views of our universe, through the adventures of one lovable little robot, but ultimately reminds us why we must love and protect our own planet.

Moms don’t get days off, nor do they receive handsome salaries or generous pensions. Instead, their rewards come in the form of sticky kisses, necklaces made of elbow macaroni, and the satisfaction of seeing their children grow up to be happy, healthy adults. That’s probably not adequate compensation- so give Mom an extra hug on Mother’s Day, the second Sunday in May. 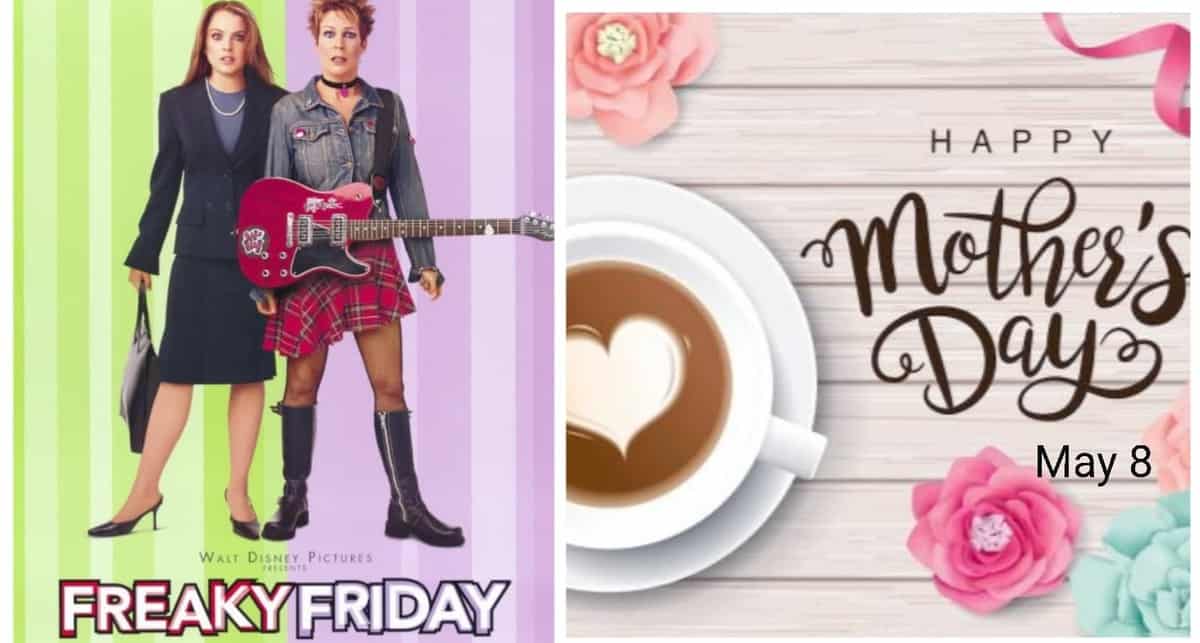 In this 2000’s remake of the 1970’s comedy a mother and daughter switch places through a magical mishap, leading to wacky misadventures. Though the movie is funny, with great performances from Lindsay Lohan and Jamie Lee Curtis, it also has a lot of heart. Delving into how mothers and daughters can grow apart, but also grow to better understand one another.

During the 1980’s, the United Nations began focusing attention on issues related to the family. In 1983, based on the recommendations of the Economic and Social Council, the Commission for Social Development in its resolution on the Role of the family in the development process…to enhance awareness among decision makers and the public of the problems and needs of the family, as well as of effective ways of meeting those needs. In 1993, the General Assembly decided in a resolution that May 15 of every year moved should be observed as The International Day of Families. 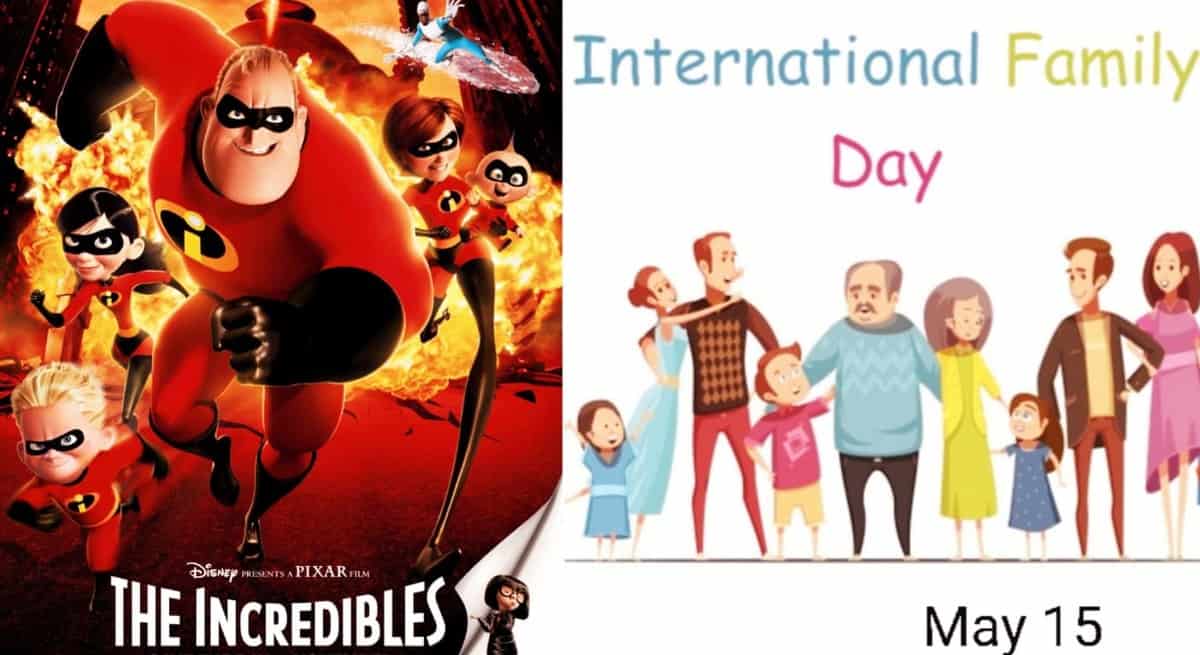 The Super family of Helen and Robert Parr are ready to take on anything. Though they have super powers they have a lot of problems that every family has; with two parents fighting over family decisions, and their kids worried about school and fitting in. It is a reminder that coming together as a family to solve problems is it’s own kind of superpower.

Up premiered on May 16, at the El Capitan Theatre in Los Angeles.  The film was also released in 3-D format, a first for a Pixar film. 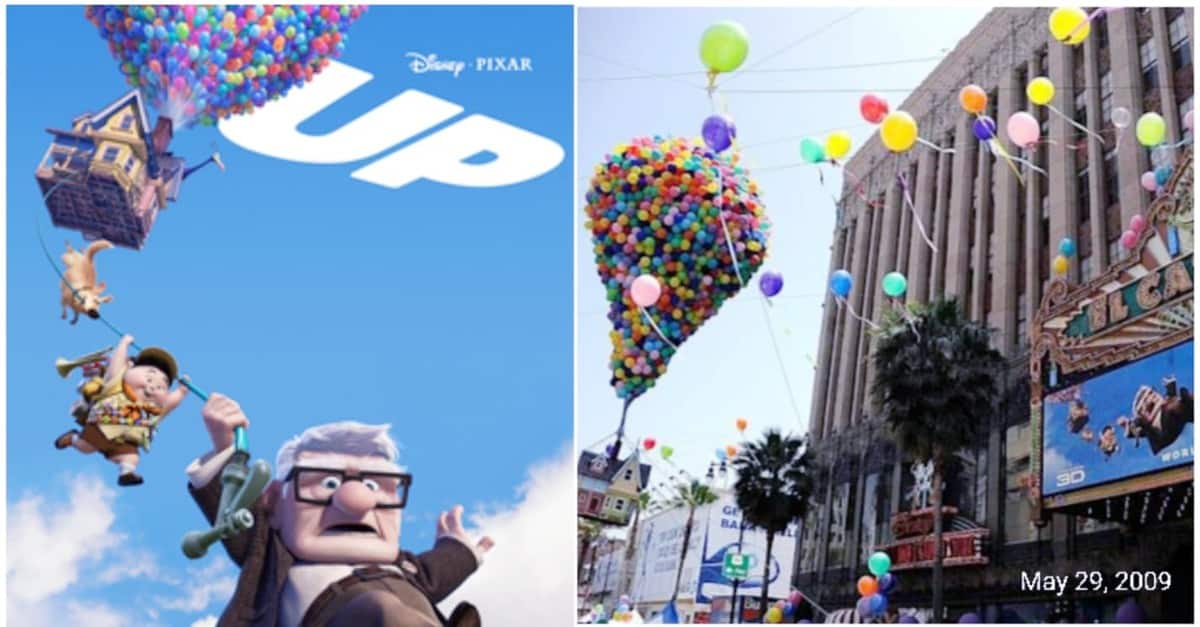 13 years ago on May 29, 2009, Up was soaring to its premiere at The El Capitan. Celebrate this birthday by curling up on the couch with someone you love and taking a trip to Paradise Falls. 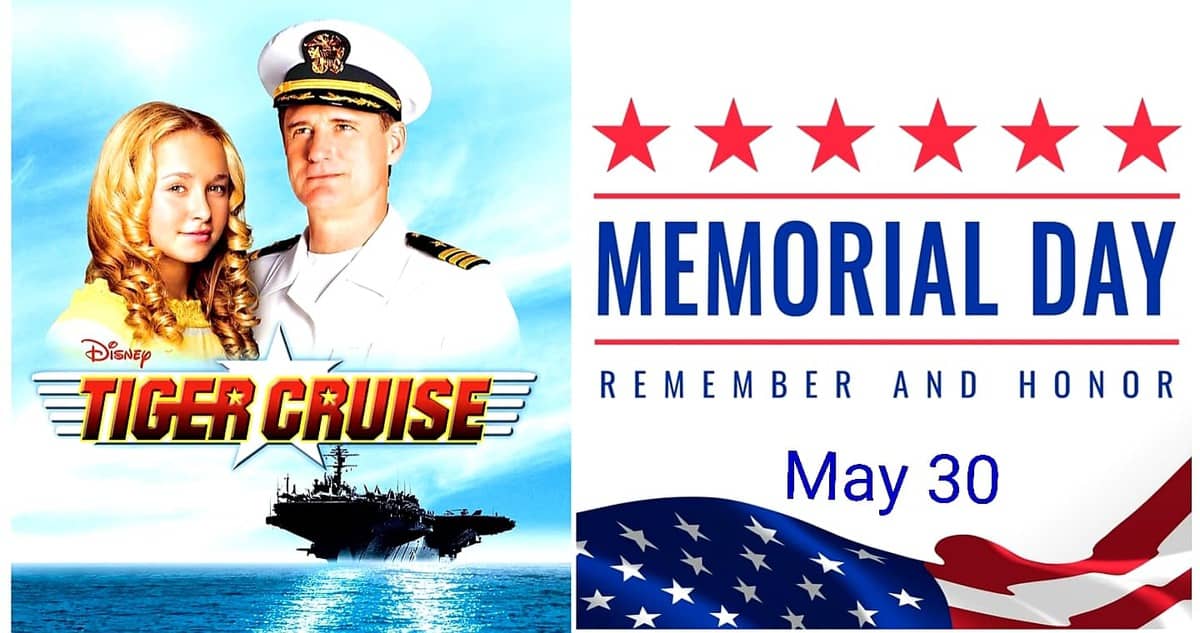 In 2004, Tiger Cruise premiered on Disney Channel, 3 years after the September 11th attacks. The film tells the true story of a Tiger Cruise, with family members of Naval officers aboard a battleship, suddenly having to prepare themselves for anything when the United States is threatened. The film contains moments that commemorate the deaths of soldiers at Pearl Harbor in World War II as well as the soldiers who risk their lives every day to defend our freedom. With special attention paid to the sacrifice family members make knowing the risk, their loved ones take when serving their country.

These were our picks for what to watch on Disney+ to celebrate in May. Be sure to come back next month for more recommendations.