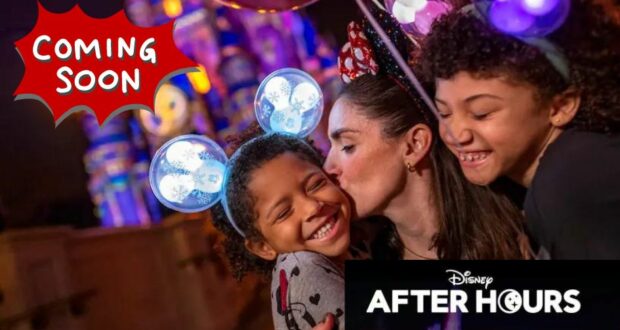 Essentially, you’ll be able to get even more bang for your buck by savoring three more hours of Disney Park fun and Disney magic — not to mention the exhilaration that comes with being in any business after it has closed its doors for the night!

These After Hours events are something that you must buy tickets for individually, so they do not come with your Disney Park admission ticket, and Disney World Guests will be thrilled to hear that (according to the Disney Parks Blog) these “fan-favorite experiences” will be back on January 4 at Hollywood Studios and January 9 at the Magic Kingdom Park. Obviously, there are only a limited number of After Hours tickets sold, so you don’t have to worry about a crowded Disney Park during your nighttime adventures. Instead, you can get a taste of what it would be like to frolic in the Magic Kingdom Park and Hollywood Studios like the Magic Quest players do — or like VIP celebrity Guests do!

In the Magic Kingdom Park in Walt Disney World Resort, spots on iconic Disney rides and attractions like Haunted Mansion, Jungle Cruise, Pirates of the Caribbean, Space Mountain, and Seven Dwarfs Mine Train will all be up for grabs during this After Hours event. In Hollywood Studios, the Millennium Falcon in Star Wars: Galaxy’s Edge has been fixed and is ready for rides, while Mickey & Minnie’s Runaway Railway, Toy Story Land, and other attractions will be open for business during this After Hours event If you really want to maximize your Disney night, you can enter the Magic Kingdom or Hollywood Studios at 7 pm to give you a head start on the fun! Are you going to be purchasing some After Hours tickets for your next Walt Disney World Resort vacation?