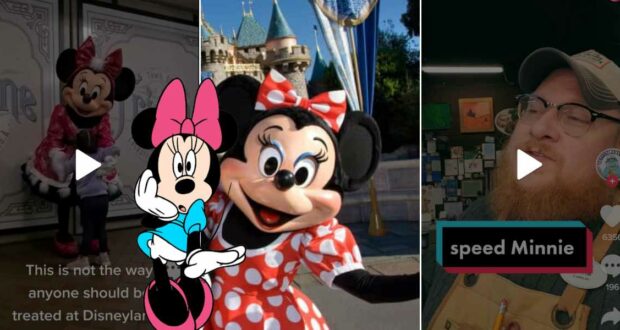 A Minnie Mouse at a Disney Park recently went viral because of her treatment of a child, but now a Cast Member has spoken up for the Cast Member.

The Walt Disney World Resort and the Disneyland Resort are known to be two of the best places in the world to have that quintessential Disney experience. Each Disney Resort with each of its Theme Parks, Magic Kingdom Park, EPCOT, Disney’s Hollywood Studios, Disney’s Animal Kingdom in Walt Disney World, and Disneyland Park and Disney California Adventure in Disneyland Resort are beloved by Guests. The heart of these experiences are the Cast Members, particularly for many, the character meet ‘n’ greets.

However, sometimes, things don’t stay quite so magical for Guests frequenting the Parks, as was with the incident reported of Minnie Mouse and the child at Disneyland Resort.

While no reason or context was given for the character’s behavior during the video, one former Cast Member who often speaks on his experiences at the Parks shared his perspective on the incident on TikTok.

Check out the video from @dappermanatee yourself:

The former Cast Member contextualized that he’d never worked in the entertainment department. Still, from what he knew to be accurate, it was most likely that the character was being rushed to interact with a large group of Guests. Fans would know that the holiday crowds are swarming Disneyland. The former CM added that Minnie was likely more focused on getting the picture taken fast than on interacting with the young Guest.

His opinion echoes what many fans commented on the original video: “Minnie seems to be exhausted. Please give her a break,” one Disney enthusiast said. “Maybe they have restricted time,” another fan wrote. “no time to hug just picture and next”.

While this incident was undoubtedly unfortunate, it’s important to remember Cast Members are also people and are juggling a lot during their jobs.