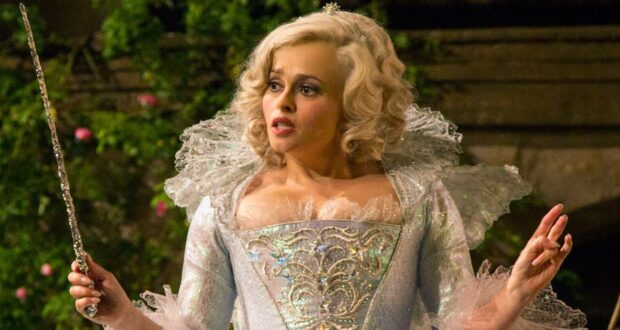 We’ve already given you the exact makeup, hair, and costume tutorials to be Cinderella, her Prince Charming, the wicked stepmother Lady Tremaine, or Cinderella’s ugly stepsisters for Halloween (not to mention Belle, Rapunzel, Merida, Aurora, Elizabeth Swann, Dr. Lily Houghton from the new Jungle Cruise movie, and Giselle from Enchanted!), but there’s one more Cinderella character who would be perfect for a quirky, glamorous Halloween costume! Helena Bonham Carter played the Fairy Godmother in the 2015 live-action Cinderella movie that starred Lily James, and while you could certainly play Billy Porter’s version of the character from the new Amazon Prime Cinderella movie, we’ve chosen to stick with Helena Bonham Carter’s version for this Halloween costume tutorial. This outfit might seem intimidating, but it’s actually a very fun and low-maintenance costume for Halloween! Sure, Helena’s ballgown literally “lights up,” and costume designer Sandy Powell confirmed that “Helena had a battery pack underneath her dress”, and Helena did wear “a set of hyper-perfect dentures”, but the rest of this Halloween costume is doable if you want a fresh, fun, eye-catching costume!

In an interview with Harper’s Bazaar, makeup designer Naomi Donne said that “The Fairy Godmother makeup came from an old photo from the ’20s that Helena [Bonham Carter] brought in. It was a hand-tinted photo with the big dark eyes and peachy look. I wanted it to be a mix of that and something from the ’60s.” The Fairy Godmother’s makeup might look like a standard smoky eye, but you can definitely see the nuances and 1920’s or 1960’s influences if you look closer! We’ve got the exact makeup used further down in this article, as well as some dupes. 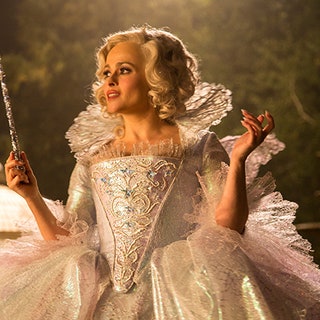 According to Donne, “the foundation I used was a very pale foundation and I took it all over her body so she had this flawless finish, but I didn’t glitter her up the way I did Cinderella because her dress was lighting up and there was so much going on with the dress and she had a huge wig so the amount of flesh showing was quite restricted. So I just wanted to keep it very clean and very pure-looking and open and lovely”. To get this look, apply thin layers of foundation with a dense brush for a smoother airbrushed look, and follow up with a peach blush swirled on the apples of your cheeks as well as a peachy lip color. 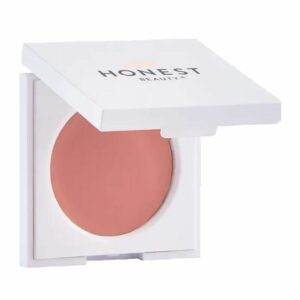 The exact makeup used on Helena’s eyes was from the Chanel Les Quatres Ombres in “blackberry/petal/orchid and dusk” (we’ve got some dupes below). Apparently “Donne first swept the darker hues all around the eyes and brushed the lighter colors in the middle, and then added false lashes on the top and bottom for extra effect”. By focusing the darker eyeshadows in the outer upper corners of your eyes while focusing the lighter shimmery shades on the inner corner and center of your eyelids, you’ll make your eyes look as big as those of a Disney princess! For a close-up look at the makeup, check out Naomi’s demonstration of the look in the video below. 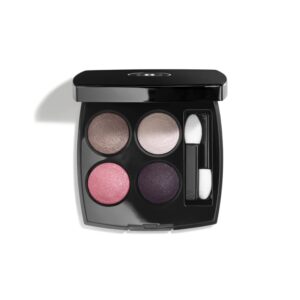 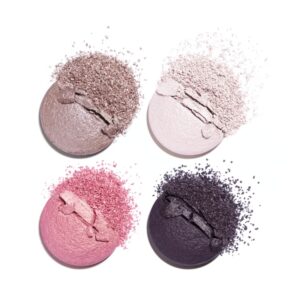 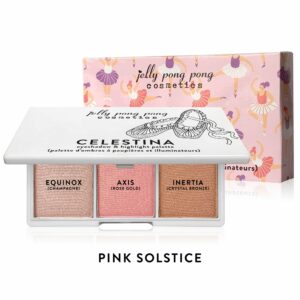 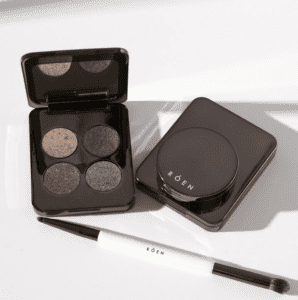 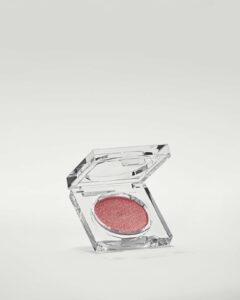 The last steps are your hairstyle and outfit. If you don’t have “a Jean Harlow–blonde, curly wig”, simply curl your hair until it’s in a short bob! For your ballgown, don’t fret. Any cool-toned and sparkly shirt or dress will do. Finish off the glittery look with some highlighters for your cheekbones, collarbones, and hair! There you have it! Now you can head out into your Halloween festivities with a gloriously decadent, but whimsical costume. As for staying in character, just be as dotty and goofy as possible. According to the actress, “she’s obviously magical and slightly not there”, which makes your role easy! Happy Halloween, and be sure to get home before midnight.