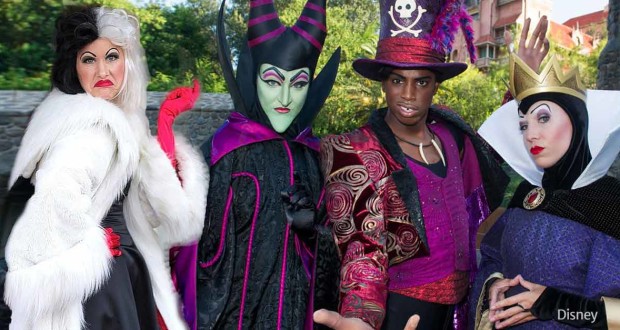 A Disney Villain Gift Guide Has Been Released For The Holidays

While fans of Disney princesses (whether they’ve been classic Disney princesses like Belle or more modern princesses like Moana) have been enjoying the “12 Days of Disney Princess” Sweepstakes that began this week, there are some Disney fanatics who prefer Disney villains–and if you’re among the latter, then you may want to check out the Disney villain-themed gift guide from Day Two of the sweepstakes! For the sweepstake’s second day, the Instagram account @disneyprincessstyle partnered with @girlgoingthedistance (whose real name is Joely) to list their recommended Disney villain gift ideas. 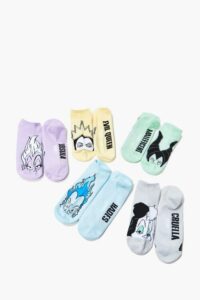 @girlgoingthedistance chose to embrace an Ursula theme for her Disney villain gift guide. The first products that she picked were the Bad Witch Club sweatshirt and this Disney villain ankle sock set. A Disney villain water bottle completed the collection!

Disney Princess Style accompanied Joely’s gift guide with the following Instagram caption: “Let’s be honest, we all want to be a little bad sometimes. Rock some villain-inspired activewear and remind the world about the importance of body language. “ 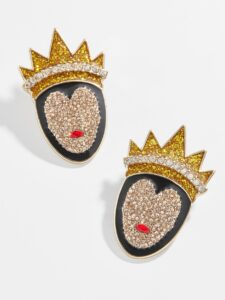 Although most Disney villains are not usually as popular as Disney princesses are, one still can’t deny that they typically have lots of confidence, smarts, and swagger. If those traits appeal to you, and you like moodier color schemes with lots of black or purple in them, then the gifts mentioned above might be perfect for you! Other Disney-villain-themed presents that have been highlighted during the sweepstakes so far are these Disney villain toys and these Evil Queen earrings, which were inspired by the villain from ‘Snow White and the Seven Dwarfs’ (although not the new Gal Gadot version)! Do you like these Disney villain versions of accessories and activewear, or would you still prefer something more in keeping with a classic Disney princess like Cinderella?