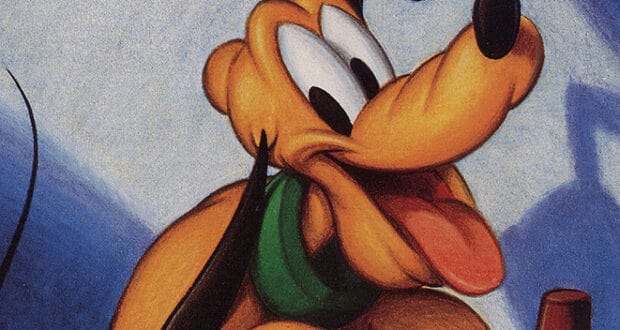 These Are the Disney Pets We Wish We Owned

Throughout various works in Walt Disney Entertainment we’ve seen loyal, companionable demonstrations of love and mutual appreciation between various characters and their pets. Some relationships take on a more peer-to-peer dynamic of mutual respectability, like the bond we see between Pocahontas and her animal friends.

Then there are situations in which animals are actually the caretakers of humans, as is the case with Arlo and Spot in The Good Dinosaur (2015). And let’s not forget about the very significantly similar situations that both Mowgli from The Jungle Book and the title protagonist of Tarzan (1999) find themselves in.

The bond between animals and humans, along with the questionability of what constitutes an owner-pet relationship, can take on many different forms within Disney Entertainment. And due to the fact that so many of us are caretakers of our real-life pets and know firsthand what it is to share an endearing bond of love and friendship with an animal companion, we’re paying a tribute to the many pets showcased in Disney films that we would gladly welcome into our own homes with open arms.

Related: Which Disney Pet Are You?

Who wouldn’t want to cuddle up with that title ladylike Cocker Spaniel from Disney’s classic “puppy love” story Lady and the Tramp? She first melted our hearts in the classic animated original from 1955, and then all over again with the live-action remake. And while we’re talking dogs, we can’t forget about the film’s other titular figure — Tramp. Although he appears as an unattached, streetwise, rough-around-the-edges sort of fellow, he proves himself to be a charming and caring companion whose actions speak louder than words.

You can’t forget about this kitten cutie from Disney’s animated hit Oliver & Company from 1988. A retelling of the Charles Dickens classic Oliver Twist, this version presents an ensemble of dogs, cats, and plenty of delightful musical numbers to go around. And in a fitting portrayal of the title Oliver figure, you have an adorable orange Tabby kitten that you can’t help but want to scoop up and make a home for.

13. Duchess and Her Kittens

Some people love their pets so much they’d leave their entire fortunes to them. And that’s exactly how the scenario plays out in Disney’s animated classic The Aristocats from 1970. But anyone who knows Duchess and her kittens Marie, Berlioz, and Toulouse can’t help falling in love so entirely with them. Also worth noting is the alley cat Thomas O’Malley, who helps the mother and kittens out at a time when it is needed most.

12. Pongo, Perdita, and the Whole Gang

Do you love Dalmatian dogs so much that you wish you could be the pet parent to 101 of them? That dream becomes a reality for Roger and Anita in Disney’s 101 Dalmatians. First presented as an animated feature-length film in 1961 and then remade into a live-action adaption later on in 1996, what initially starts out as a two-dog family consisting of Pongo and Perdita, quickly grows when the couple gives birth to a grand total of 15 puppies!

And if that’s not enormous enough, as the story plays out, the dog duo goes on to be surrogate mother and father to more than 80 other pups in addition!

Who can resist Max, that big, lovable English Sheepdog Prince Eric owns in Disney’s animated adaptation of The Little Mermaid from 1989? While not the star of the film in the way other Disney pets we have profiled so far have been, Max serves in a companionable, supporting role. What’s more, his keen instincts enable him to sense Ariel and know she is the one for Eric. He is also not at all fooled by sea witch Ursula.

Like Max, this dog cutie serves in more of a supportive role rather than that of a star in Disney’s animated feature Mulan, which came out back in 1998. While he does not play any major part in assisting with any of the film’s climactic action, he does lend an essence of lightheartedness to the film, helping Mulan with her chores at home and being so downright adorable that you just want to cuddle with him!

Here’s another big, lovable supporting dog character, albeit one with a much more involved role and plenty to say. It’s Dug the dog from the computer-animated movie Up, from Disney-Pixar in 2009. While he is admittedly overweight for a golden retriever, that just means there’s more of him to love!

Related: Kevin Walkaround Character from Disney & Pixar’s “Up!” to Return to Animal Kingdom

Who wouldn’t love to have an energetic, loyal companion like Dante? As featured in Disney-Pixar’s Coco from 2017, Dante is Miguel’s adoptive stray Xoloitzcuintle (Xolo) — the national dog breed of Mexico. He is also able to see beyond the world of the living into the spirit world and is later confirmed to be Miguel’s own spirit guide, who sticks by his side throughout the film.

Long before Encanto came out, there was another Bruno in Disney history that, sadly, was never talked about very much either. We are referring to that lovable bloodhound featured in the original animated adaptation of Cinderella from 1950. A longtime friend and companion, Bruno was given to the title character by her father when he was just a pup.

Cinderella’s father also gifted her with his own horse, Major, shortly before his untimely death. And as is the case with Cinderella having many more animal friends than people friends, Major is a dependable presence and amiable friend to have around.

Related: The Notable Dolittles of Disney

While each and every pet is unique in his or her way, this chameleon companion featured in Disney’s Tangled back in 2010 is admittedly one of the more unusual pets you’d expect to find a Disney Princess cuddling up with. But he’s also an undeniably original one, with his ability to change color and his perfect size for accompanying Rapunzel on her quest to see the outside world.

Related: Are You More Maximus Or Pascal?

In addition to making the acquaintance of the title character in Moana back in 2016, we also got to meet two of the heroine’s very fun, show-stealing pets, who share the island life along with her and her people. They are Heihei the rooster and Pua the pig. While the latter stays on the island throughout most of the film, Heihei proves himself to be a rather unintelligent chicken who “accidentally” stumbles into the heart of all the action.

Deleted scenes do reveal that Pua was originally intended to have a much larger presence in the storyline—a history showing him as a sick piglet Moana helped to nurse back to health. Regardless, both Pua and Heihei add an endearing, loving presence to the film.

Despite serving in a non-talking role as a pet, this reindeer from Disney’s Frozen franchise has a pretty big presence throughout both films as well as in all the spinoff shorts that have come out throughout the years. The bond between Sven and his human Kristoff goes beyond that of just pet and owner.

For all intents and purposes, they are really more like brothers, who grew up together. All the same, Kristoff is unquestionably the caretaker of Sven, but in many ways, Sven reciprocates in taking care of Kristoff.

Who wouldn’t want a pet tiger in their court, protecting them? That’s certainly the case with Princess Jasmine and her big cat in Disney’s Aladdin. While other characters in the film(s) are also presented with having animal sidekicks, if we may, their relationships aren’t on the same grounds as that of Jasmine and her pet tiger Rajah.

You can say Aladdin and Abu have a bond, but they appear to be more mutual friends than owner and pet. And in the 2019 live-action remake, the title character even makes a statement on how Abu was the only parental authority in his life. Jafar and Iago are arguably really more partners in crime than bird and master.

All the same, Rajah is a loving and loyal companion to have around the otherwise-confining palace. What’s more, while Jasmine dotes on him so, he shares the bond as a caring, committed “kitty” who has his owner’s back and is there to defend her from any and all deemed threats.

Perhaps you are familiar with this black and white Tuxedo cat from his premier appearance as Geppetto’s pet in the animated adaptation of Pinocchio in 1940. Or perhaps you know him best for his follow-up portrayals as the cat Minnie Mouse owns. Either way, you can’t deny his adorable nature in Disney cartoons. Walt Disney himself even expressed his personal favoritism for Figaro out of all the characters from Pinocchio — and that is why he looked for other opportunities to incorporate Figaro into other Disney productions thereafter.

And while Pluto is your conventional, non-talking pet dog in the usual sense, he is a beloved, cherished major character in Disney’s classic character ensemble of Mickey’s Friends, nevertheless. And let’s be honest in admitting that we all wish we owned a dog like Pluto. He’s a Disney icon, after all!

While the dynamics for owner and pet relationships have taken on many different forms throughout the years in Disney Entertainment, such interactions are not always synonymous with being solely human-animal representation. But we can all agree that the commitment to care, along with the mutually transcending bond between pets and their caretakers, is always strongly prevalent and in keeping with true, timeless Disney fashion.