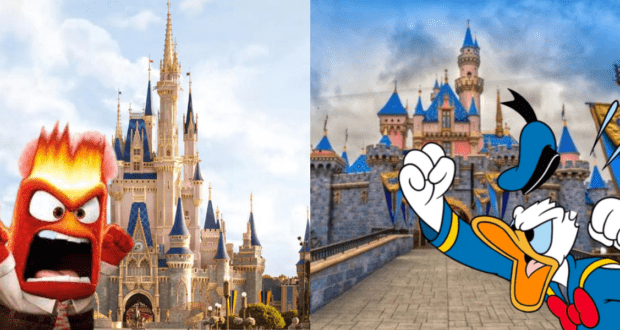 Why Do So Many Fights Break Out at Disney Parks?

Once upon a time, it was preposterous to even consider that any Disney Park or Resort location would ever serve as the site of an all-out explosive brawl. Even foul language and altercations seemed unlikely within the realm of a wholesome, family-oriented magical place where dreams come true. But unfortunately, times have changed, and neither Disneyland Resort in California nor Walt Disney World Resort in Florida remains untarnished by a very significant increase in violence and in-Park fights breaking out. Documented Disney Parks fighting instances have escalated dramatically within the last few years alone. In fact, things are now so out of hand that the Walt Disney Company even felt the need to issue an official courtesy advisory under both the Disneyland Resort rules and Walt Disney World Resort rules sections of their respective websites, warning Guests against such barbaric behavior and uncivilized antics.

A lot of unanswered questions remain as to why there is so much more fighting in Disney Parks now than ever before. Despite the mystery, we can at least look at all the individual instances and identify some of the direct catalysts behind a number of the brawls that have broken out. It’s also easy to see certain repeated patterns emerge when analyzing the different kinds of triggers that have directly resulted in such uncouth actions among Guests. While these observations remain speculative at best, they do at least shed some light on why so many fights break out in Disney Parks just the same. Here are some of the most likely reasons.

Related: More Fights Break Out in Disney World, Guests Catch Them on Camera

While altercations and violent confrontations may be more recent occurrences, line-cutting ordeals are nothing new at any theme park, even a Disney theme park. And this has definitely been one of the most frequent points of tension to spark several fights. Sometimes the act is of a more innocent nature—an undefined line involving two or more people, each believing they are rightfully next. Other times, various members of a party get separated, and then one is accused by an onlooker of cutting in front of everyone else. Sometimes it’s a matter of a kid unknowingly cutting in line or someone holding a space for another member of their party. The story, however different, essentially ends up the same way—a full-blown brawl between various individuals all over perceived butting in line. 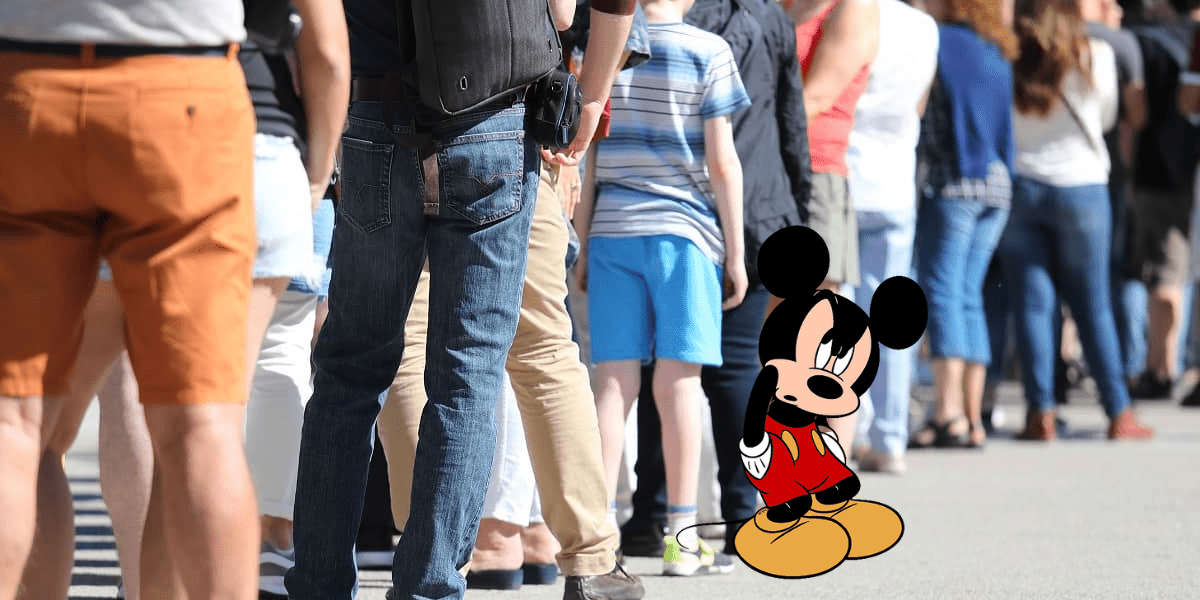 Related: Another Brawl Between Guests Caught on Camera at Walt Disney World

We can all agree about the feelings of frustration, unfairness, and bitterness that rise up within us when our views become suddenly obstructed while trying to enjoy a Disney parade, show, or nighttime spectacular. And with all the showtime action progressing along at such a time when we are unable to see them as they progress (and essentially end up missing them altogether) in addition to all the loud music and noise to contend with, it’s really no wonder why some folks end up blowing a fuse. Sometimes it’s a matter of a small child being blinded by a much larger person, raising the ire of a parent. Other times it is the child and parent doing the blocking, when said parent lifts said child up onto their shoulders, resulting in blocked views for all the others around them. Then one thing leads to another and a fight breaks out. 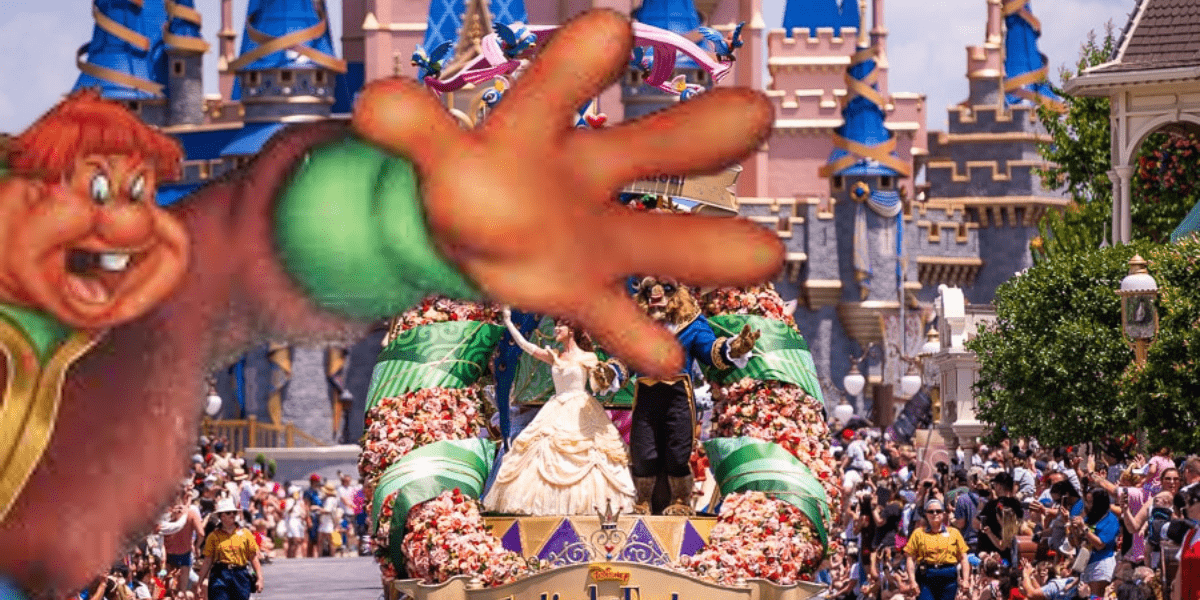 This remains one of the biggest instigations for Cast Member-Guest altercations throughout various Disney Parks. It’s simple, though; Guests need to do their part in making wise, mutually respectful decisions about how they choose to dress when attending Disney locations. If they do not, they will be called out by a Disney Cast Member and be dress-coded. That is how it should be, yet for some reason, it still garners disputes where Guests either try to defend their wardrobe choices or even mock and taunt the Cast Member tasked with disciplining them. While these situations often result in heated shouting and sometimes a bit of coarse language being thrown into the mix, things are far less likely to turn physically violent in such instances. But there have been times when a Cast Member needs to call in additional remedial backup when dealing with a particularly hostile Guest. 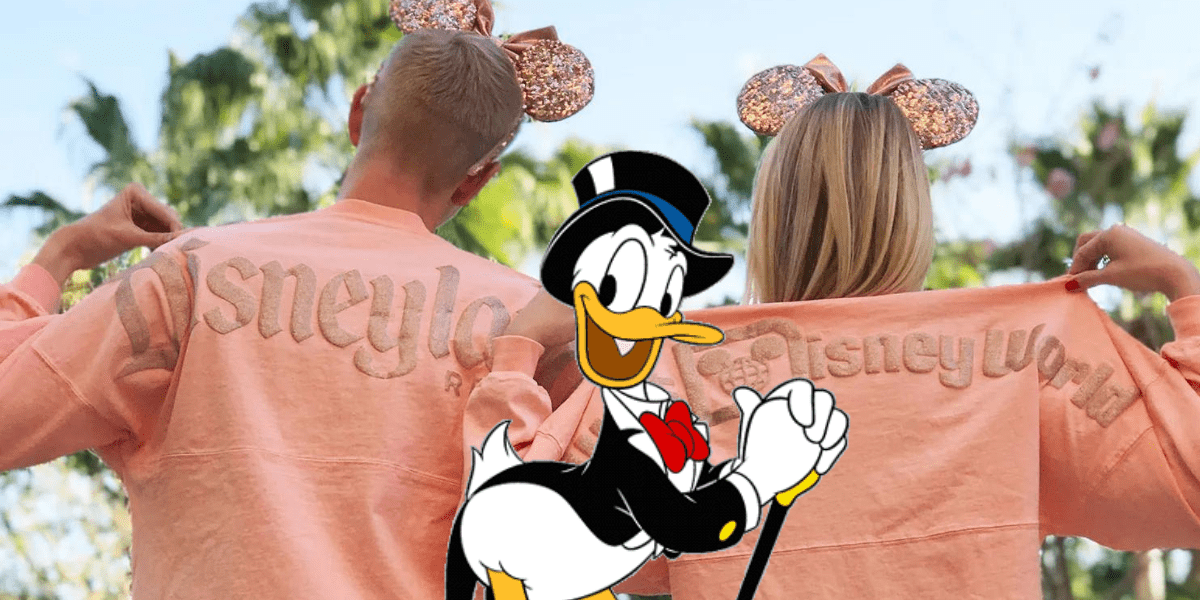 While this certainly can’t be blamed for every account of Disney discord to come about in recent years, there is an undeniable correlation between the rise in Disney Adults visiting Parks and the numerous fights that have broken out. While Disney is, and always has been, for everyone—not just children—you cannot deny that Walt Disney was in fact moved to create an experience directed at children and their families specifically. So, like it or not, Disney Adults need to act their age and just accept the fact that when it comes to choosing between a child or an adult in such situations as filling an extra rider space or selecting a volunteer participant from the audience, children will almost always be prioritized. Yet still, many adults try to butt in and steal the experience away from youngsters, which almost always leads to full-blown battles with those children’s parents or legal guardians. 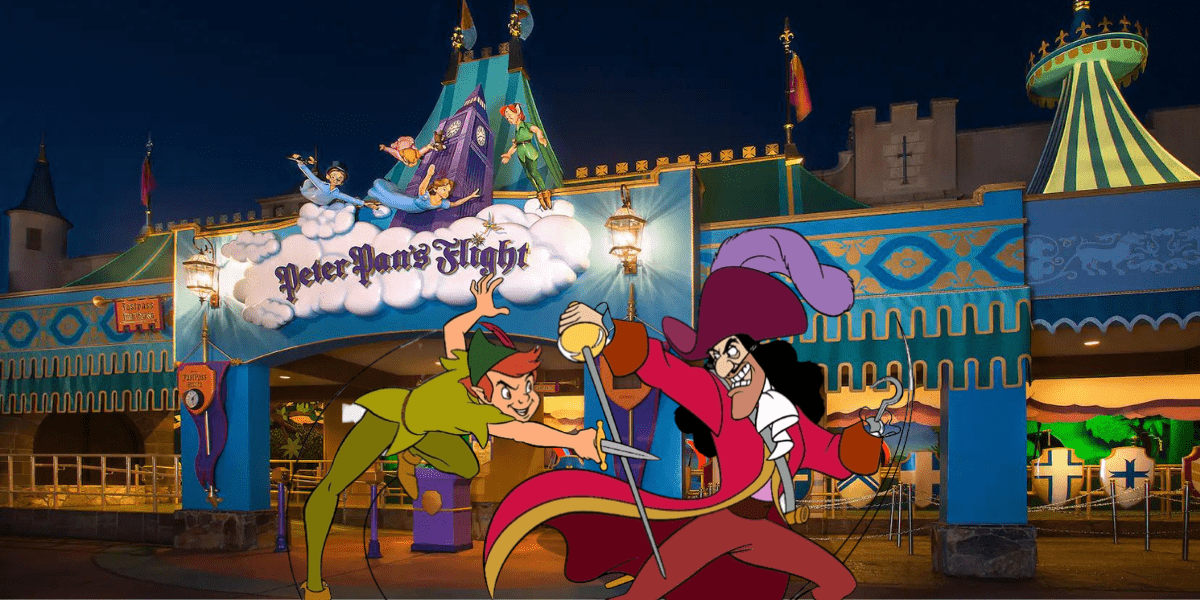 The fact that alcohol is now being served at pretty much all Disney Park and Resort locations is a testament to Disney’s catering to the adult crowds now more than ever before. Disney World’s EPCOT has a long history of sporting boozy beverages and is even well-known for its annual International Food & Wine Festivals. So, things never really changed there. The idea of Hollywood Studios offering spirits isn’t all that surprising either, although some do feel that the “Grown Up Lemonade” and other spirited selections, which are placed discreetly on the otherwise kiddie-classics menu featured at Woody’s Lunch Box in Toy Story Land, is a bit too much. And it’s also debatable whether Animal Kingdom Park should even be offering libations given the atmosphere. Still, the biggest lamentation came about once the previously dry Magic Kingdom Park caved to adult needs and at last started serving alcohol as well.

It’s debatable just how many of the more recently documented accounts of fighting had anything to do with direct drunkenness or even alcohol involvement. But there are at least a handful of officially confirmed instances where unruly brawling behavior did in fact involve tipsiness. Going over one’s personal limitations of consuming alcohol can greatly alter one’s public behavior and rationale. It can also cause tempers to fall short and for more people to act the fool. 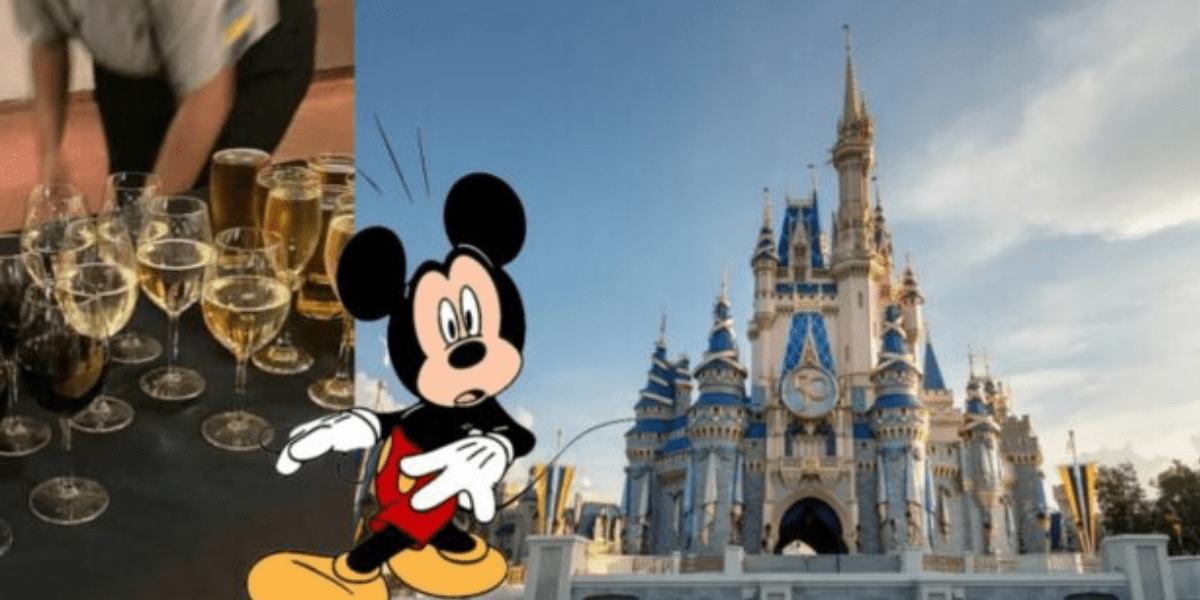 I know personally how stressful it can be when you’re trying to accomplish something major within a set timeframe. And enjoying a Disney vacation should never feel like a chore, greatly impacted by a pending time restraint. But in a way, that’s exactly how it’s become, especially with all those new time restrictions in place. For instance, you can no longer Park Hop before a given Disney location’s set time. And now that FastPass+ is no more, and Lightning Lane selections cannot be made too far in advance, many feel like they are in a rush to get in certain experiences and still make it to their already arranged mealtime reservations and other plans. All this stress can lead to impatience, grumpiness, and lashing out in heated rages. Sometimes it only takes one trigger and a full fight is already mounting. 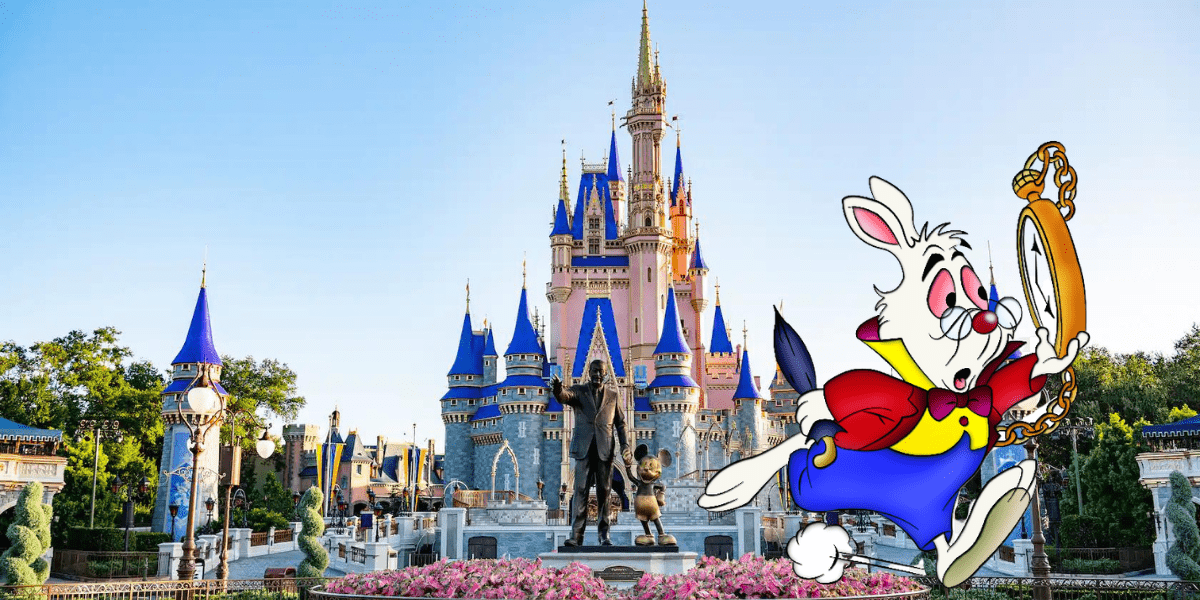 Disney rules and regulations are nothing new. In fact, they’ve been around ever since Disneyland Park first opened as a way to make the Disney experience as magical as it can be for Guests. Yet still, with a rise in unruly behavior and many folks still recovering from the recent regulations overload brought about by pandemic restrictions, it can be enough to spark more defiant behavior in general. Everyone is a little more on edge these days, and that cannot be denied. Unfortunately, edginess is a key ingredient in brewing up the perfect storm for in-Park fighting. 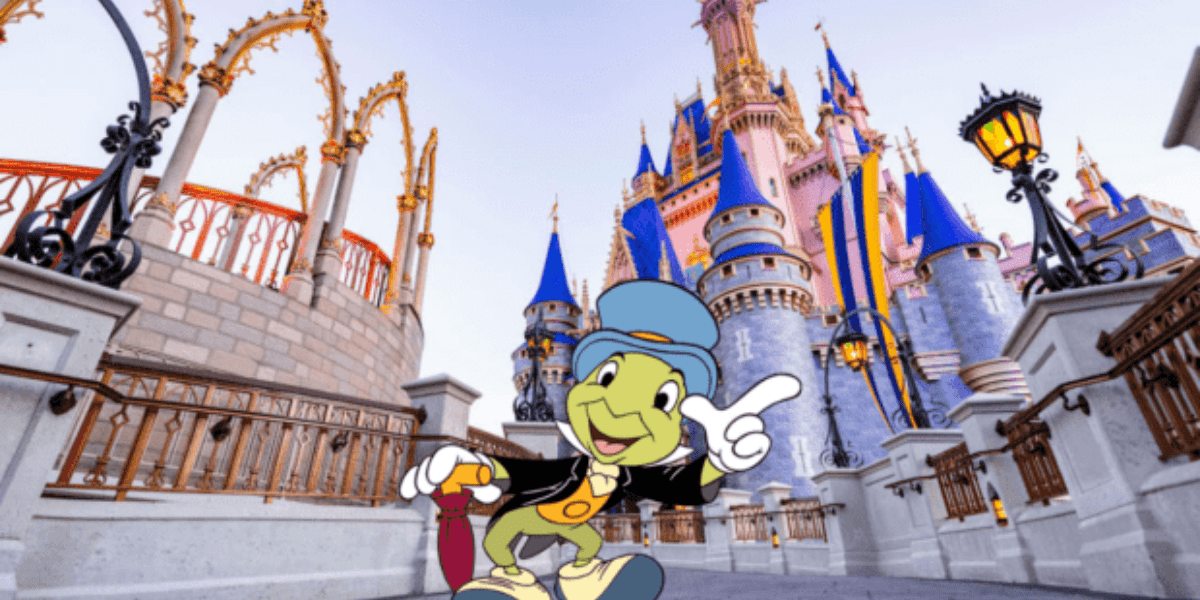 There are of course many other diverse reasons accounting for why fights break out at Disney Parks. In truth, no matter how many parallels we draw, each and every instance is essentially its own unique situation. But despite all that, and no matter how much we try to reason or sympathize with the situation at hand, there really is no good excuse for why fighting should ever be a part of anyone’s Disney experience. Whether you yourself are personally involved in an altercation or end up as an innocent bystander with your saddened children at your side, fighting at any Disney designation is horrible and contrary in every way to the original objective Walt Disney had in mind. Everyone needs to remember just that and work to do better at being congenial and courteous to one another. It’s all about making magical memories to last a lifetime, not mayhem and injuries that can end up ruining your life.