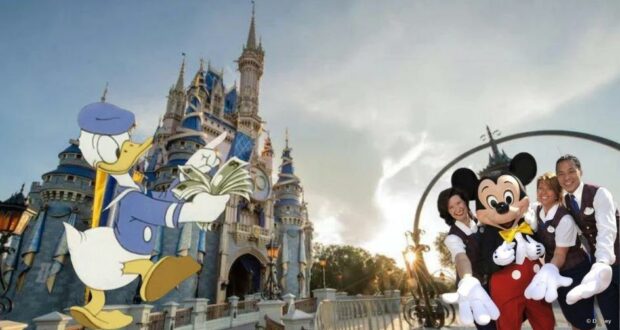 Fans have now expressed a strong desire for Disney’s rising prices to translate into higher wages for Cast Members who are underpaid.

The Walt Disney World Resort in Central Florida and Disneyland Resort in Southern California are world-renowned for being some of the best places in the world to feel the Disney magic. The heart of a Disney Resort? The Cast Members who work hard to make visiting a Disney Park the undeniable Disney experience it is. But it’s well known that Disney Cast Members are not highly paid. In fact, the Disney heiress, Abigail Disney made an entire documentary about it.

With this context, earlier this week, we reported a number of price increases that the Walt Disney Company announced: from the Genie+ prices, to ticket price increases, to price increases for specific rides. And these are just a few of them. Fans were incredibly unhappy with this turn of events and even shared their frustrations online.

But, now a different thread has born of these increases. Fans are calling out the Mouse House for the price rise, asking if the profits will go to increasing wages for the hard-working Disney workers. These Cast Members have hard and rigorous requirements they have to meet, yet are considered by many to not be financially compensated for their true role in making these experiences happen for Guests.

It’s well-known among fans that Disney Cast Members often need more help to survive and meet their needs. And many fans responded to the OP’s thread chiming in about how Cast Members need to be paid more, but also how that was unfortunately unlikely to happen.

Another user, @kaylenesanders added to Alyssa the Amazon, “We did the math once. If parking for each park was 1/2 capacity Disney would make near 4 million a day after paying parking CMS and full YEAR of management salary assuming there were 3-4 managers per lot.”

@cvak421 opined, “I think you will almost certainly see a boost in wages……… of the executive level employee.”

Another fan, @KJRack agreed, “Next thing you’ll be telling me is that maybe they will hire more staff to help with growing crowds, so silly.” 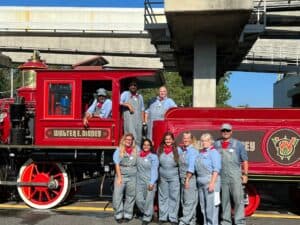 Fans have been displeased with the way things have been going with Disney for months now, with constant expressions of that displeasure. So far Disney has not commented on these issues, rather, they expressed that in fact per their numbers these systems were working well and that these price rises were inevitable.

Here’s looking to some resolution from Disney to some of these complaints sooner rather than later.