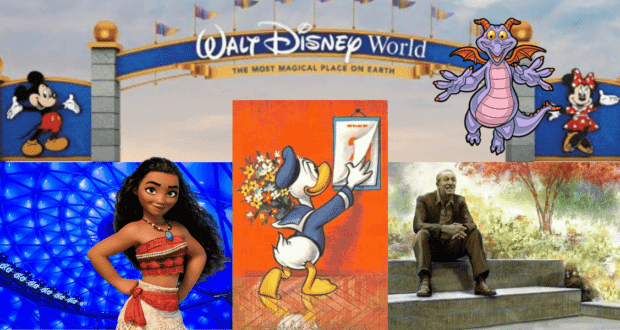 Keeping up with all of the latest Disney news regarding closures, renovations, and openings throughout the various Disney Resort and Park locations around the world can be a bit of a challenge. Doesn’t it just seem like the Walt Disney Company always has a ton of irons in the fire at any given time? And so many times the plans they tease us with either undergo a full reimagining or become delayed from opening on their prospective slated dates. Even worse, some plans end up getting scrapped altogether.

It’s been a rough couple of years, there’s no denying that. Between the D23 EXPO of 2019 and the most recent one in 2022, we’ve witnessed firsthand many of Disney’s tentative plans either falling through or being significantly delayed in taking shape and coming to fruition. But after a largely uphill battle, and having to contend with phased reopenings following the COVID-19 pandemic and cutting costs when feasible to do so, Disney does appear to be getting back into the act of making progress on all the current projects that are underway. Still, we cannot turn a blind eye to the many projected promises on the scene at Walt Disney World that were once intended to come about in 2022 but still have yet to manifest. Now there’s the 2023 targeted date for so many pending dreams just waiting to come true. But will Disney stand firm in delivering the magic right on schedule, this time around? Here’s the most current up-to-date projection on everything the Company is claiming is supposed to open at Walt Disney World Resort for the 2023 year and when.

Doesn’t it feel like we’ve pretty much been waiting forever on this “coming soon” attraction? For some, the start officially began the moment plans were revealed back in 2017 during that year’s D23 EXPO. As far as the actual groundbreaking goes, construction has now been four years in the making, disrupting a good portion of Tomorrowland over at Magic Kingdom Park. This even resulted in the long-term closure of the beloved Walt Disney World Railroad. While we cannot fault the Walt Disney Company entirely for some of the factors that were well beyond anyone’s control, we cannot deny that it is taking painfully longer than anticipated for them to wrap things up. But at long last, there is the promise that TRON Lightcycle Run will in fact open by Spring 2023. Still, no official date has been set for the grand opening, although recent teasing from Disney social media suggests that an April opening may be likely. Given all the ongoing theme park progress that’s being observed, along with multiple test runs, Disney really has no excuse for not delivering by this tentative timeline, if not sooner. We’ll see. 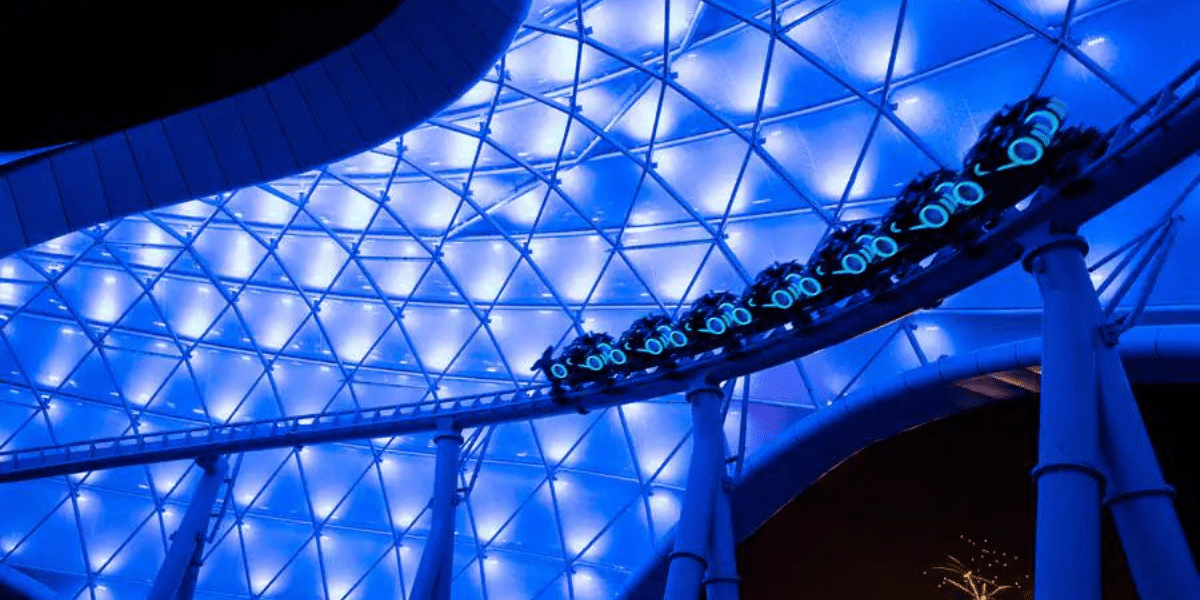 Some folks already know the backstory for how the original Haunted Mansion attraction at Disneyland Resort was supposed to have the ghoulish inclusion of a “Hatbox Ghost” making up the ensemble of 999 happy haunts. Due to constant malfunctioning on the disappearing/reappearing head-in-box effect, though, this ghost was laid to rest for several decades, only to reemerge on the scene back in 2015 when Disney Imagineering used new technology to fix the issue. So, for these many years, Disneyland has had one over Disney World Resort, as far as this attraction is concerned. But at long last, Disney promised at D23 2022 that Walt Disney World Resort will be getting its very own Hatbox Ghost, set to start haunting the scene by early 2023. When he will arrive exactly is anyone’s guess. 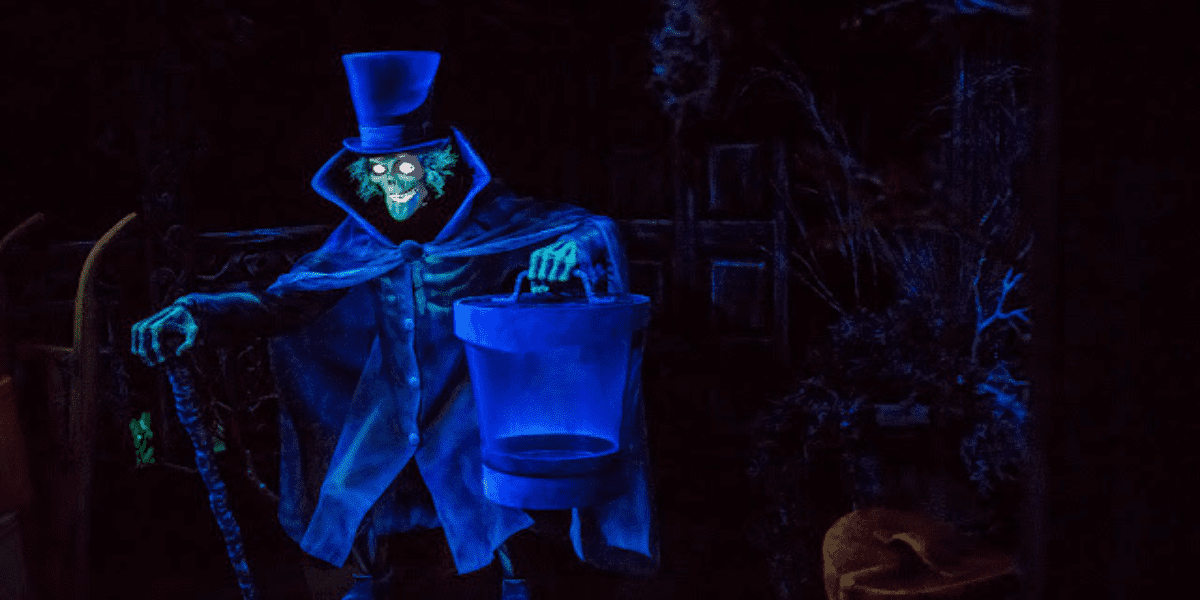 Happily Ever After Fireworks Return

At the D23 EXPO, it was announced that the beloved “Happily Ever After” nighttime spectacular would be returning to Magic Kingdom Park sometime during the Spring of 2023. It was replaced by “Disney Enchantment” back in 2021 as part of the ongoing 50th Anniversary Celebrations. At last, we now know that “Disney Enchantment” will put on its final show on April 2, 2023. On April 3, “Happily Ever After” will make its happy reprisal and will be better than ever, even featuring some surprising new projections. 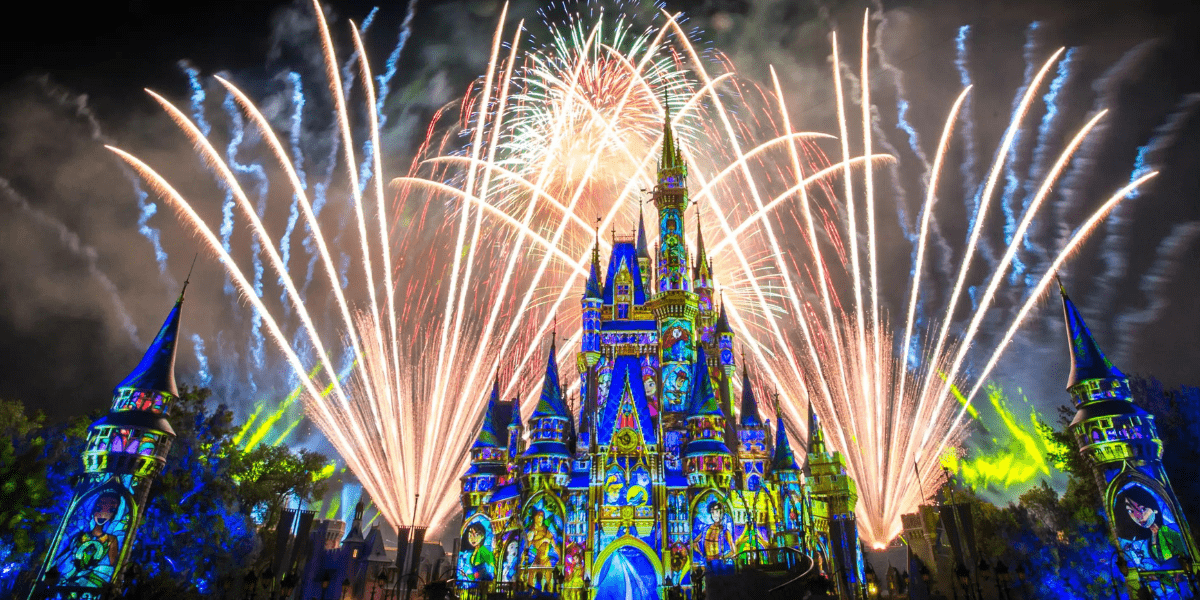 The Magic Kingdom isn’t the only Disney Park replacing its nighttime spectacular in 2023. Disney has confirmed that EPCOT’s “Harmonious” fireworks, which are currently showcased nightly over the World Showcase Lagoon, will be coming to a close at the beginning of April. Taking its place will be a brand-new nighttime spectacular that we still don’t have very many details about. Before then, however, we now know that the former show “EPCOT Forever” will be briefly returning to the scene for the interim beginning April 3, 2023. But we may be waiting a bit longer for the more permanent show to get underway, sometime later in the 2023 year. Hopefully, the newer show won’t leave Guests with the same underwhelming reception “Harmonious” did. 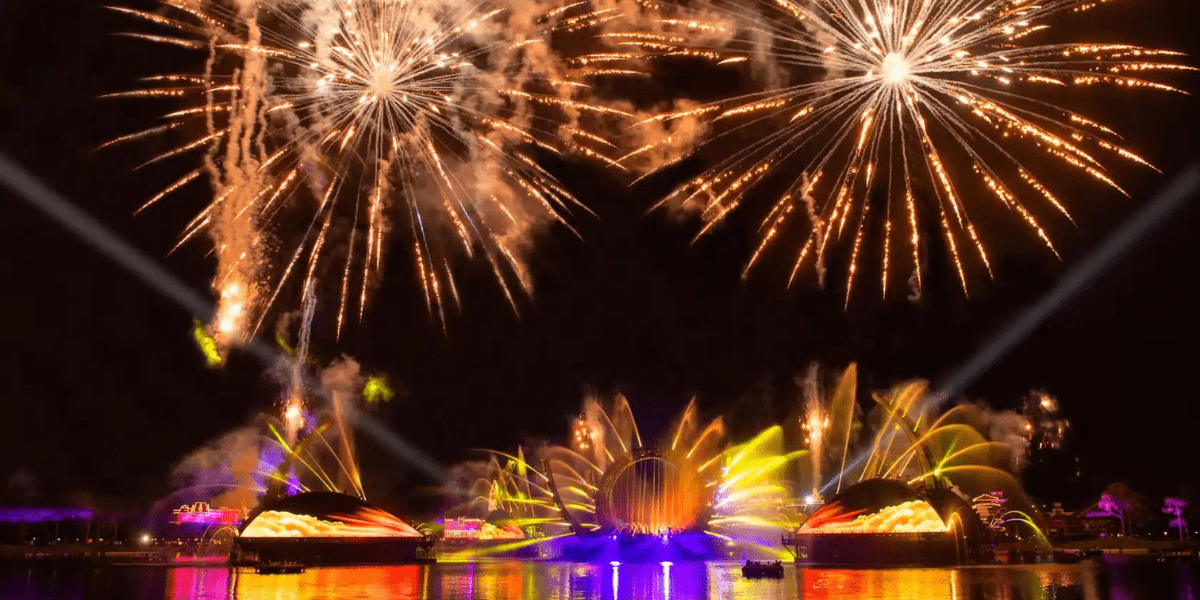 This may just be one of the most long-awaited “coming soon” attractions slated to open at EPCOT before the end of 2023. While so many other announced projects were initially scrapped or unassumingly dropped from the drawing board, I’m happy to report that work on this Moana-inspired addition is actively progressing along and should be right on schedule to open in the World of Nature neighborhood by its intended timeline. That is, assuming all continues to run smoothly going forward between now and then. 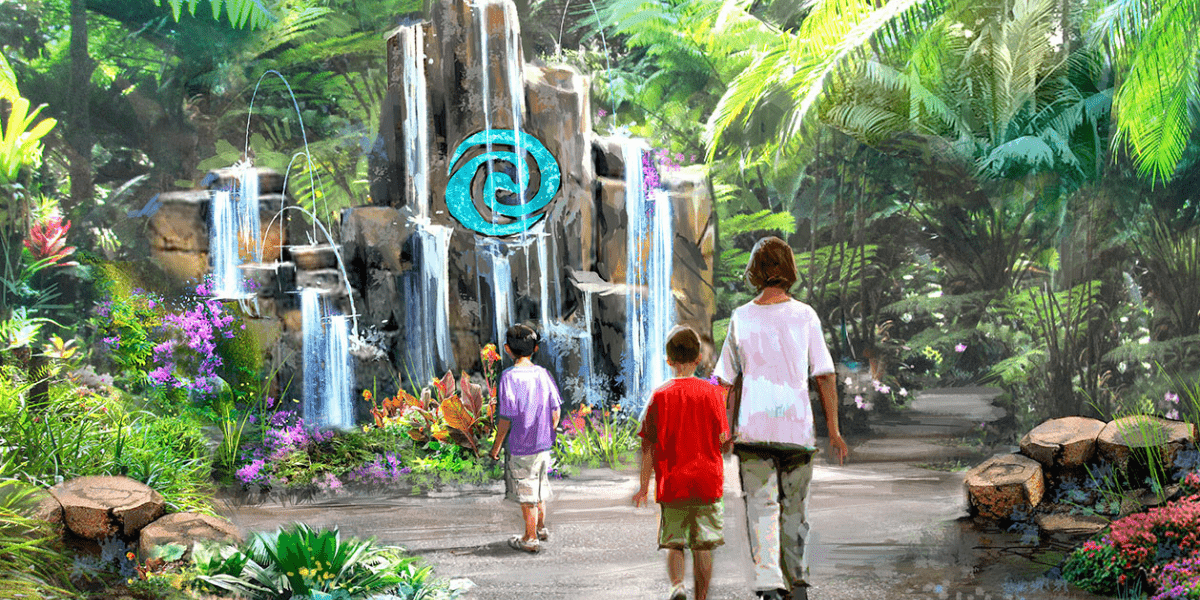 That adorable purple dragon, Figment, first made his appearance as a Disney Character in EPCOT back in 1983 with the opening of the Journey into Imagination attraction. Fast-forward nearly four decades and he will at long last be getting his very own Meet and Greet. The announcement was made during the 2022 D23 EXPO but so far, we do not have many details about where the intended Meet and Greet location will be exactly, or whether Figment will be the embodiment of a fur character or take the form of some enhanced animatronic technology. All we know for sure is that the Figment Meet and Greet has been slated to take place before the end of 2023. Let’s wait and see if Disney keeps to this deadline! 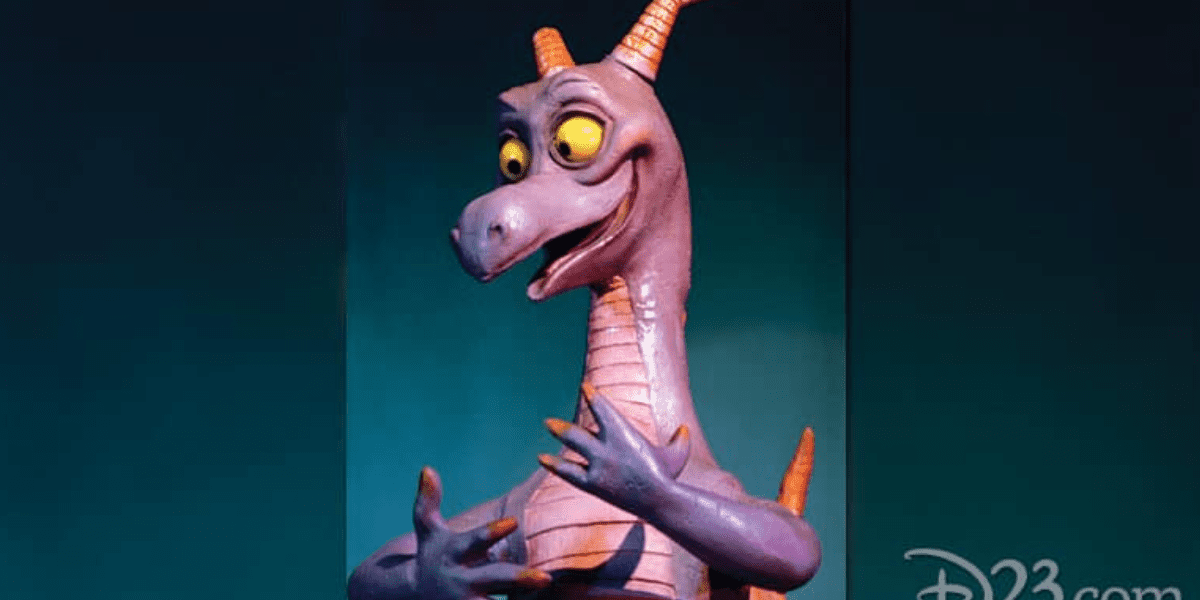 Back in 2019, Disney revealed plans for a three-tiered Festival Center that never moved forward. Taking its place, though, is the reimagined concept of CommuniCore Hall and CommuniCore Plaza on the originally intended site. The hall section will feature plenty of indoor space for festival-like activities during special events, an art gallery, and a special Character Meet and Greet area. The plaza will include two concert stages for live musical performances large and small. Other fun inclusions to the site will be a mixology bar, demonstration kitchen, and more. 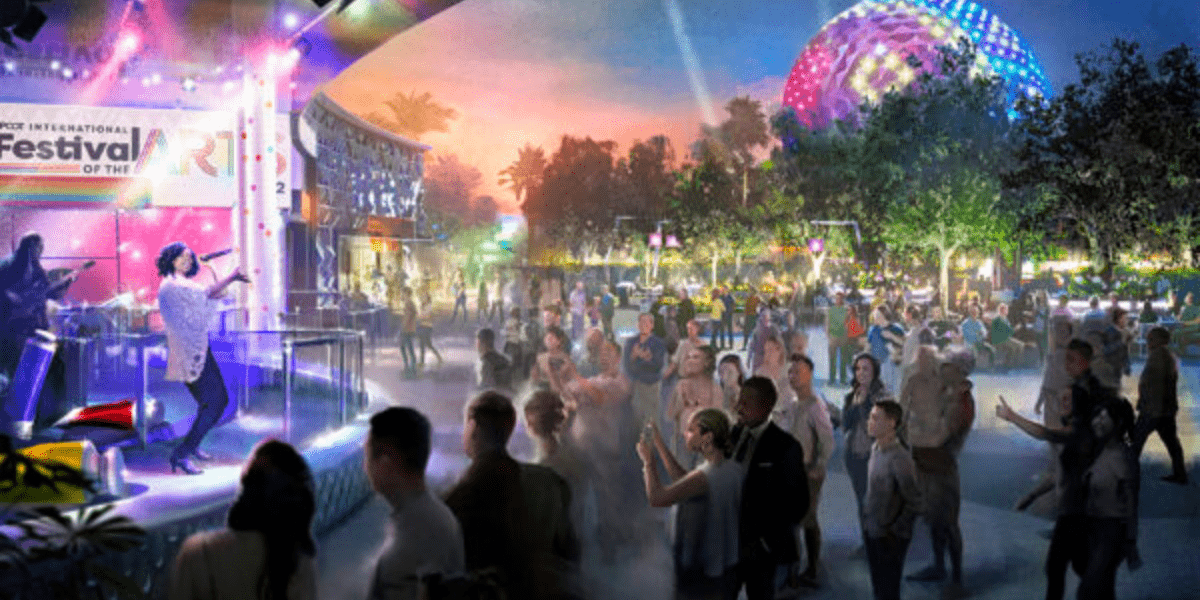 While EPCOT is certainly known for its flowers and topiaries one overlooked aspect that’s been missing for far too long is a truly impressive, intricately presented garden setup with plenty of seating and areas for relaxing. Well, by the end of 2023, the plan is that Guests will finally be getting such a garden respite area, rightfully located in the World Celebration area, no less. That is the plan, and hopefully, we’re right on track to see it become a reality. We’re also waiting on a promise from Disney to bring back embedded lights to the pavement. 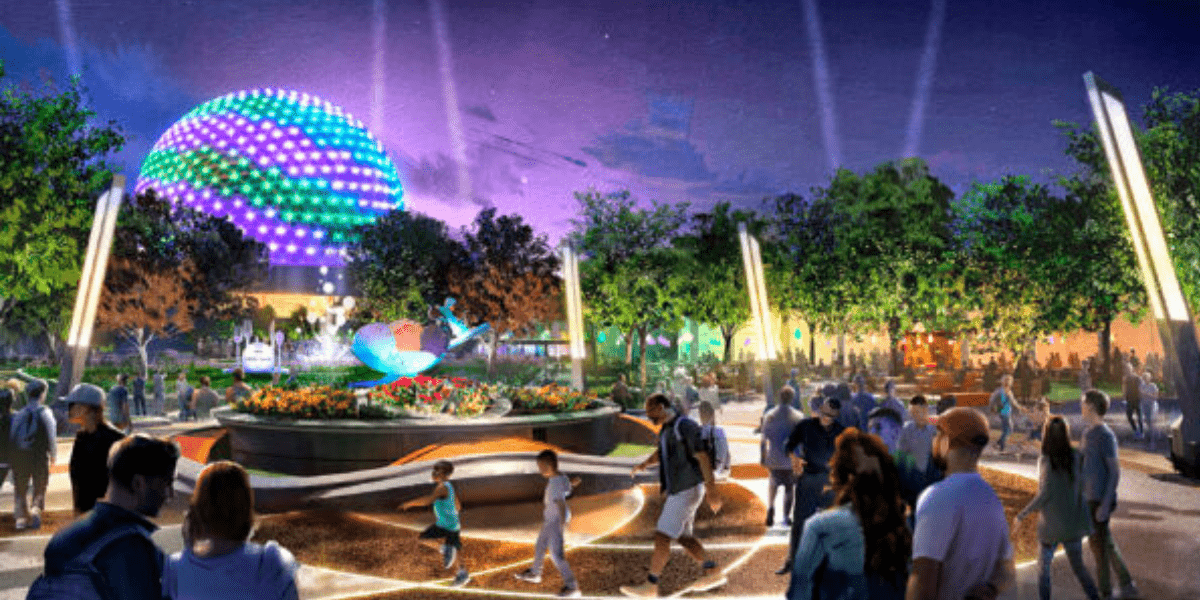 There’s also supposed to be a section known as Dreamer’s Point opening here, which will include both a storytelling fountain as well as a “Walt the Dreamer” statue, central to the gardens, right near Spaceship Earth. All this is supposed to be concluded before the end of 2023. Whether all is completed on time is anyone’s guess. 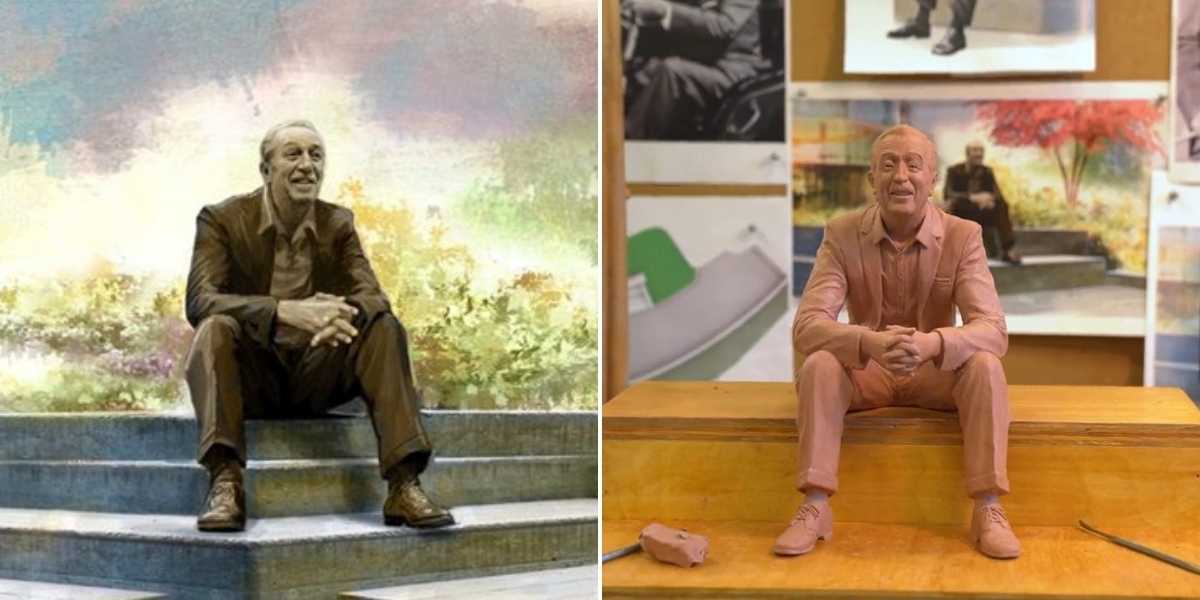 It feels a little like Disney is playing a game of Wack-A-Mole regarding their water park operations. When one reopens, the other one closes, it seems. This leads us all the speculate just when both will be open at the same time! After closing for renovations, for instance, Disney’s Blizzard Beach reopened on November 13, 2022. This was just a day after Typhoon Lagoon closed for what is now an ongoing, lengthy refurbishment in the works. Now we are in 2023 and, while there has been no official word for when a reopening is expected, everyone can assume it will be sometime before the end of the year. 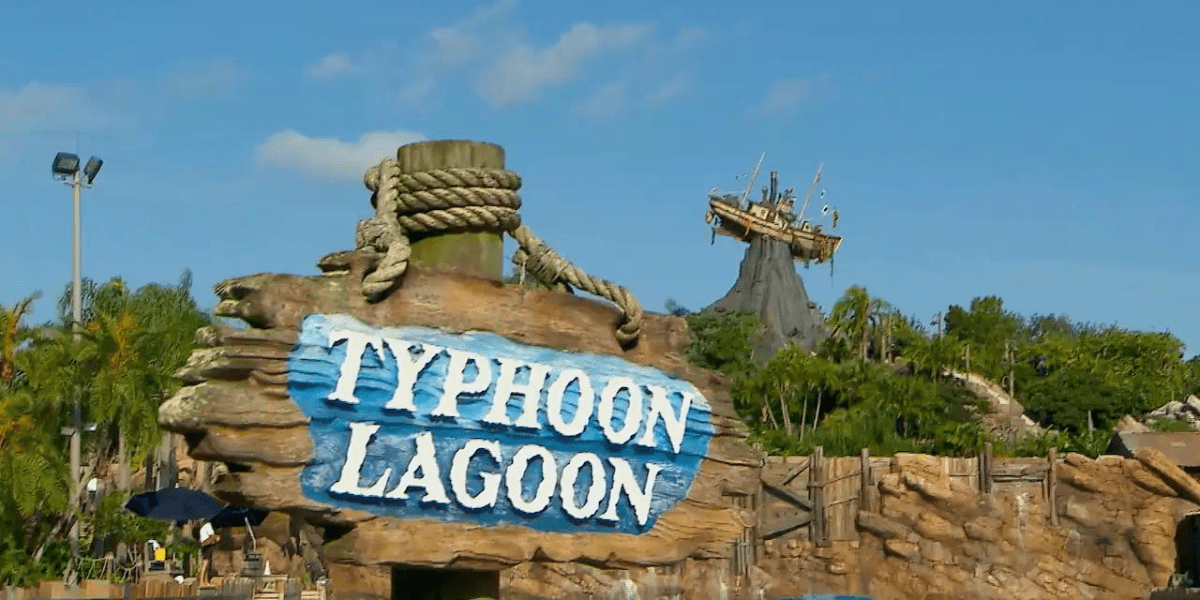 It’s refreshing when an anticipated opening happens ahead of schedule. Many, for example, weren’t expecting Carousel Coffee over at Disney’s BoardWalk Inn to open ahead of the 2023 year, but as of December 28, 2022 things are now in full swing. Unfortunately, the same cannot be said of Roundup Rodeo BBQ. Once upon a time, they told us it would open in 2020. Well, we all know how well things went that year. Then the schedule was revised to sometime in 2022. Well, here we are in 2023 with a new expectation for Spring 2023. In observing the ongoing progress, though, we all have reason to hope that this will prove to be the true opening date. 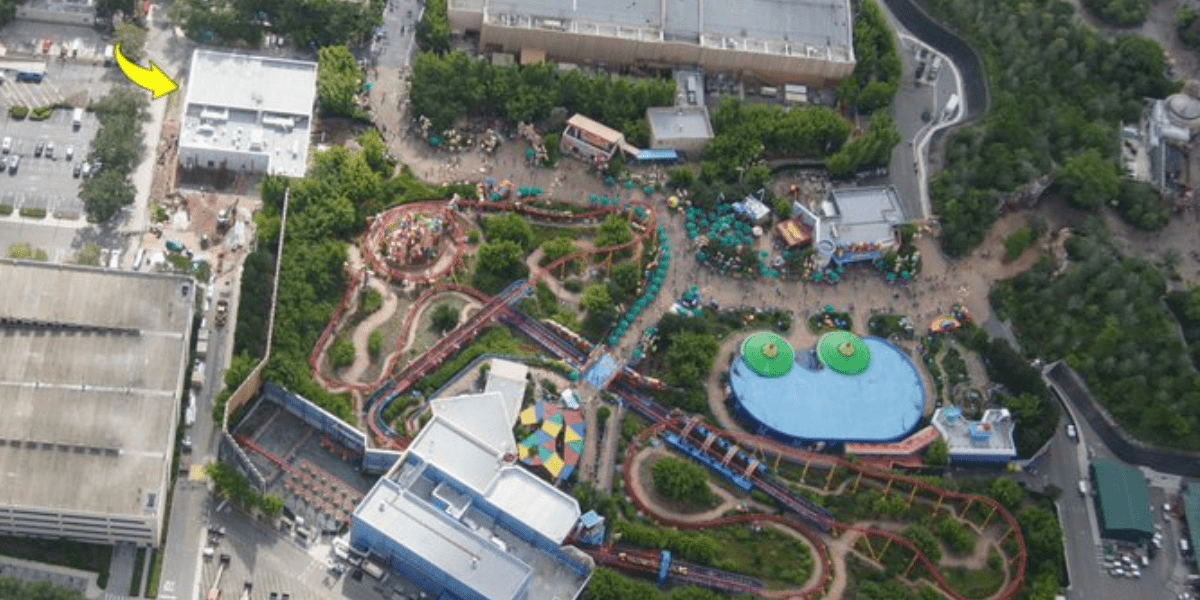 Taking the place of the BoardWalk’s former ESPN Club location is this sweet spot, intended to open sometime during the 2023 year. Serving as both a restaurant as well as a bakery, unique callouts here will even include afternoon tea services and other features you may have difficulty waiting for. Let’s hope we won’t be waiting too long. 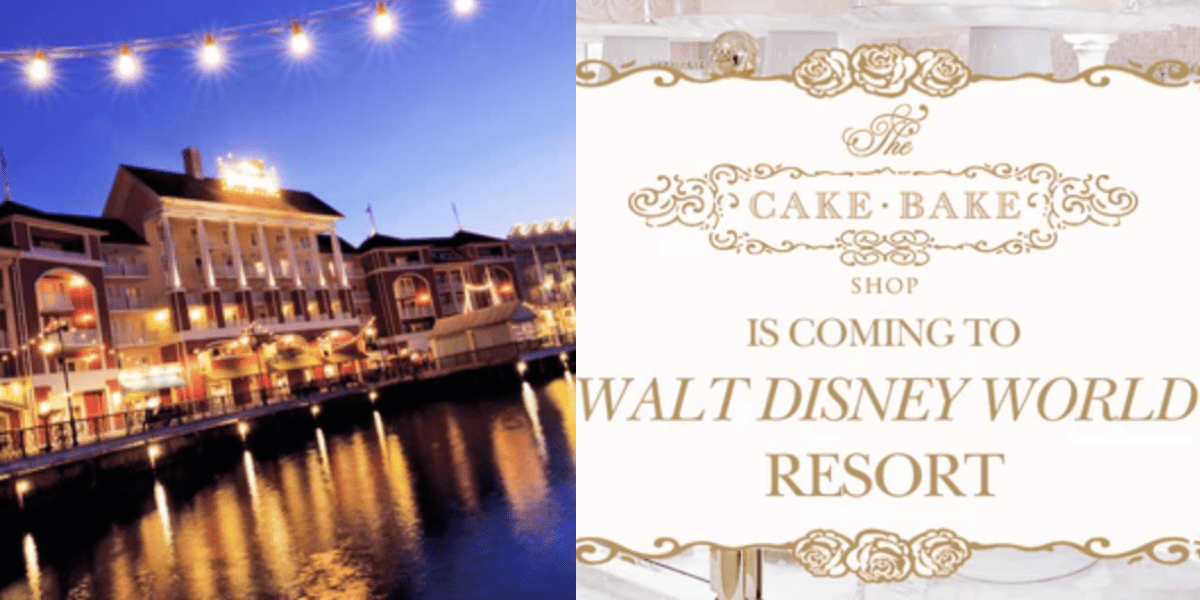 The Walt Disney World Swan and Dolphin Hotel site is expected to welcome this new “elevated fiesta dining experience” to the scene sometime in early 2023. So, it really shouldn’t be too long now, before Guests get to enjoy the stellar authentic Mexican cuisine fixings and award-winning margaritas to be featured on the menu here. Let’s just wait and see if they’re serious about the “early” and “2023” parts of the slated opening timeframe they’ve been teasing. 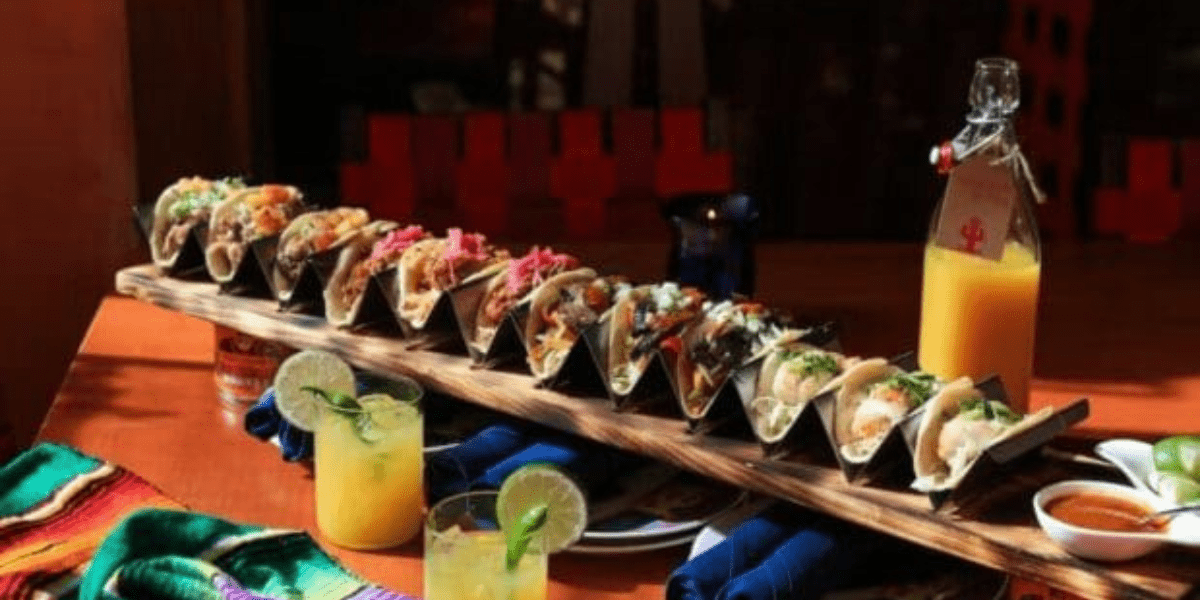 Summer House on the Lake

The restaurant scene at Disney Springs isn’t without its own tentative 2023 openings, particularly where this California-inspired concept is concerned. Known for utilizing locally sourced ingredients for a fresh delivery of salads, sandwiches, pizzas, pasta, and more, there are many reasons to want this new venue to be open sooner rather than later during the 2023 year. Let’s just hope the year is in fact 2023 and circumstances don’t push the grand opening back even further. 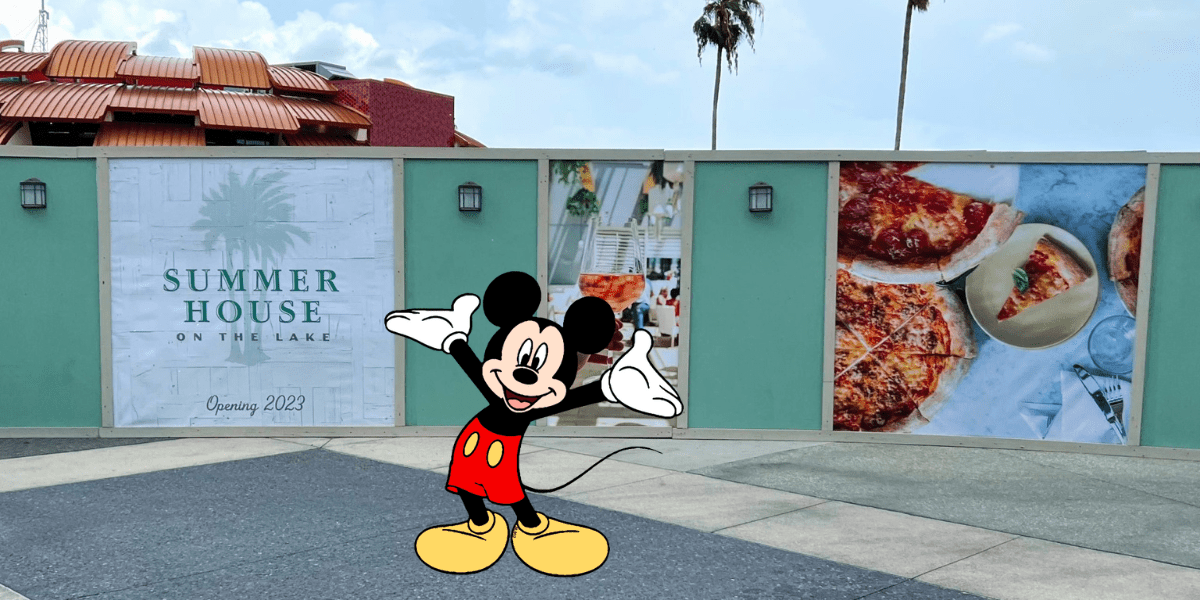 There are many other ongoing projects on the scene at Walt Disney World, many of which have a more long-term opening date projection of 2024 or beyond. For instance, we all know that Splash Mountain will be closing by the end of January 2023, at which time a massive reimagining will transform the existing attraction site into Tiana’s Bayou Adventure. But that won’t open until 2024. There are also unconfirmed plans for renovations over at DinoLand U.S.A. in Disney’s Animal Kingdom Park with no real targeted date given as of yet for what may come about and when exactly such changes will take place. And then there is that constant matter of Disney Resort renovations. Many projects are currently in the works with an eyed 2024 completion date, although some work may wrap up as early as 2023.

As eager fans of all things Disney, waiting can oftentimes feel excruciating, especially given how much we’ve all been putting up with in more recent years, waiting with so many lingering uncertainties. We can only hold onto the hope that Disney will finally deliver by these currently targeted opening dates and that in the end, it all will have been worth the wait.