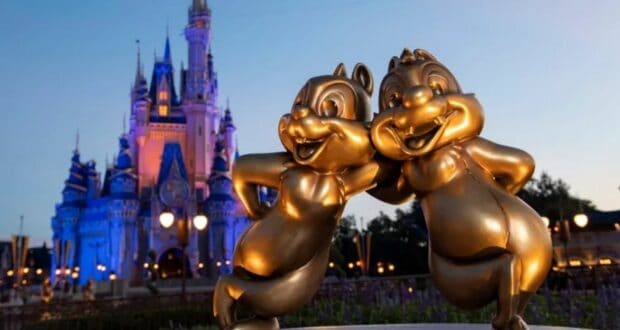 It’s been a LONG two-plus years, Disney fans! When the COVID-19 pandemic hit in 2020, we had no idea the impact it would have on the world. Now over two years later, people are ready to make “revenge travel” plans.

While typically, “revenge” sounds like a super negative word, in this case, it’s actually being used in a positive connotation! CNN recently released a report about “Revenge Travel”. Revenge travel is a trendy new phrase that has emerged on social media. After years of borders and destinations being closed, tourists are ready to vacation for the first time in over two years.

So, of course, our thought for those looking to plan their next “Revenge Travel” vacation is to head to “the most magical place on earth”… Walt Disney World Resort, of course!

Walt Disney World is brimming with the return of fan favorites and new experiences ready to welcome Disney Guests this summer. At Magic Kingdom Park, Guests can once again see the Festival of Fantasy Parade, spot the new Fab 50 golden sculptures, and experience the 50th Anniversary fireworks spectacular, Disney Enchantment.

EPCOT is currently under transformation for its new four neighborhoods. But instead of worrying about construction walls, Guests are rushing in for a chance to ride the new Guardians of the Galaxy: Cosmic Rewind coaster. Plus, a new restaurant, Connections Cafe and Eatery has officially opened, and Disney is preparing to unleash the EPCOT International Food & Wine Festival in July.

At Disney’s Hollywood Studios, Disney has promised the return of Fantasmic in the near future. Guests can also once again hug characters at character meet and greets throughout the Disney Parks. And no one can resist newer attraction experiences such as Star Wars: Rise of the Resistance and Mickey & Minnie’s Runaway Railway attractions.

Over at Disney’s Animal Kingdom, Avatar Flight of Passage is as popular as ever. Expedition Everest is once again open and welcoming Guests to face the Yeti. Disney also has plans to return its Mickey and Minnie character meet and greet to the Park, as well as the introduction of a new and improved Finding Nemo: The Big Blue… and Beyond stage show soon.

Even Disney Springs is a perfect place to visit with its free entry! A new ice cream shop called Salt & Straw has made its debut. Cirque du Soleil is back with Drawn to Life, and an enticing new Dole Whip location called Swirls on the Water is now available at Disney Springs.

It’s no secret that Walt Disney World Resort has been met with some hostility with the addition of Disney Genie+, Lightning Lane, and the new Park Pass system, but we personally believe the pixie dust magic is still alive and well. Happy planning your “Revenge Travel” to Walt Disney World!